A helicopter will look for hotspots in a 100 hectare wildfire in the Mackenzie district this morning, before strong winds are expected to arrive. 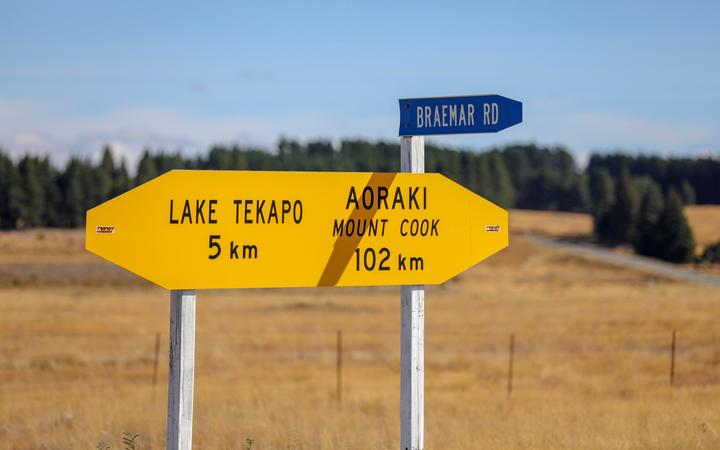 A wildfire continues to smoulder near Tekapo this morning. Photo: RNZ / Simon Rogers

A thermal imaging camera in the helicopter will help detect areas that could reignite the large blaze.

But the fire continues to smoulder in a mix of scrub and tussock, forestry and farmland.

Mackenzie Emergency Operations Centre spokesperson Chris Clarke said there was a temporary speed limit on State Highway 8 from Fairlie to Tekapo because of the blaze.

"We're asking people to be very careful when they're passing through the area," Clarke said.

"It's a busy time of year for overseas visitors and domestic tourists. With unfamiliar roads and a bit of smoke, we don't want any other situations arising."

Crews were first called to the fire shortly before 4am on Friday.

Clarke said neighbouring district councils and the Department of Conservation had pitched in to help fight the fire.

"It's a huge team effort and we're very grateful to the personnel involved," he said.

Firefighters yesterday could not stop the blaze killing an unknown number of sheep penned up in a shed for shearing.