Firefighters are battling a vegetation fire in the Mackenzie District that's spread rapidly to more than 100 hectares. 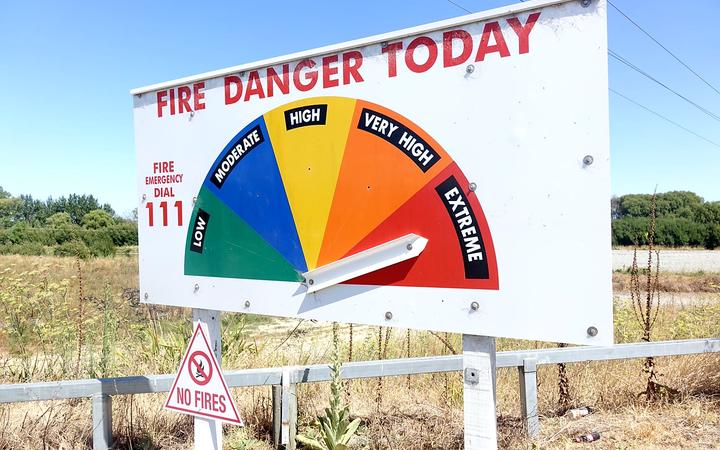 They were called to the fire in Burkes Pass near Kimbell shortly before 4am near Fairlie-Tekapo Road.

Farm buildings on one property have been scorched in the fire, Mackenzie District Council said only one land owner is affected and there's no current threat to houses.

The blaze is among more than 25 fires in Canterbury, Otago and Southland that started overnight, although almost all of the others have been contained.

But firefighters will be revisiting a few to dampen them down this morning.

A total fire ban was imposed last week in Canterbury but some old burnoffs have been smouldering for weeks and reignited last night in the high winds, Fire and Emergency spokesperson in Christchurch, Lyn Crosson, said.

Fire conditions are expected to worsen over the weekend, with heatwave and windy conditions in parts of the country.

A forecast of extreme fire danger in the dry South Island conditions has led to a ban on all fires in Central Otago and the Queenstown Lakes districts. All activities that cause sparks are are also banned. These include welding, grinding, chainsaw use and mowing roadsides.

MetService meteorologist Tom Adams said heat would peak on Sunday and should cool down by Tuesday in most areas.

Christchurch and Hastings are tipped to top the weekend temperature charts, with both expected to hit 35C on Sunday.

Adams said the hottest temperatures this weekend will be in the middle of the day, and nights could be muggy and unpleasant for many.

Although it is going to be hot, no records are expected to be broken. The hottest day ever recorded in New Zealand was in 1973 when Rangiora, Canterbury, recorded 42.4C.