The hot weather is set to peak over the weekend, with MetService forecasting temperatures in the mid-thirties for towns on both Islands on Sunday and Monday. 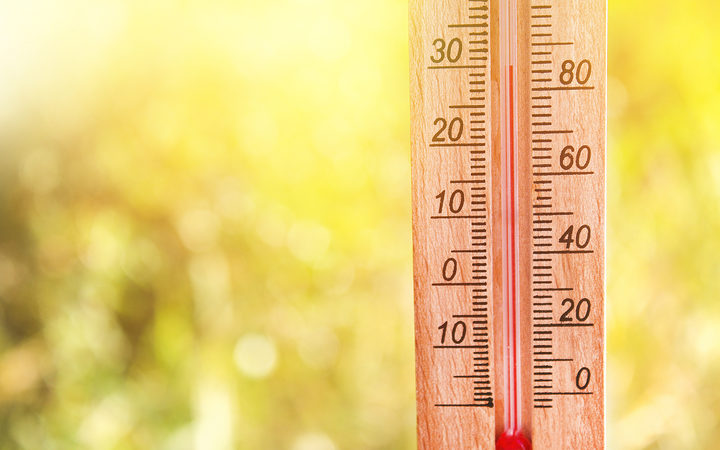 Hot, humid weather is being driven by a slab of humid air sliding towards New Zealand from the tropics this weekend in a northwesterly windflow. Photo: 123rf

In fact, the weather forecaster says heatwave conditions are likely for several locations.

MetService says it's being driven by a slab of humid air sliding towards New Zealand from the tropics this weekend in a northwesterly windflow.

But it'll also be windy - the northwesterlies will bring gales to the mountains and exposed areas near the coast.

MetService has several strong wind warnings in place, and although the wind will ease on Friday, it will be coming back with a vengeance on Saturday.

️Heat and humidity from the tropics for the weekend. Loop shows a tongue of hot, humid air sweeping over NZ this weekend, with expected max temps of 35C for several spots
https://t.co/Yjbq0jxdqz ^TA pic.twitter.com/lCXsNVg7f1

Rain is also in the mix.

MetService said the humid air will bring persistent heavy rain to the southern West Coast and Fiordland between Sunday and Tuesday, with slips and surface flooding possible.

"This will add several extra degrees to the already high air temperatures. Unfortunately, these warm temperatures will stick around at night too, meaning uncomfortably muggy conditions to sleep in."

It would be Tuesday at least before a cold front swept away the muggy air from the South Island before then weakening over the North Island.

Warm temperatures are likely to continue there well into next week.

That means that several locations were likely to meet heatwave conditions, where daily maximum temperatures exceed monthly averages by five degrees for five or more days in a row, MetService said.

Why so warm?
This weekend and early next week are set to be unusually warm, with many areas showing heatwave potential. Warm, moist tropical air and a northwest wind are the cause, combining to cause the Foehn effect https://t.co/48UbWuP6lW ^TA pic.twitter.com/yq3fpbTQqd

Meanwhile, the National Institute of Water and Atmospheric Research (NIWA), has released its climate outlook for February to April.

Rainfall is most likely to be near normal in all regions of New Zealand except for the east of the South Island where normal or below normal rainfall is about equally likely.