The government says it will be difficult to evacuate New Zealand citizens from Chinese areas hit by the new coronavirus, considering the stringent measures in place to protect people from the virus spreading. 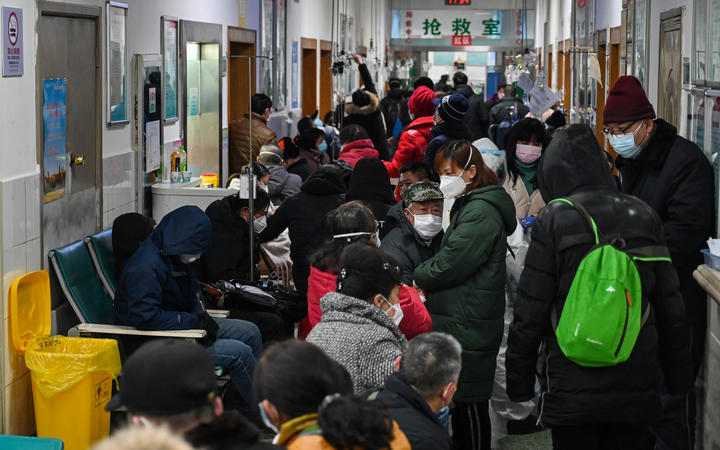 Wuhan - a city of 11 million and the epicentre of the outbreak - is in virtual lockdown and much of Hubei, home to nearly 60 million people, is under some kind of travel curb.

France, Japan, Spain, the United States, Britain, Russia and Germany are some of the countries who expect to evacuate consulate staff and citizens, or have been in talks China about the options to repatriate people.

Two New Zealand families trapped in Wuhan have told RNZ they want help to get out.

An Auckland woman stuck in Wuhan with her young daughter said she hoped the New Zealand government could do more to get them home.

Selina Huang went with her six-year-old daughter back to her hometown to visit her parents and her return flight had been cancelled due to the coronavirus outbreak.

She said the airline company offered them a one-off free re-booking, but she didn't know when the travel restrictions would be lifted and there was a possibility that it could take months.

"I have a young child who's also stuck in Wuhan with me. She's only six years old and she needs to go back to school. She can't stay indoors all the time. It's not good for her health, physically and mentally. She was born in a free country and now she has to stay at home all day. It will have a big impact on her," Huang said.

However, she said there was no need to worry about food and other necessities.

"With the help of the government of Wuhan, there's no problem with food and so on. The supermarkets are trying their best to provide us with enough food. The prices are normal. There's no problem at all," she said. 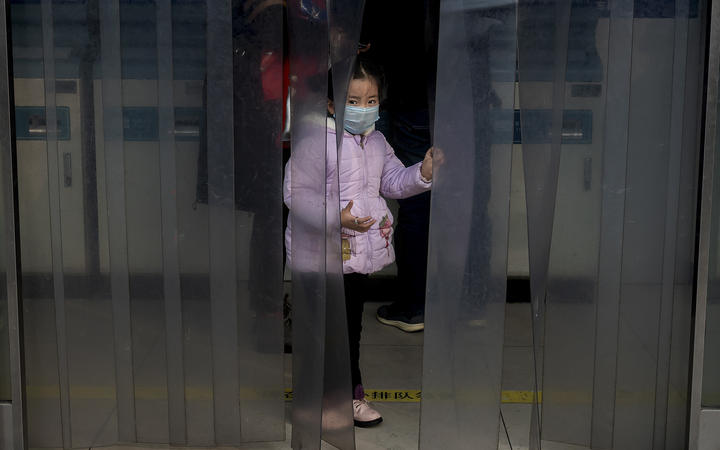 A young girl wearing a protective mask peaks through a plastic curtain at the Beijing railway station on January 27, 2020. Photo: Nicolas Asfouri / AFP

"We just hope that the New Zealand government can do something and take us back home and keep us safe, like many other countries are doing. The children are very innocent in this. I know my daughter is not the only child who is stuck in Wuhan and there are many of them who just came back to their hometown to visit family and friends, or for a tour."

"I have lived in Auckland for a long time. NZ is our second hometown. I came to NZ in 2001. I wouldn't want to bring any harm to it. If we're able to go back, we'll definitely quarantine ourselves for a while, and I wouldn't let my daughter go back to school immediately."

Joanna, who is stuck in Wuhan, told Checkpoint she had tried to seek assistance from the New Zealand embassy in Beijing, but was told they were on holiday until Wednesday.

After calling an emergency hotline, she was directed to register online at safetravel.govt.nz and to wait for further details, she said.

"I feel a little disappointed since many other countries are taking action already, but it seems like the New Zealand government is falling behind."

The Ministry of Foreign Affairs said it received a small number of requests for consular assistance from New Zealanders in Wuhan City and Hubei Province, and the embassy in Beijing is providing assistance to these individuals and families.

"We are aware that some countries are providing their citizens with assistance to depart Wuhan. We are working closely with our China Posts and consular partner countries regarding how best to assist New Zealanders in Wuhan," MFAT said in a statement.

There are currently 21 New Zealanders registered as being in Wuhan City on SafeTravel.

The National Party's Health spokesperson Michael Woodhouse told Morning Report the reports on the lack of consular support were "disturbing".

"I think there are serious concerns about making sure New Zealanders in China are safe."

"There are people in there who for practical reasons need to get out and they can't."

He said while there may be some actions underway, "the absolute lack of any kind of communication about those sorts of things is very concerning."

The Ministry of Foreign Affairs said it was aware some countries were helping their citizens leave, and was also working closely with Chinese officials. 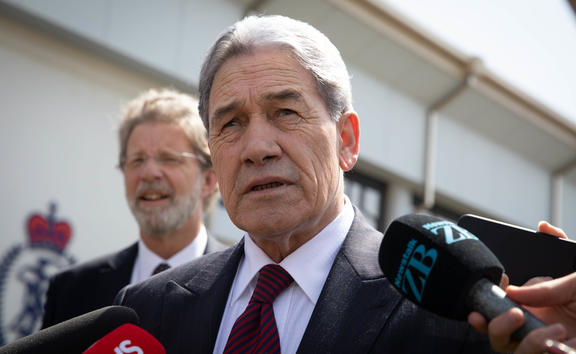 Minister of Foreign Affairs Winston Peters in a statement said the government had to work within the confinements of China's travel embargo for the high-risk areas.

"As the situation develops the New Zealand government will continue to do everything we can to assist New Zealanders and we are considering all options available to us."

The government would consider evacuating New Zealanders if it could be sure it posed no risk to the country, he said.

Director-General of Health Ashley Bloomfield told Morning Report they would work with the Ministry of Foreign Affairs on health precautions if it decided to bring back citizens.

France, which expects to repatriate up to a few hundred of its 800 citizens living in Wuhan, says evacuees will have to spend 14 days in quarantine to avoid the risk of spreading the virus.

- with additional reporting from Reuters