As the number of people killed in China by coronavirus rose to 81 the government extended the new year holiday by three days in an attempt to contain the spread. 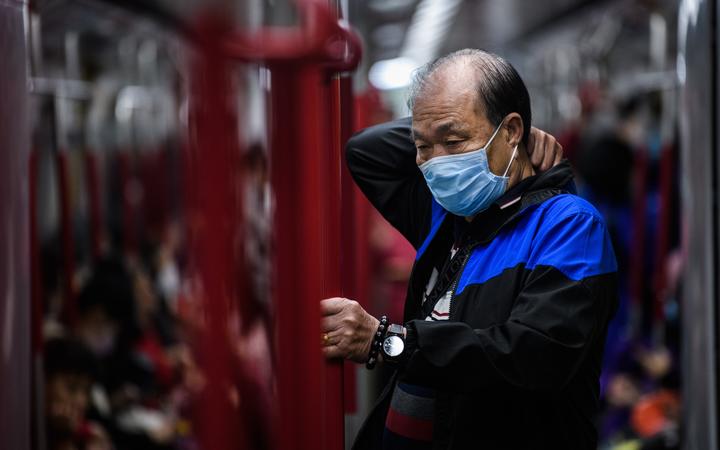 A passenger on the Hong Kong metro wears a face mask as he travels during the Lunar New Year holiday, 27 January 2020. Photo: AFP

Almost 3000 cases of the new virus are confirmed.

The number of deaths in Hubei rose from 56 to 76, with five deaths elsewhere. Wuhan is in lockdown and several other cities have imposed travel bans.

At least 44 cases have been confirmed abroad, including in Thailand, the United States, and Australia.

There have been no deaths outside China.

In Shanghai, the government has stopped businesses from returning to work until 10 February. The ban applies to all companies apart from utilities, medical firms, medical suppliers, and supermarkets.

Meanwhile, the director-general of the World Health Organization, Tedros Adhanom Ghebreyesus, is in Beijing to discuss the outbreak with the Chinese government and health experts.

The BBC's Robin Brant in Shanghai says extending the main holiday of the year is a highly unusual move. But after the pre-new year travel surge, the prospect of half a billion people getting back on trains, planes and buses and criss-crossing the country again is the last thing the government wants, he adds.

The holiday has been extended by three days to Sunday.

On Monday, Chinese Premier Li Keqiang visited Wuhan, the capital of Hubei province and centre of the outbreak.

Experts suspect many more people are infected, but actual figures are hard to ascertain due to a number of factors like some people being asymptomatic.

Prof Neil Ferguson, a public health expert at Imperial College, London, told the UK's Guardian newspaper his "best guess" put the number at 100,000 infected, while figures put together by the Li Ka Shing Faculty of Medicine of the University of Hong Kong suggest the number was closer to 43,000.

However, the University of Hong Kong research also suggested that - without public health intervention - tens of thousands more could be infected every day when the outbreak reaches its height. As a result of their projections, Gabriel Leung, the dean of the faculty of Medicine, was advising "substantial, draconian measures" to limit population mobility.

The coronavirus causes severe acute respiratory infection and there is no specific cure or vaccine.

Most of the deaths have been of elderly people or those with pre-existing respiratory problems.

Source: National Health Commission, as of end of 26 January, and state media

According to the WHO and national authorities, there have been at least 44 confirmed cases outside China:

What is happening in Wuhan?

Travel from the city, home to 11 million people, has been severely restricted and non-essential vehicles have been banned from the roads.

At the Hubei border, workers are checking people's temperatures before allowing them into the province.

The local government in Wuhan said no-one from the city had left China in the past four days. Some 4,096 tourists from Wuhan are still out of the country, while five million new year travellers left the city before the lockdown.

More than half a million medical staff have joined the province's prevention, control and treatment operations, while two makeshift hospitals are being built.