A couple's epic tandem cycle from Dunedin to Wellington to call for increased Pharmac funding has been marred at the final hurdle, with an encounter with Parliament security. 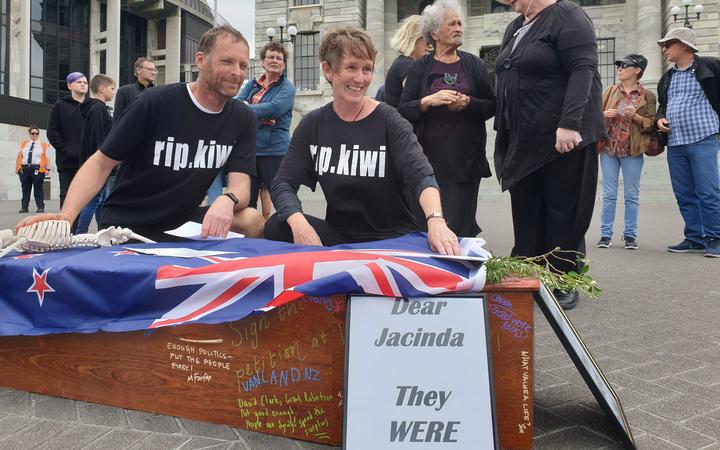 Julian and Camilla Cox made the journey over 18 days, towing a coffin and a skeleton named Hope behind them, and collecting signatures for a petition.

But as they tried to lay the coffin on the main steps of Parliament they were stopped by security and told they had to move to the lower steps.

While they complied, Camilla described their actions as disgusting, disrespectful, and small-minded.

Around 25 people gathered outside Parliament grounds to welcome the couple, including Malcolm Mulholland, who was involved in the recent fight for Pharmac to fund breast cancer drugs.

Julian said it was bittersweet to see the group there.

"It's wonderful, but in a slightly sad way because these people are here because they know someone who is affected or they're affected themselves, and we've been meeting people across the country who are having to self-fund medication", he said.

The couple's daughter, Rachael, has cystic fibrosis - and cannot freely access new life-saving medicines which are being funded in countries like Australia and Britain.

The petition, organised by Patient Voice Aotearoa, asks Parliament to urge the Minister of Health to conduct an external reform of Pharmac and to double the agency's budget immediately, with a plan to triple the budget within two years. 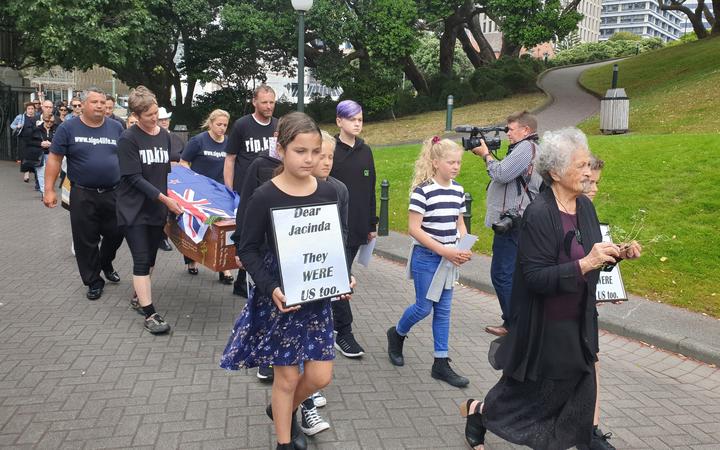 After a gruelling journey, Julian had a strong message for the government: "I'm going to try and say this in a way that's not rude, but, get your act together.

"It's just unacceptable for this to carry on, you know wonderful news that they funded the cancer drug just a few days ago, but how long did it take them? Two years. How many deaths in that time?"

The coffin, inscribed with messages including 'Not another give a little page' and 'They were us too', was draped in the New Zealand flag and carried up to the steps of Parliament.

But the solemn mock funeral procession was interrupted by Parliament security. 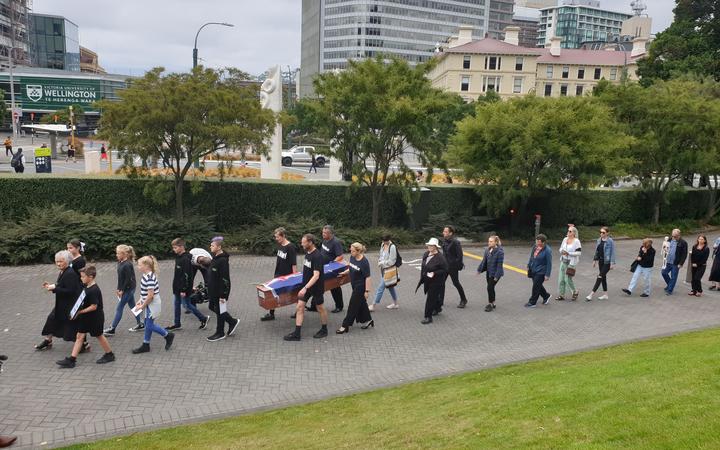 It seemed there had been confusion about where the group had permission to lay the coffin and rather than the main steps of Parliament, they were forced to go to the lower steps.

Security tried to force the issue, that the coffin should be at the bottom of the steps, not the top, but quickly gave this up after protest from the group.

Camilla said the incident seemed to her to be telling of the government's priorities.

"We have cycled 1300 kilometres to make a change for our child, and for all the people we have met on our long journey to arrive here and to have people bickering about 50 metres.

"Our families are dying, families are being torn apart, and we have small-minded people bickering about 50m, in a public space. I'm furious and I'm disgusted and I'm disappointed with our politicians", she said. 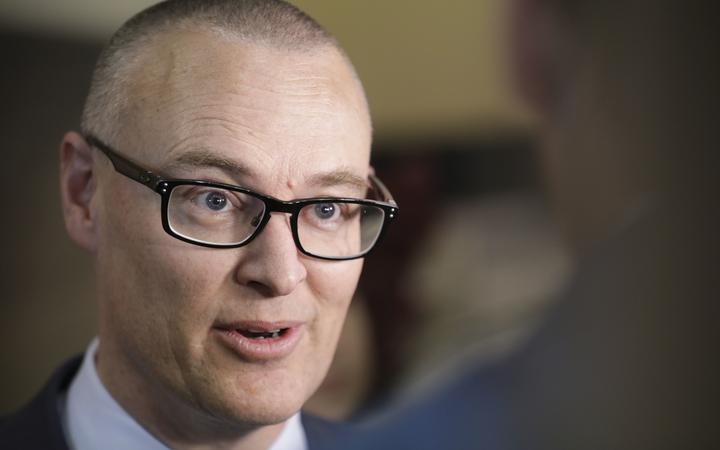 In a statement, Health Minister David Clark acknowledged the determination the Coxes demonstrated with their journey.

"I know the health committee will carefully consider their petition and I look forward to seeing the committee's response.

"This government has put more money into Pharmac so that it can buy more medicines for New Zealanders.

"In recent months three new cancer medicines have been funded, as well as a new treatment for multiple sclerosis, more meningococcal vaccines and widened access to long-acting reversible contraception.

"At this time, Pharmac and its decisions are being scrutinised in great detail by the media, patient advocates and other interested parties. This is as it should be.

"Pharmac is working to improve and streamline its decision-making processes including increasing transparency where that is commercially possible, and the government has no plans for an external review," the statement said.