A woman with stage four breast cancer has received news that made her dance around the living room - the life extending drug she's been campaigning for will likely be funded by Pharmac. 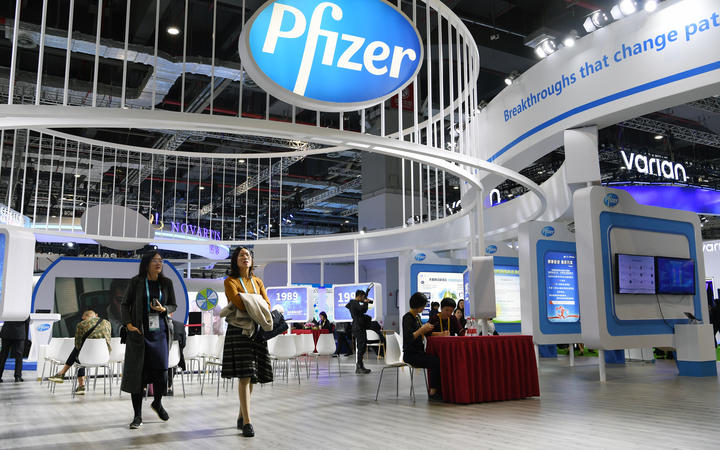 Pharmac has reached a provisional deal with supplier Pfizer to fund Ibrance, which could give breast cancer sufferers years more life. Photo: AFP

The government drug buying agency announced today it has reached a provisional deal with supplier Pfizer to fund Ibrance, which could give 2000 breast cancer sufferers - and more in the future - years more life.

Terre Nicholson hopes it will mean she lives long enough to see more medical advances - and maybe a cure.

Nicholson said she was "elated, dancing around the lounge, just joyous - beyond thrilled".

She's worked hard for years to get Ibrance funded by Pharmac for New Zealanders. Knowing it was government-funded in other countries, Nicholson got a petition to parliament in 2018 with 33,000 signatures calling for the same here.

The 64-year-old has stage four breast cancer, which has now spread to her bones.

She's part of a support group, called the metavivors, with about 200 other women, which Ibrance will give hope to.

"We have lost over 40 [women] in the last two years. Many of those women were under 40. It's the young ones that really rips your hearts out; every loss is horrible but the young ones dying are terrible. And that's actually what spurred me to do the petition," she said.

Chief executive Sarah Fitt said Pharmac well and truly heard the calls for the drug to be funded, but they had to do their due diligence.

"The evidence was evolving; it wasn't clear when we first looked at it that the longer term benefit was there," Fitt said.

"This is often the case with cancer medicines; they look very promising initially but actually that data isn't always there."

She said the ability to buy this drug - at a cost of $1000 per person per week - was a direct result of a recent government funding boost of $60 million over two years.

"We have a prioritisation list of medicines waiting to be funded, so obviously if we get more money or we make more savings, we can work further down the list. With the announcement in September, we were able to fund one medicine in this class of medicines, and it turned out to be Ibrance.

"This is an expensive drug, it's a big commitment of our budget, so we need to make sure that we're making the right decision, because if we fund this medicine we don't fund another medicine."

Fitt said buying drugs with a limited pool of money was always a matter of priorities - and if they chose one, another, at least in theory, missed out.

"We've certainly listened to all the patients' stories but we have to make sure we're making the right decisions for the whole population."

It will be funded for both first-line and second-line treatment of certain types of breast cancer, which would put New Zealand as one of the first countries in the world to do so, Fitt said.

"Really this just means it'll be available to everybody who needs it."

Cancer Society medical director Dr Chris Jackson said sufferers were riding a merry go-round of drug funding, having to petition and campaign for individual drugs that should be funded.

He said although this development was good, it should not take years of campaigning our funding bodies to listen.

"We're told by Pharmac for years that we don't need these sorts of drugs, because we've got plenty. And then all of a sudden there's a political injection of cash and we have these new drugs appearing. I think New Zealanders want to know: do we have best access to best drugs, or not?"

Nicholson said Ibrance would give survivors a better chance of living to see a cure.

After all, she was given one year to live - seven years ago. Now, with drugs on the market that slow the progress of some cancers, she is hopeful one day soon cancer can be stopped.

"I am hopeful that within the next five years or so, we'll have something [for breast cancer] where it becomes a manageable disease, and just considered a chronic illness.

"So every day we're alive, we're a day closer to a cure or a manageable disease. I'm very optimistic."