Pharmac has struck a provisional deal to fund a breast cancer drug which petitioners and sufferers have been demanding. 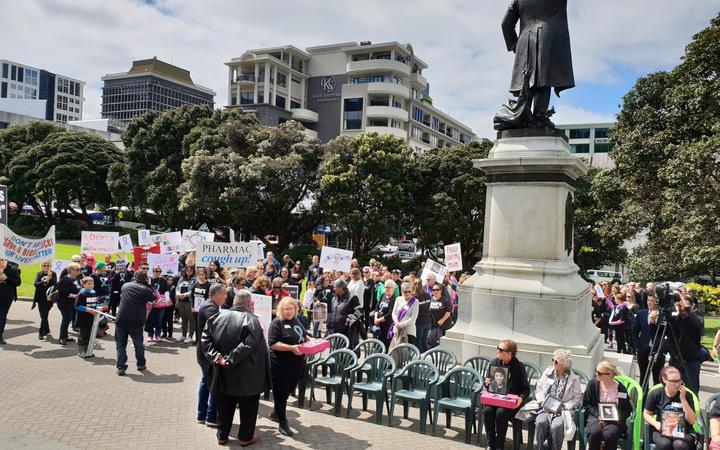 Government drug-buying agency Pharmac has proposed to fund Palbociclib, marketed as Ibrance, after reaching an agreement with supplier Pfizer.

Health professionals will now be consulted and if feedback is positive patients could be prescribed Ibrance from April.

"Our clinical experts have told us that these types of medicines (CDK4/CDK6 inhibitors) can stop or slow down the progression of the cancer, giving people more time to spend with their loved ones," Pharmac said.

"We do this by negotiating with medicine suppliers and running competitive pricing processes. In this instance we ran a request for proposal process and Pfizer offered the most competitive package."

At the moment the drug is not subsidised by Pharmac, meaning users have to pay the full cost themselves of more than $5000 a month.

The announcement has "delighted" the Breast Cancer Aotearoa Coalition.

"This will be a huge relief for the hundreds of New Zealand women who are struggling to self-fund this medicine," said Libby Burgess, its chair.

"Other countries have funded this type of medicine for several years now - Canada since 2016, UK and Scotland since 2017 and Australia since 2018."

Burgess said a group of women with advanced breast cancer marched to Parliament in October 2018 to present a petition calling for Ibrance to be funded.

"We're pleased that this action has led to positive change, but it's a tragedy that so many of those women are now no longer with us."

Cancer Society medical director Chris Jackson told RNZ's Summer Report this is a positive development for sufferers, but it shouldn't take years of campaigning for our funding bodies to listen.

"It really feels like we're in a drug funding merry-go-round at the moment," Jackson said.

"We're told by Pharmac for years we don't need these sorts of drugs because we've got plenty and all of a sudden there's a political injection of cash and we have these new drugs appearing."

The debate needs to be de-politicised, he said.

"New Zealanders are pretty sick of having the wool pulled over their eyes and getting a bit cynical around this."

There needs to be clarity and benchmarcks, with Pharmac given clear timeframes for decision making, he said.

A petition last year urging Health Minister David Clark to fund the drug received 50,000 signatures, and one in 2018 presented to Parliament received 34,000 signatures.

"Cancer kills one in three New Zealanders, and we need to ensure that we keep up with the rest of the world when it comes to cancer medicines," Burgess said.

"New Zealanders deserve world-class cancer care, and access to modern medicines is a critical part of that. New Zealand's current medicines budget is one of the lowest in the OECD and this must change."

Pharmac said it had funded nine new medicines and widened access to 26 other in the last six months.

It announced funding for Kadcyla, another type of breast cancer drug, in October.