A Tauranga woman with terminal breast cancer has had to fundraise over $100,000 to pay for a treatment that would be free if she lived in Australia. 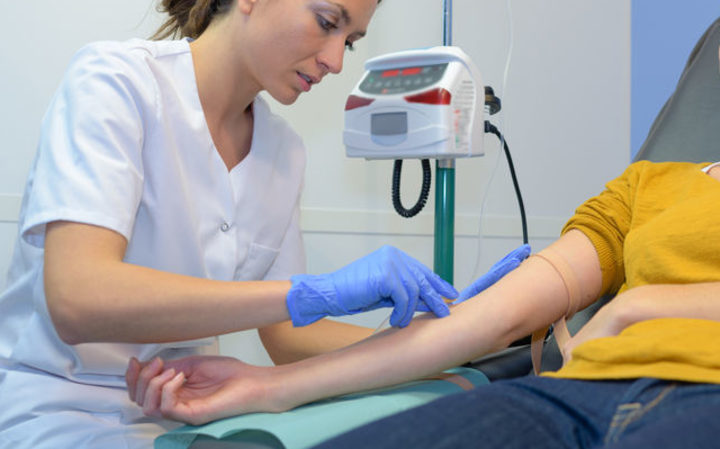 Tracey Pay, 48, is among terminal breast cancer patients who are increasingly frustrated at the lack of drugs funded for them to extend their lives.

Ms Pay, who has two teenage sons, was first diagnosed with breast cancer in 2012.

Since then she had gone through numerous rounds of chemotherapy, radiotherapy and other treatments, but nothing stopped the cancer spreading.

It had reached one of her lungs and her oncologist had told her there was not much more that could be done.

She now pays nearly $10,000 every three weeks for intravenous infusions of the drug Kadcyla - a treatment that is not funded by drug-buying agency Pharmac, but which has been funded in Australia since 2015.

She had managed to raise over $100,000 through a Givealittle page and fundraising events - enough for six months of treatment.

She had received two infusions so far and would have a scan soon to see if it was making a difference.

New Zealand was so far behind other countries in terms of treatment options that women like herself were left with few options, she said.

"If I was older ... and I'd watched my children grow up, and had grandchildren I wouldn't be so feisty about it.

She felt like no one cared about her predicament because she was "dying anyway".

"But I want to live, I want to spend as much time as possible with my boys."

Joanne Rye-McGregor was in a similar predicament, with only one more type of chemotherapy available to her before she exhausts her publicly-funded options.

Her only other option was to try Ibrance - a different type of chemotherapy which costs $7000 a month.

"If I lived in Malaysia it's free," she said.

"Just because I live in New Zealand where we've deemed this drug is not a funded drug, I have to try and figure out where to get the money from."

After her breast cancer progressed to stage four she had been "written off" she said.

"Even to the point that ... I had to ring the hospital numerous times to see when I could get an oncology appointment."

"Countries like Australia have funded some of these medicines for years and they're really breakthrough and important medicines that make a difference to the length and quality of life," she said.

That could allow women to be there for their children while they were growing up.

Breast cancer experts had asked for yet another drug, Abraxane, to be funded back in 2006 but it was still on Pharmac's waiting list, she said.

Abraxane has been publicly funded in Australia since 2009.

Pharmac said it received another application for the drug in 2010.

"The Cancer Treatments Subcommittee have considered the application on a number of occasions and have said that other funded alternatives, paclitaxel, are as effective as nab-paclitaxel."

The sub-committee had recommended that Pharmac fund Abraxane if it was the same price as weekly paclitaxel.

It also received an application for Kadcyla in August last year and for Ibrance last month. Both have been referred to experts for recommendations.

Pharmac said its role was to get the best health outcomes for all New Zealanders from its budget - which for the 2017-18 year was $870 million.