Days before Christmas Andre Maddock's partner desperately tried to resuscitate him, with her young son asleep in the bedroom next door. She talks about her belief that a new medication was behind his death. 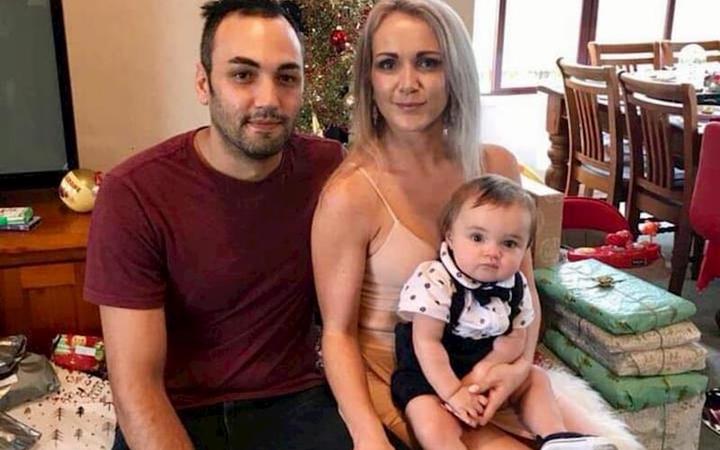 Nadia Jooste's partner Andre Maddock was just 31 when he died on 16 December. The Aucklander is the fifth person to have died after switching to the Logem brand of the anti-seizure medication lamotrigine.

More than 10,000 people using epilepsy drugs have been forced to switch to a generic brand after drug-buying agency Pharmac pulled funding for the Lamictal and Arrow brands which were used by most patients.

Maddock only switched brands a few weeks before his death.

Jooste believed his death was connected to the change in his medication and said he had not had seizures for eight months before the switch.

She said on the day he died the couple had settled in to watch a movie together after putting their son to bed, when Maddock said he could feel a seizure coming on.

"I said 'just lie down, just breathe, I'm here - I'm here,' and I saw him have a very quiet seizure, very different to the other ones ... this was a very out-of-the-ordinary seizure that he had."

Jooste began timing the seizure and checked on her 18-month old son Lucas, who was asleep in the room next door, afraid the noise would scare him.

"It lasted for about two minutes and 47 seconds. I still have that time left on my phone, and after ... I was just asking him 'Andre are you ok?'

"He didn't answer, and I saw shallow breathing, and ... at that point, I knew something was wrong.

"He was in the recovery position and he wasn't moving. I instantly put him on his back and called 111, and was starting CPR. I was yelling at him, 'you can't do this to us right now'."

Jooste called for an ambulance which arrived 10 minutes later but was later told Maddock had already died by the time help arrived.

She has been left struggling with the thought the change in medication was behind his death.

"I understand you have to give something a try ... but something in that medication scared us from the start.

"[He had] one seizure after five days being on the medication - not having medication for eight months, changing that medication, and then the second one basically taking his life.

"I'm waiting for the coroner's report to come back, but I definitely think it didn't make things any better."

She said Maddock wasn't given good information about what the switch to Logem would mean.

Pharmac has been approached for comment, but have not responded.

The chief coroner is investigating, and Medsafe is now advising people not to switch brands if their current medicine is working for them.

Meanwhile, the government is rejecting calls for a ministerial inquiry into the ordeal, despite both the National Party and Epilepsy New Zealand calling for one.

A friend has started a Givealittle site to raise money to help the young family with funeral costs, and Jooste's transition to being a solo parent.