Cruise ship companies say the industry's value to the country could be greater if the Ports of Auckland had a berth big enough to accommodate next-generation ships. 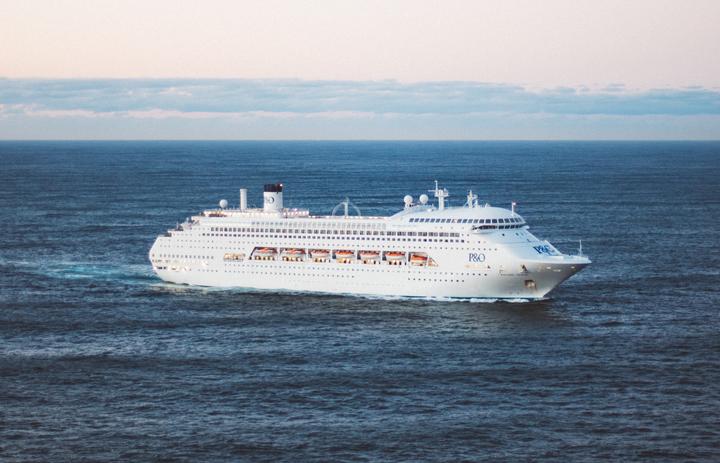 The New Zealand Cruise Association said cruise tourism was growing on average 10 percent each year, against a slow-down in tourism overall.

Last year's 322,000 cruise ship passengers to visit New Zealand was a 24 percent increase on 2018. Australian passengers made up more than two-thirds of the overall increase, and Auckland recorded the most cruise passengers by port, narrowly edging out Dunedin.

The spending raised $54m in GST.

New Zealanders are included in the passenger and crew movement statistics sourced from cruise ship manifests but are not fully accounted for in expenditure statistics.

The cruise association's chief executive, Kevin O'Sullivan, said the 10 percent annual growth in the value of the sector was conservative.

He said more ships were visiting and growth was expanding into the smaller regions, but Auckland was now too small to take the world's largest cruise ships, which carried thousands of passengers.

"There are two ends of the spectrum with growth in cruise ships - you've got the expedition ships at one end and the very large ships at the other."

O'Sullivan said the industry wanted Auckland as a venue capable of berthing the larger ships.

"We were working on a structure off the end of Queen's Wharf, which is still going through the court process but it's likely it won't happen.

"There are other moves under way by the Auckland Council and port to do work that will see infrastructure put in place to berth larger ships but that's still a year or two down the track.

"In the meantime it means large cruise ships that would have come to New Zealand, aren't [coming]." 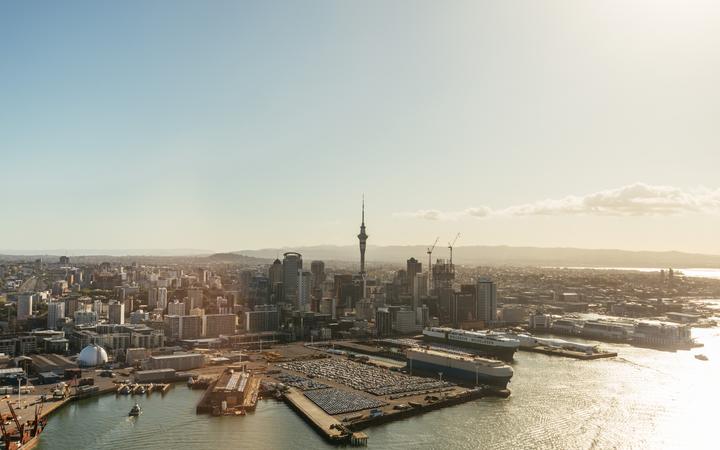 A view of the Ports of Auckland from the air. Photo: Unsplash / Tim Marshall

O'Sullivan said the cruise lines operating these very large ships frequently made inquiries about coming here. He said they understood eventually they would be able to, but at the moment they were unwilling to commit until they know there was adequate infrastructure.

He said the industry did not support moving the Ports of Auckland, because the city itself was a key attraction for passengers, and cruise ships needed specific shore-based support industries.

"You can't have a cruise ship coming in and no-one there to operate it. There is always going to be a need for a cruise port in downtown Auckland, such as where it is now."

"But will it be moved? There are all sorts of things in the mix and I can't honestly see anything happening for a long, long time yet, and in the meantime life goes on, the cruise ships keep coming, they keep getting bigger and we really do need good infrastructure to handle them in Auckland."

Previously, opponents of any further extension to Auckland's Queen's Wharf have said the benefits were overstated for the sake of the cruise industry.

In March 2019, lobby group Stop Stealing Our Harbour said it wanted the harbour maintained as it was for future generations.

Its spokesperson, Michael Goldwater, said continuing incursions into the harbour were diminishing its recreational and environmental value.

He said the claims about cruise ship numbers were overstated.

There was a need for an innovative approach, which allowed capacity to be increased using existing infrastructure, he said.

Cruise ship traveller and expenditure statistics for 2020 is to be released in August.