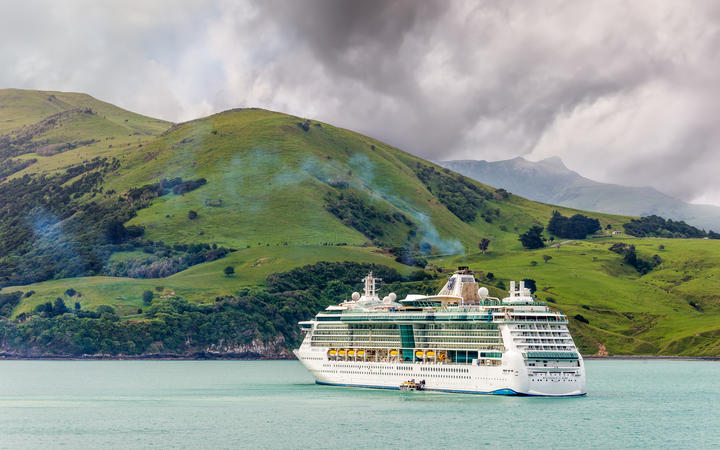 An Environmental Risk Assessment report was commissioned by Environment Canterbury to address concerns from the Akaroa community that cruise ship operations could damage the seabed and degrade water quality.

"The preliminary findings are that any potential effects can be appropriately managed, but it does highlight that the available research is not sufficient to provide a definitive answer, and recommends further research be conducted," Mr Dilley said.

"Environment Canterbury will require the cruise industry to provide an independent scientific study during the next 24 months, which we believe will identify exactly what is taking place and will allow us to address any concerns."

The harbourmaster's office and the cruise ship industry worked with community groups and Christchurch City Council to identify concerns and ensure risk mitigations are in place for the upcoming cruise season.

The number of cruise ships was likely to go down in Akaroa Harbour once repairs to Lyttelton's terminal were completed, Mr O'Sullivan said.

About 90 cruise ships visited Akaroa in the season between October 2018 and April this year, up from 75 the previous year.

Some locals said the small village was also struggling to cope with the massive influx of visitors, with as many as three cruise ships a day arriving at times.

Akaroa is home to about 600 people, but its population increases by 4000 during the peak of the cruise season.