The resumption of vital household support services that were cut off to hundreds of people has been welcomed, but some are still outlining that the initial decision by Hawke's Bay DHB was wrong. 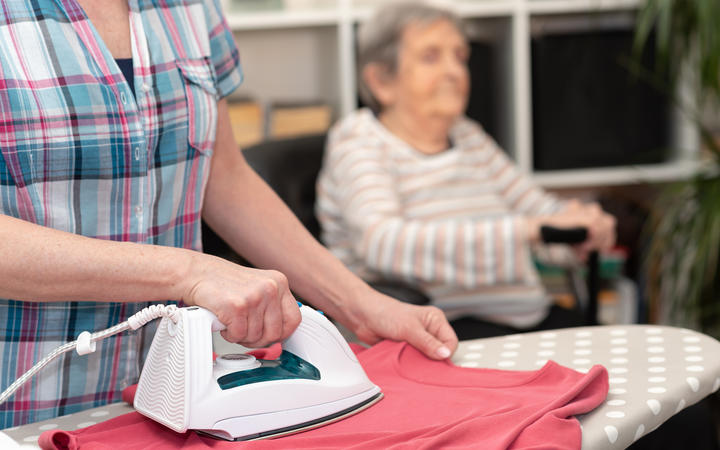 The daughter of an elderly woman, who was one of the hundreds of people told that an essential service would be cut off, is pleased there's now been an apology but says she will still address her concerns in a formal complaint.

The DHB apologised for saying it would cut more than 600 elderly and disabled people off from the service, now admitting many of those affected are physically unable to do housework without help.

Last week, 605 people received letters telling them they would no longer be eligible for the service, the letter read: "While housework may seem like a chore it is also a great way to maintain a good level of health and well-being at any age".

Jackie Braid's 88-year-old mother Taeko, who has a bad arthritic knee, considered the services to be critical to her wellbeing and life and was among the hundreds of people who received a letter.

Braid said the DHB got it wrong but she was grateful for a speedy apology.

"They got it wrong, they absolutely got it wrong but they turned things around so quickly and got things right. I think that's fair enough... we have to acknowledge that."

However, Braid said she was still not impressed her mother was told "housework is a great way to maintain a good level of health" in the letter, and would be addressing the DHB in her own formal letter to complain.

Local MP and former mayor of Hastings Lawrence Yule said the letters should never have been sent in the first place.

"It is a heartless day when New Zealanders start taking services off vulnerable elderly people, many of whom which can't survive independent living without them... it was a monumental error of judgment," he said.

A spokesperson for PSA - the union for the housekeeping services - Kerry Davies said they were pleased with the apology but it happened because Household Management Services across DHBs nationally were underfunded.

Acting executive director of planning and funding Emma Foster said over the weekend her team spoke to more than 400 people in the community that were impacted.

She said it was "very clear to us then we had got it wrong and we needed to fix it".

"We unreservedly apologise for the hurt and upset that this has caused," she said.

The DHB said it would also revisit the eligibility criteria and go through consumer council review before seeking board approval.

"This process may mean the status quo is retained or a new criteria that better meets the needs of consumers is introduced," Foster said.

An apology letter, along with notification of the reinstatement, is being drafted and will be sent all impacted clients, the DHB said.