Defence Minister Ron Mark has asked the Defence Force for a national fire risk assessment to prevent a disaster like Australia's bushfires. 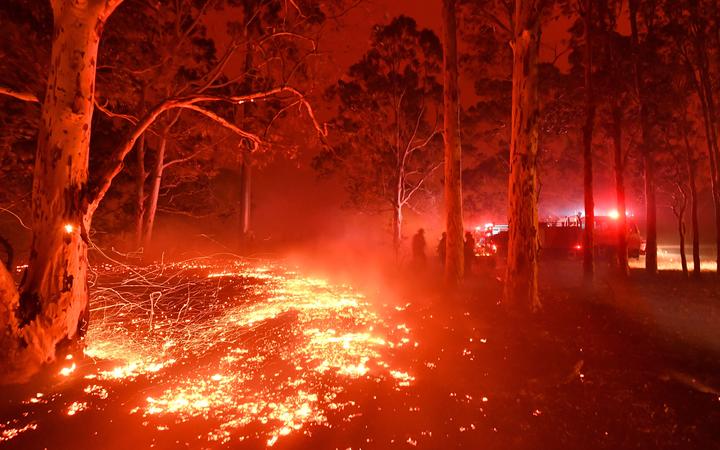 Burning embers cover the ground as firefighters battle against bushfires around the town of Nowra in the Australian state of New South Wales on 31 December. Photo: AFP

Mark said there was nothing to prevent large-scale blazes from also happening in New Zealand and that he had ordered the assessment shortly before Christmas.

"New Zealand needs to look closely at what's happening in Australia. We need to start some forward thinking and forward planning for our own sakes."

Mark also said he was concerned by a trend of fires on New Zealand's East Coast.

In Hawke's Bay, dozens of firefighters are battling a contained blaze north of Napier spanning 350 hectares of pine forest.

Twenty-one firefighters from around New Zealand left Auckland on Wednesday and will deploy east of Canberra to assist Australian counterparts.

Their team leader, Bruce Janes, said it was a nerve-wracking trip, with fires "way off the scale, right off the charts".

Internal Affairs Minister Tracey Martin saw the firefighters off at the airport and said it was dangerous work.

"They're going into some catastrophic circumstances over there and they're doing it with smiles on their faces ... they amaze me." 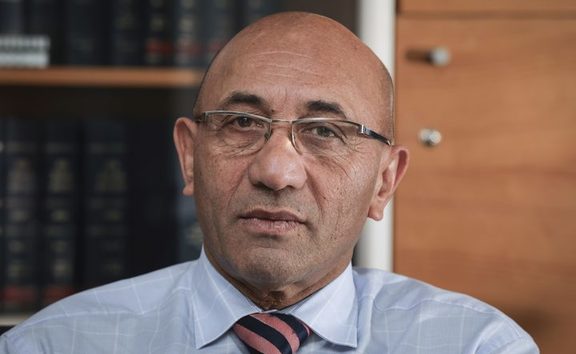 The Defence Force said on Monday it was deploying three helicopters and two groups of combat engineers to Australia to help battle the bush fires.

Mark was at Ohakea Air Base on Wednesday meeting with Defence Force personnel before they deployed.

Two combat engineers, air crew and support personnel are expected to remain across the Tasman until at least the end of the month.

Mark said they were aware of the challenges they would face, but the troops were looking forward to providing constructive help and relieving tired troops.

He said New Zealand would expect the same treatment from Australia if we were facing a similar scale of tragedy on our shores.