Pacific leaders have extended offers of support to Australia, as devastating bushfires continue to ravage parts of the country. 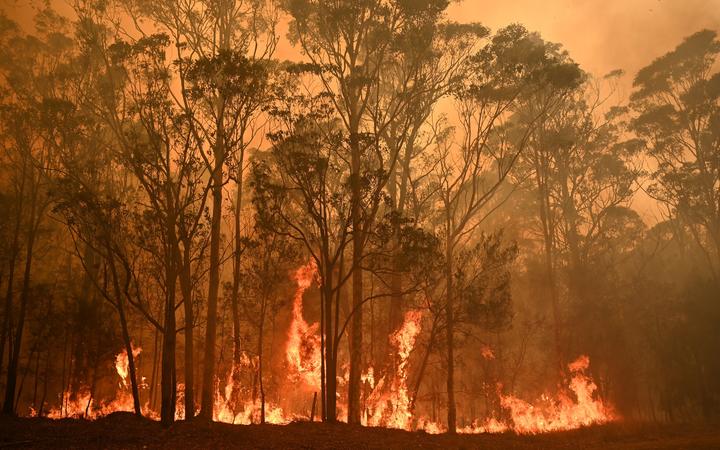 A bushfire burns in the town of Moruya, south of Batemans Bay, in New South Wales on January 4, 2020. Photo: AFP

Fiji's prime minister Frank Bainimarama has written an open letter of condolence to his Australian counterpart over the bushfire crisis.

Mr Bainimarama said he had the support of every Fijian in expressing sympathy for the loss of life and devastation caused by the bushfires.

"Our prayers are with the families who have suffered from the loss of their loved ones and their homes, businesses and property. I express great sympathy for the terrible loss of livestock and wildlife, and threats to native and endemic flora and fauna."

The prime minister also saluted the "extraordinary bravery" of the thousands of men and women - especially the volunteers of the Rural Fire Service - who were "placing their lives on the line to protect their fellow Australians".

Mr Bainimarama said Fiji would never forget the Australians, who helped his country recover from Cyclone Winston four years ago, and Fiji offered its assistance to Australia in any way it could.

"We count the Australian people as being among our closest friends and will always stand shoulder to shoulder with you."

Vanuatu's government will donate about $US175,000 (Vt20 million) to the Rural Fire Service of Australia.

Acting Prime Minister Jotham Napat announced the donation on Sunday while expressing sympathy for Australia as it continues to suffer "horrific" bush fires.

The Vanuatu Daily Post reports Mr Napat saying Vanuatu had "watched in awe" as volunteer rural fire services had given up their holidays to battle the crisis.

"It demonstrates the true Australian spirit and one which we are very proud of, as your friend and neighbour," he said.

His government was giving whatever assistance it could, he said, like Australia had always done for Vanuatu in times of need.

Mr Napat also called on Ni-Vanuatu of all denominations to keep Australia in their prayers: "Australia will remain in our prayers. I encourage all churches in Vanuatu to remember our friends in their services." 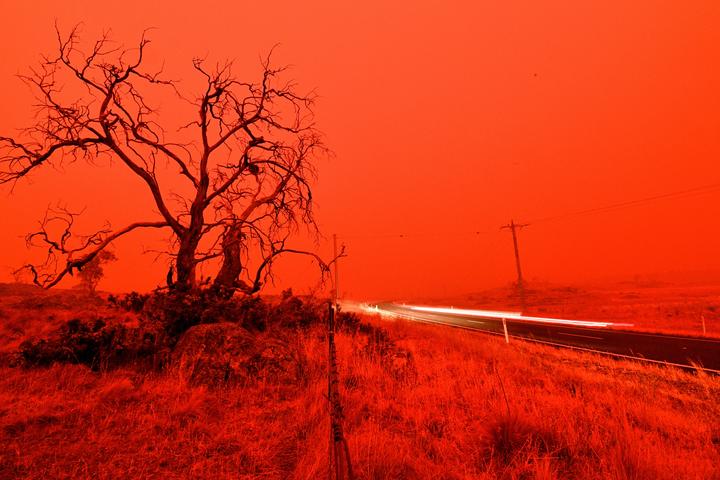 The French president Emmanuel Macron last week offered immediate operational support to Australia which is in the grip of unprecedented bushfires.

The French team, made up of seasoned firefighters, is today due to arrive for a 10-day mission.

A statement from the French High Commission in New Caledonia said a risk management officer from the local branch of the civil security agency joined the mission as an expert.

The President of the Federated States of Micronesia has described the wildfires as a humanitarian crisis, which the global community needs to respond to.

David Panuelo said he was working with the FSM Congress to determine how the states could extend a helping hand to Australia.

In a statement, the president said while wildfires in Australia during the summer were not uncommon, the latest fires had grown and expanded at an unprecedented level.

Mr Panuelo said the fires were equivalent to every island in the FSM burning, not just once, not just twice or even three times, but more than 100 times each.

He said communities full of people the FSM knew as dear friends were being hurt by the fires.

Mr Panuelo is planning on meeting with the Australian embassy to pass on his condolences and concern.

Meanwhile, Papua New Guinea has offered to send 1000 emergency personnel to help Australia in dealing with its deadly bush fires.

PNG Prime Minister James Marape released a statement sending his condolences to the people of Australia - especially the families of those lost to the devastating fires.

Mr Marape said Australia was the closest friend of PNG and was always the first to help in times of adversity.

He said he had been in constant communication with Australian Prime Minister Scott Morrison, and if invited PNG would send 1000 combined soldiers and fire-fighters.

Mr Marape's statement follows the setting up of a national Fire Appeal Secretariat of which the prime minister is the patron.