People and pets are being told to avoid parts of the Ashley/Rakahuri River in Canterbury after a toxic blue-green algae was found in the area. 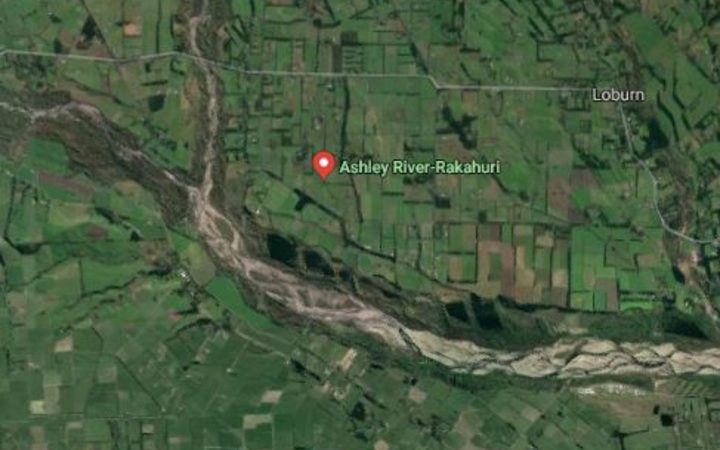 A toxic blue-green algae has been found in the Ashley/ Rakahuri River at the Rangiora-Loburn Bridge. Photo: Google Maps

A health warning has been issued by the Community and Public Health division of the Canterbury District Health Board for the river at the Rangiora-Loburn Bridge, an area also known as Cones Road Bridge.

The Canterbury Medical Officer of Health, Dr Alistair Humphrey said the algae looked like dark brown to black mats and could produce toxins harmful to people and animals.

The algae may also be present in other parts of the Ashley River, and people are advised to avoid contact.

"Exposure may cause skin rashes, nausea, stomach cramps, tingling and numbness around the mouth and fingertips," Humphrey said.

"If you experience any of these symptoms, visit your doctor immediately, and let the doctor know if you've had contact with dark brown/black algal mats or water in this area."

Pets that showed signs of illness after coming in contact with the algal mats should be taken to a vet immediately.

People and animals, particularly dogs, should avoid the affected area of the Ashley River until the health warning has been lifted.

Environment Canterbury is monitoring the sites and said the public would be advised of any changes in water quality.