An afternoon at the beach is a quintessential pastime for the perfect Kiwi Christmas. 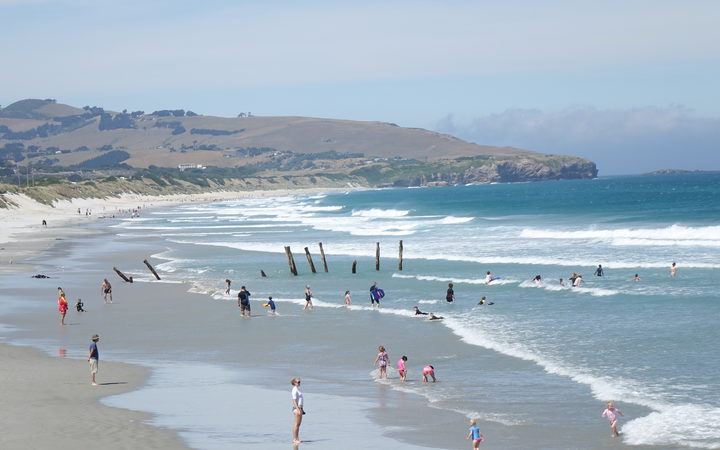 But depending where you are this festive season, that dip may give you a very unwanted Christmas present.

Like coloured balls on a Christmas tree, the map of water monitoring agency New Zealand on Land Air Water Aotearoa's website (LAWA) is lit up with green, yellow and red dots.

"Green means suitable for swimming, amber means the recreational water quality standards have been met, but caution is advised for vulnerable populations, so that includes very young people, elderly, or people who has compromised health.

"Red means the water is not suitable for swimming, either because the risk of infection is to high or there is potentially some toxic algae," she said.

Taber said every region did have its green spots, but for those unsure there were three golden rules:

"Mana whenua have placed a rāhui on part of the inner Wellington Harbour from Kaiwharawhara to Point Halswell down in front of the Massey memorial," he said.

Van Paasen said the rāhui was in place as a precaution and testing results should come back in a few days.

But he said there were still plenty of beaches where people could go into the water.

"From Scorching Bay on down and around to the South Coast and of course Eastbourne, Petone and Titahi Bay, there's a lot of beaches to enjoy."

A health warning for Sandy Bay and Rapaki areas in Canterbury has been issued, after very high levels of faecal bacteria were found in testing samples.

"The most common problem is gastro so that's diarrhoea and vomiting, which you can get from contaminants in the water."

Eating shellfish from these sites should also be avoided.

If fish are eaten, remove the gut and liver and wash in clean water before cooking.

Regular updates will be given to see if the water will be swimmable in time for a pre-Christmas lunch swim.

But Dr Humphrey said it was not the only Kiwi tradition that was making people feel grim.

"The most important thing over summer break is actually the barbecue, so make sure you cook food thoroughly, you chill it after you finish with it and cover it properly, because this time of year a lot of people are leaving food lying around and it can get contaminated," he said.