Auckland Council and Watercare say they've found and repaired another damaged wastewater pipe that could be behind an ongoing E coli contamination at a beach on Auckland's North Shore. 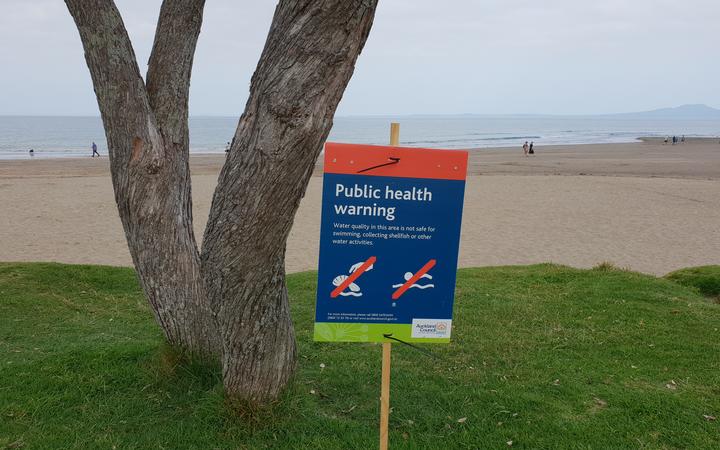 A no-swim warning has been in place at the popular Browns Bay beach since the middle of October.

Investigations by the council and Watercare uncovered several locations where wastewater has been getting into the stormwater system, through cracks or gaps in the pipes.

The council's Safeswim Programme manager, Nick Vigar, said "contact recreation guidelines have E coli levels of around 500" - but some testing was up in the millions initially.

Though repairs have been made in a number places, the most recent round of testing showed E coli levels still in the hundreds of thousands.

"I can't guarantee anything but I would strongly think that we have fixed the issue, at this point I'd be very surprised if we haven't," he said.

"If we haven't, following the fix that will be completed this week, we will take some more water quality samples. I expect them to be good at this point, if they're not, we'll be back in there on Monday."

On a warm, sunny day on Browns Bay beach, there were people walking, jogging and picnicking under the trees, but there was not a single swimmer in the water.

There was a faint unpleasant smell near a storm water outlet when you get to the northern end of the beach. Next to it, there were two public health warning signs, telling people the beach was unsafe for swimming. 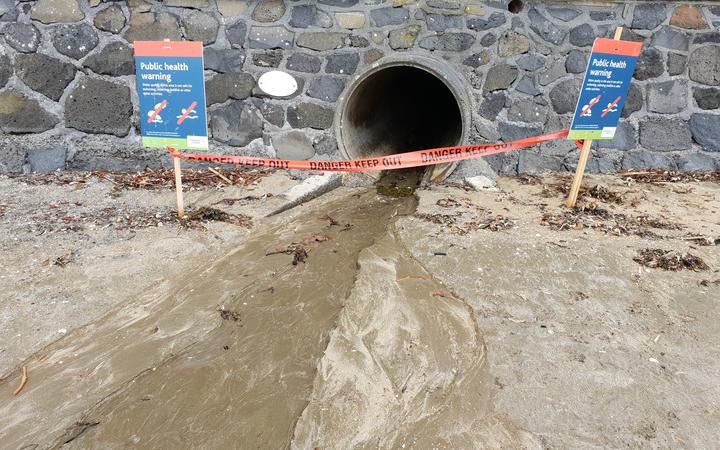 Bob, who was out for a walk with his wife Julia, said he was not going anywhere near the water.

"I swam last summer, but since we saw it on the news and the signs out, I wouldn't swim here. But I did see some people swimming the other day with children ... I pointed them out and I said 'oh I wouldn't want to go in there with a child'," he said.

"It will be good if they could clean the water up, so the people are able to swim, because it's a very popular swim beach. It kind of ruins the summer."

Glen Collecutt was on the beach playing ball with his dog and he was worried about the water quality too.

"I've looked at it on the internet and researched it and I wouldn't swim here myself at the moment."

However, it wasn't stopping his dog from getting in the water. 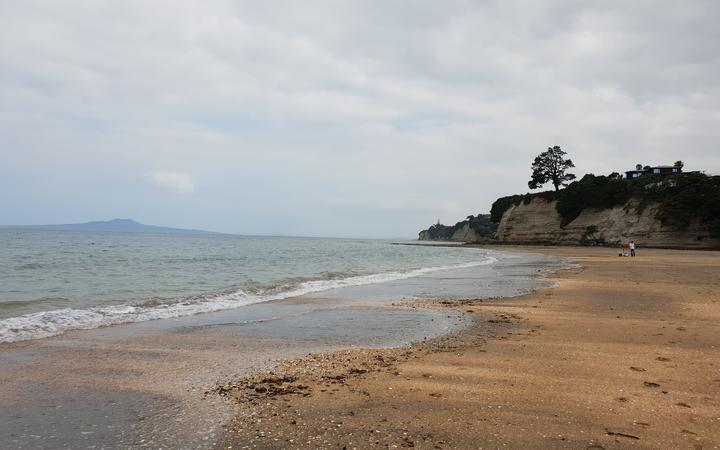 "I'm happy for her to swim here because dogs by their nature have a much more robust system than humans, so I think she'll be safe."

Peter Clarkson and his wife were also out walking their dogs. He said he had been trying to warn as many people as he could about the water quality problems.

"There's not enough signs, if you look, people just don't see the signs, so of course they end up going in the sea and you have to keep trying to tell them what it's about," he said.

"The dogs keep going in and of course they're going to pick things up. I think it's the council that's a bit slow really, they should put more emphasis on it. People think it's not dangerous, they're just blase about it and it is dangerous - especially for kids."

Watercare said it would be flushing the newly fixed pipe on early Thursday morning. Once that was done, there would be more water quality testing.

It hoped the results would be available on Friday in time for the weekend.