Diving fatalities were high last year, and one of the police dive squads tasked with bringing home the bodies says many deaths happen because divers skip key safety steps. 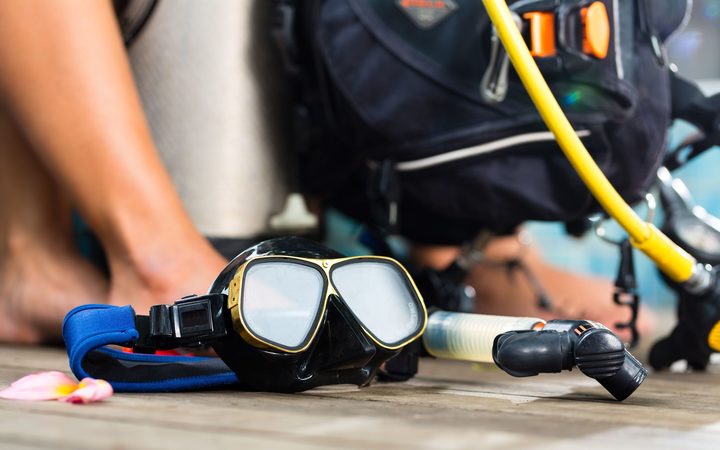 The police dive squad says the most common issue is divers in trouble aren't ditching their weight belt. Photo: 123rf

Ten people died while diving in 2019 - all were preventable, Water Safety New Zealand said. The five-year average is six preventable diving deaths while diving each year, and last year alone there were five preventable deaths of divers. The figures for December are still to be finalised.

"Each one of those is a sad occasion for us - our whole focus is to try to find that person to bring them back, especially for the family.

"And when we do find them, for us it's a warm feeling inside because then that family can move on and mourn their loved ones and actually have someone there. And the ones that we can't find ... we're deeply saddened by that."

Police divers search for evidence about why deaths happen, video the scene before they retrieve a body, and test the equipment divers were using, to find out what happened.

"The number one issue we're finding is a lot of divers when they get in trouble aren't ditching their weight belt. If you don't ditch your weight belt then obviously you're going to find it harder to come back to the surface - we find a lot of them at the bottom still wearing it - or their buddy tries to get it off, but it's too late," Wynyard said.

"The second is people diving alone without a dive buddy, and not staying with your buddy once in the water."

And another trap is people keen to get out into the water not realising they aren't medically fit for it.

Divers should always get a medical pass to dive from a doctor, Wynyard said.

"Especially once you're over 45, you should do those medicals annually."

There is often a combination of reasons why things go wrong, but "plan for the worst and you won't get caught out".

"Police divers have got a set of safety rules we follow, and civilian dive schools use the same rules - and if you follow these rules you should be okay," Wynyard said.

"Diving is an activity that more and more people are taking up. It's good fun - once you leave the surface you're in a whole new world ... just be safe out there - maintain your equipment and dive with a buddy.

Water Safety New Zealand chief executive Jonty Mills said as the population grew, and interest in a wide range of outdoor sports increased, more people in the water could get into danger.

"I always say that one preventable drowning is one too many.

"We need everyone to take responsibility, and be prepared and know their own limits, and be aware of the dangers, particularly with local knowledge - and make wise decisions around water."