An American man has drowned while proposing to his girlfriend underwater on holiday in Tanzania. 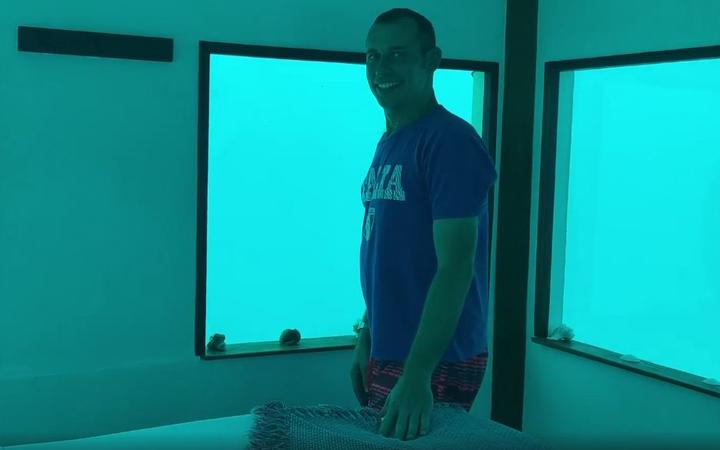 Steven Weber in the submerged cabin shortly before he left to make his underwater proposal. Photo: Facebook/ Kenesha Antoine

Steven Weber and his girlfriend, Kenesha Antoine, were staying in a submerged cabin at the Manta Resort, off Pemba Island.

In the video, Mr Weber presses a hand-written proposal note and a ring against the cabin window as Ms Antoine films from inside. 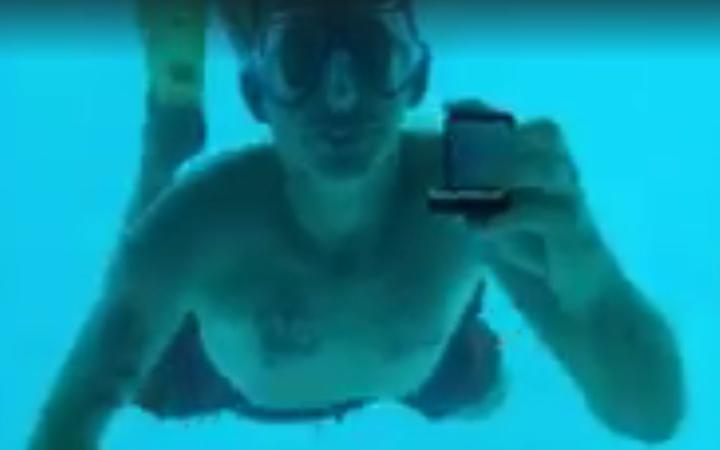 "It is with the deepest regret that we inform that a fatal accident occurred at The Manta Resort on Thursday 19 September, 2019," the resort said in a statement.

Matthew Saus, CEO of the resort, said "everyone is shaken to the core" by Mr Weber's death.

Mr Weber and Ms Antoine had booked four nights at the resort's underwater room, which lies approximately 250 metres from the shore. 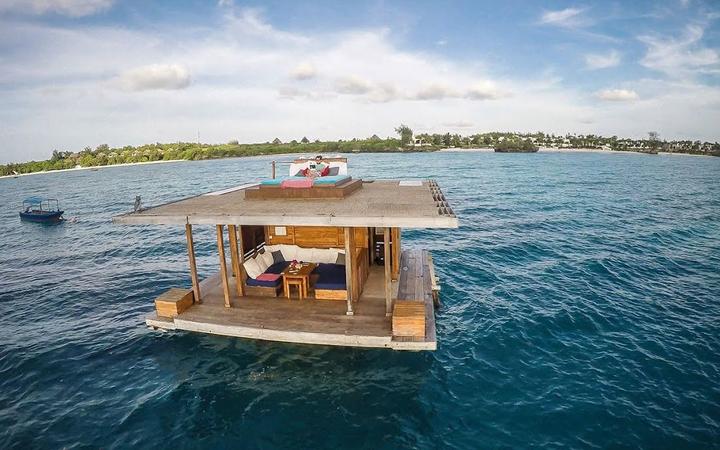 The Manta Resort where staff are shocked that one of their guests has drowned. Photo: Supplied

On the third day of their stay, Mr Weber, from Baton Rouge, Louisiana, plunged into the water to make his proposal.

Wearing goggles and flippers, he held a note against the cabin's glass window as Ms Antoine watched on from within.

Later in the video, Mr Weber turns over the sheet of paper to reveal the proposal, before pulling an engagement ring from his shorts and swimming out of view.

Mr Saus told the BBC his staff responded to a "problem in the water", but when they arrived "absolutely nothing could be done".

In her Facebook post, Ms Antoine said Mr Weber "never got to hear her answer" to his proposal, which would have been "a million times, yes".

"We never got to embrace and celebrate the beginning of the rest of our lives together, as the best day of our lives turned into the worst, in the cruellest twist of fate imaginable," she wrote.

"I will try to take solace in the fact that we enjoyed the most amazing bucket list experiences these past few days, and that we both were so happy and absolutely giddy with excitement in our final moments together."

The US Department of State said it is aware of the death of a US citizen in Tanzania, in East Africa.

"We offer our sincerest condolences to the family on their loss," a spokesperson said. "We stand ready to provide all appropriate consular assistance."