A scuba diver swept 3km out to sea has described swallowing so much water he vomited several times, but says he never gave up hope of being rescued. 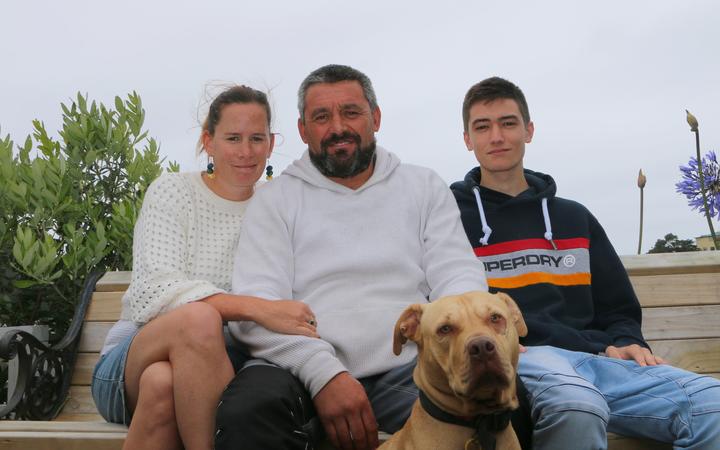 He said he spent his whole life in the water - surf life saving and free diving - and it was his experience that kept him alive.

"If I had tried to swim I would be dead right now, for sure. Had I tried to do anything differently from what I tried to do I wouldn't have made it home. I'm 100 percent certain of that."

At his Island Bay home, he told RNZ he had been doing some exercises under the water by himself for a couple of minutes away from the boat and other divers.

When he came back to the surface he realised he was in trouble.

"When I finally did surface about six or seven minutes later I was about 200m from the boat and I was moving at such a pace I was whizzing past the end rock at Devil's gate at probably 10 or 15kms an hour, like, I was moving.

"There's no way I could've swam to even keep my position and the top two metres of water was really really moving fast, so instead of trying to swim or get back to the boat I was sort of grabbing my float [buoy] and was waving it in the air.

"Within 10 minutes I would've been a kilometre in the middle of the ocean."

He said the natural instinct for most people in that situation was to swim back towards the boat or the shore, and it was his training and experience that kept him alive.

He said he saw the first helicopter just before he reached the Karori rip, which gave him a huge amount of encouragement.

"At that point I knew, at some stage, somewhere along the way, someone was going to rescue me and I just had to hold on and do everything I could."

He said he was in that rip for about 45 minutes, every mouthful of water leaving him violently ill about 60 seconds later.

"The worst part is actually being sick, in the sea, to a point where I was convulsing so hard I was afraid I was going to faint, pass out," he said.

"I didn't end up going into unconsciousness - I ended up popping out the other side of the Karori rip for about five minutes before being dragged back into it with the tide change and had to go through it all again for a wee while.

He said he saw the coastguard, police and another boat about 7pm, but half an hour later they still had not found him.

"I saw these boats going up and down the coastline and I was thinking to myself ... these boats were having a wee chat about calling the search off, and at that point I was starting to get cold, and get cramps in my hips, and my chest was getting cold.

"I started getting ready to spend the night at sea, pretty much. Physically and mentally preparing for that. Then the coastguard boat and the police boat started to do a grid - miles away, two and a half km from where I was.

"Because of my proximity to them and where they were looking I wasn't at all confident that they were gonna find me, and because of the conditions I was literally like a needle in a haystack, you know."

He said he did not expect to be rescued that night, but the police boat spotted him about half an hour later.

"I knew the whole time, right from the first minute that I realised I was getting swept out to sea I knew that I was gonna get rescued. I wasn't sure when or by whom or how, but I had in my mind there's ferries, there's cray fishing boats, there's recreational fishermen, I've just got to hang on."

He said he still planned to continue scuba diving.