The rescue of a diver in Cook Strait shows the importance of a plan and calling for help quickly, the boat's skipper Rob Hewitt says. 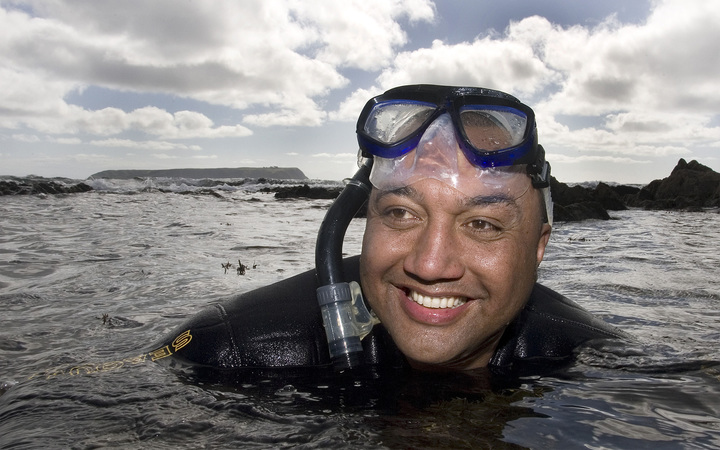 The man was found three hours after he had been due to return to his boat from a dive on on Wellington's south coast.

Police, Coastguard and a rescue helicopter searched for the man after the alert was raised at 4.30pm on Sunday, and the Maritime Rescue Centre plotted drift patterns to help locate him.

He was rescued about 7.30pm and despite being in the water for so long he was in good health.

The boat's skipper Rob Hewitt himself survived a three-day ordeal in 2006 when he was given up for dead after being caught in a rip off the the Kāpiti Coast.

As the days went on searchers were losing hope - but after drifting for 75 hours between Mana and Kāpiti Island, enduring cold and dehydration, he was found.

Hewitt said there were three divers in the water off Wellington on Sunday and he and one other person in the boat.

Two divers surfaced with their kina catch by Devil's Gate at Red Rocks, but Hewitt said they didn't know if the third had surfaced or was still under the water. All the divers had a float and 'safety sausages' - inflatable surface maker buoys.

They spent about 10 minutes going out a bit further to search, and then made a mayday call. 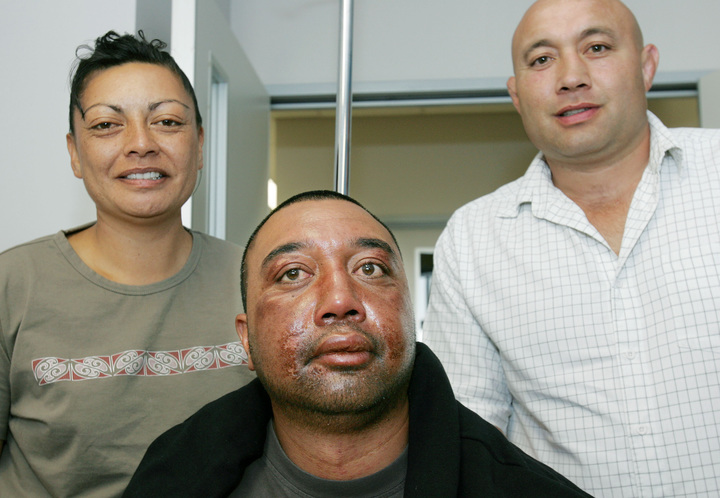 "He surfaced and he got caught in a current," Hewitt said. "They found him about five, six nautical miles [10-11km] from the exit point we'd discussed.

"The biggest thing is we just couldn't see where he was, and that's when we had to make the decision to [make] a mayday call."

The diver did all the right things, Hewitt said.

"He didn't panic, he ditched his weights out, he ditched his gear, and I think it was about 45 minutes into it, he inflated his safety sausage." He was also attached to a red float.

"When we spoke to him he said he came about 150m from us trying to call out but the wind was blowing in the opposite direction we were picking up the other divers, and then he just got caught ... and he just went out."

All three had had finished their open water dive course, and they'd done a dive plan for the trip, Hewitt said.

Before heading out they offered a karakia.

"We made sure we had all the safety equipment, had our personal flotation devices, but then we put on our spiritual lifejacket, and we had a karakia.

"As New Zealanders we need to be in that space, on the right wavelength."

The most important message from the rescue is to call for help quickly, and not to hold off, Hewitt said.

"I think some fellas may try and hold off because they don't want to be judged."

They tried calling for help on the VHF radio but couldn't get through - they must have been in a dark spot, Hewitt said - so they used the cellphone they had on board as a backup.

'Now I know what my family went through'

Apart from making sure all on board kept a good look out, and asking himself if the diver would he have the fortitude to follow procedures, the biggest thing on his mind was the man's wife and son.

"Now I know what my family went through when I was lost out at sea," he said.

During the rescue they had two more karakia "to offer our understanding to Tangaroa and Hinemoana".

They returned the two bags of kina the other divers caught to Tangaroa as an offering.

"Because that's what my partner did with some greenstone at the time," he said.

'You could hear the emotion in their voice'

The officer in charge of the rescue operation said things were looking "pretty grim" after three hours with no results.

Sergeant Richard Kennedy of the Wellington Maritime Unit said when the call came in, it was clear there was no time to lose.

"This particular job had all the hallmarks of one that needed urgent attention - the red flags were going up. You're talking about people scuba diving, running out of air, not surfacing - it's obviously alarm bells straight away."

Kennedy said the team firstly made contact with the diver's boat to find out what sort of gear and flotation devices he had with him.

He was directing the operation from the shore and said as the hours dragged on, things were not looking good, with an offshore wind that makes the sea rougher further away from shore.

"So if something goes wrong, as it did yesterday, and the diver went further and further out to sea, it becomes much harder to see him."

There was only about an hour of daylight left when the man was finally found.

"I happened to be on the phone to my guys out on the boat when they spotted him and you could hear the emotion in their voice ... massive for them.

"I think it was exactly 18 minutes past seven from memory. We only had about an hour of light left. It would have been a tough night in the middle of Cook Strait.

"Things were looking pretty grim, I gotta be honest, he'd been missing for three hours, he was five nautical miles away from where he first went missing so that's over 10 kilometres."

He said using winds, current and tidal information the Centre was able to guide police to the spot the diver was most likely in.

"They were already out searching, but we suggested to them that they needed to search a slightly different area... At the end of the day the diver was found in the search area that we predicted and it's fair to say that everyone was absolutely ecstatic that we could return someone home for Christmas."

The man was taken to hospital for a check but was otherwise in good health, Kennedy said.