New Zealand's loyalty to lamb has pushed glazed ham out of prime position on dining tables this Christmas, according to Retail Meat New Zealand. 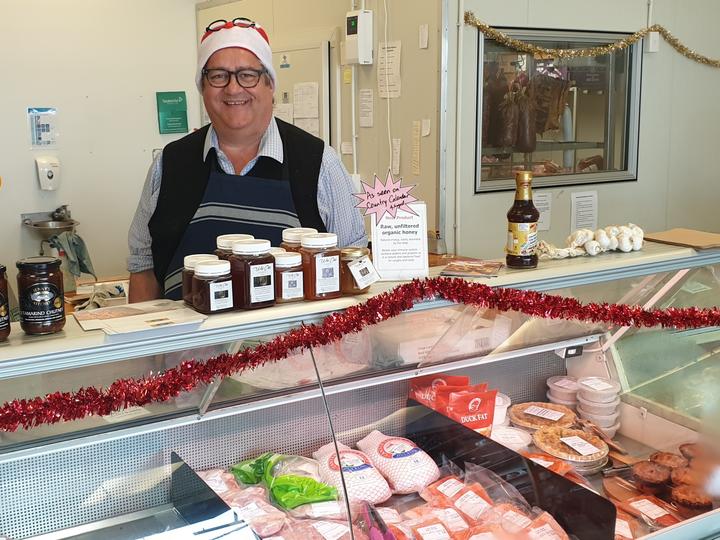 Its Christmas Census of 1300 people has laid bare food preferences for 25 December, including dining times, cooking methods and the planned contents of people's plates.

Although the quintessential Kiwi Christmas is often touted as a relaxed affair, RMNZ General Manager Pippa Hawkins said there was a lot of pressure on people to put on a good spread - prompting an upsurge in customers at butchers and delis in the five days beforehand.

Behind the counter of Euro Gourmet Meats in Christchurch, head butcher Brian Nieuwenhuize wasn't surprised to hear that about 34 percent of people polled were choosing lamb as their Christmas meal centrepiece.

It was 1 percent ahead of ham, which was 2018's clear winner and followed in third place by beef at 13 percent.

Mr Nieuwenhuize, who has been a butcher for four decades, put it down to lamb's new-found status as a "special occasion" food.

"It's a premium product now. When I first started butchering you could buy a whole side of lamb for what it costs for a couple of chops now. It's horrendously expensive. But it's a really nice meat, especially if you have really good quality lamb," he said. 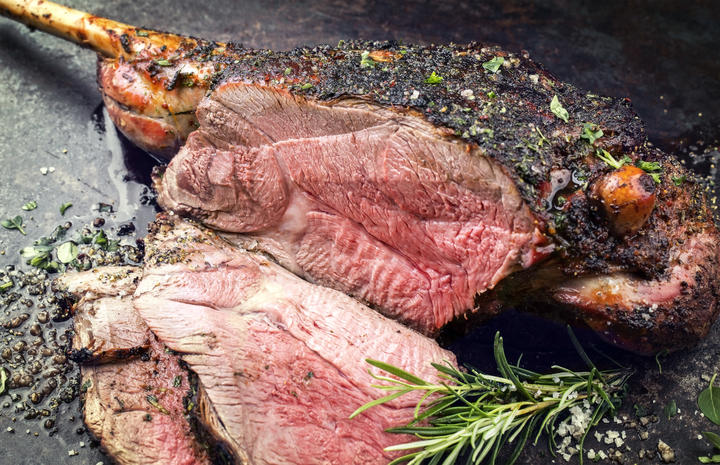 Lamb legs have sold out at Princes Street Butcher and Kitchen in Dunedin, where head butcher Greg Egerton sold 50 in four days.

While most people are opting for their herb smothered lamb to roast in the oven, 40 percent of survey respondents - and a large proportion of his customers - were keen on cooking outdoors.

"Half of them also want faster barbecue options so we've done butterfly options as well, nice and flat. They cook in about 30 minutes in a covered barbecue," he said.

When it comes to sides, RMNZ found spuds and mixed salads were the favourites chosen by 90 and 75 percent of people respectively.

Pippa Hawkins said pavlovas will fill the dessert bowls of about 71 percent of people, while trifle, strawberries and ice cream, and fruit salad also proved popular.

She said most people would eat their main meal between 12 - 2pm - and people didn't tend to leave a lot of space in their bellies for more.

"Most people are having two Christmas meals per day. I think a lot of big meals are had on Christmas day, so people tend to just stick to two rather than having three," she said.

Asked for his best Christmas meal tip, butcher Greg Egerton suggested "prepping like a pro" by ordering ingredients and choosing recipes early, and even getting the spud peeling done first thing on Christmas day.

But in 42 years as a butcher, Brian Nieuwenhuize said he was seeing more late orders and last minutes requests at his butcher's shop than ever.

The same was happening for Willy Harris, who is general manager of Harris Meats in North Canterbury.

"We are noticing a trend now where people are leaving it a bit more to the last minute. So we expect this week to be very busy for us," he said.

On the subject of slow, napping proved a popular post-meal activity for 40 percent of people surveyed - only beaten by present opening at 80 percent and backyard games at 50 percent.

And 58 percent of people estimated they would have enough Christmas meal leftovers for one or two days.