Opinion - While figures from the latest survey show the number of Kiwis with no religion has increased, religion hasn't been far from the headlines this year.

The heaving of the Earth's crust forever changed the geological contours of Canterbury eight summers ago, but the violence visited upon it this past year will have as searing a legacy. 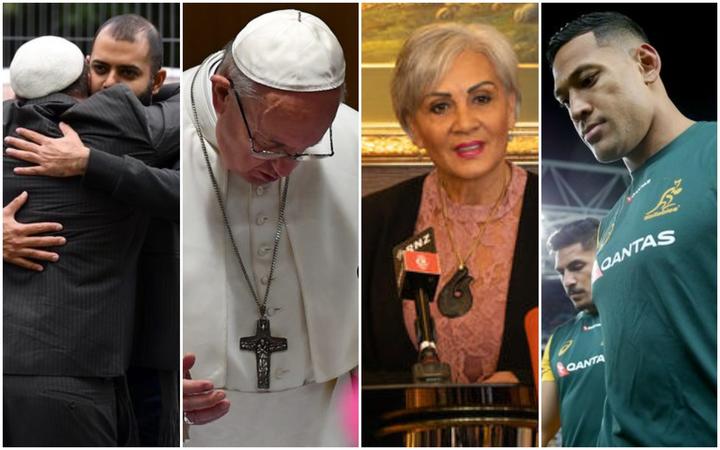 In less than an hour, the city's status as a byword for Anglican decorum was redefined by terrorist violence that this country has until now, only observed from a safe distance.

The killing of 51 Muslim worshippers at two mosques was an unprecedented local atrocity. It also exposed a lack of religious knowledge in general among the population at large and in many newsrooms, just as much as the assault itself revealed significant gaps in the country's security services.

Bookstores noticed an uptick in shoppers looking for relevant titles. News chiefs saw the same among media consumers. These were the people looking not only for fresh insight into the "big moments" but the "big ideas".

So what were those ideas? Mostly these dripped out of surveys and academic studies.

As with similar reports in the past, this shift up in the No Religion column was usually reported in terms of a religious decline.

That was possibly a bit misleading however, as many of the no-shows may simply not wish to reduce their creed to a tick-box exercise. And those selecting non-theistic options were basically as low as ever: just 7068 atheists, 6516 agnostics, and 663 Humanists - far fewer classically "no religion" types than the 20,409 New Zealanders who identified themselves as Jedi.

In another survey, surprising in its findings if not entirely definitive in its methodology, it was revealed that as many as half of all New Zealanders either do not know very much, or in some cases anything at all, about the Holocaust.

The lack of knowledge apparently included the inability of many New Zealanders to hazard a roughly accurate guess about the number of European Jews who were murdered during the period.

A slightly more dependable study conducted by Pew Research, which managed to attract little local coverage, showed that religious people in New Zealand tended to be much happier than their less observant counterparts. A similar point has been made by scholars working closer to home.

Religiously active New Zealanders were found to be typically happier and more "civically engaged" - taken to mean an enthusiasm for things such as voting in elections or joining community groups - than adults who either do not practise a religion or do not actively participate in one.

This finding would put New Zealand in line with most of the other 24 countries represented in the Pew survey.

Yet another survey, this one conducted locally by the Catholic Church, saw the country's largest denomination looking to get to statistical grips with just how many clerics (and nuns) in its ranks may have been involved in the historical mistreatment of its young wards. The exercise was deemed necessary if the church was to make its best case to the Abuse in Care Royal Commission, which over the coming year or two will swerve away from state-run institutions and look more closely at faith-based institutions. The Pope's decision to lift the "pontifical secret" rule in sex abuse cases will probably help the process.

Rugby is a national religion of sorts. It brushed up against the other kind in 2019, too.

In the wake of the Christchurch attacks, the Crusaders were invited to change their team name. They declined. So did the Broadcasting Standards Authority when it was asked to uphold a complaint against Sky TV for airing the comments of the same team's halfback Bryn Hall pejoratively describing an All Blacks centre Jack Goodhue as "a Jew".

In Australia, the Folau saga provided some of the backdrop to political moves in order to significantly broaden the freedom to offer strong criticisms of religions - even, in certain cases, to actively discriminate against those with whom one choses not to work or do business with because of religious differences.

In New Zealand, however, the political trend has been in a different direction, with changes hinted at that might effectively recriminalise blasphemy.

It could get potentially messy during the coming election year, especially if Destiny Church leader Hannah Tamaki's political party repeats its opposition to the building of "mosques, temples and other foreign buildings of worship" if elected.

Perhaps Professor Lloyd Geering could whip out an epistle about it. The grand old man of religious provocation turned 101, but he's still going as strong as newsworthy religious subjects have been this past year.

*David Cohen is a Wellington journalist and author.