As the climate emergency nears apocalyptic proportions, Max Towle asks if Christian leaders think it's all in God's hands or whether they're trying to do something about it. 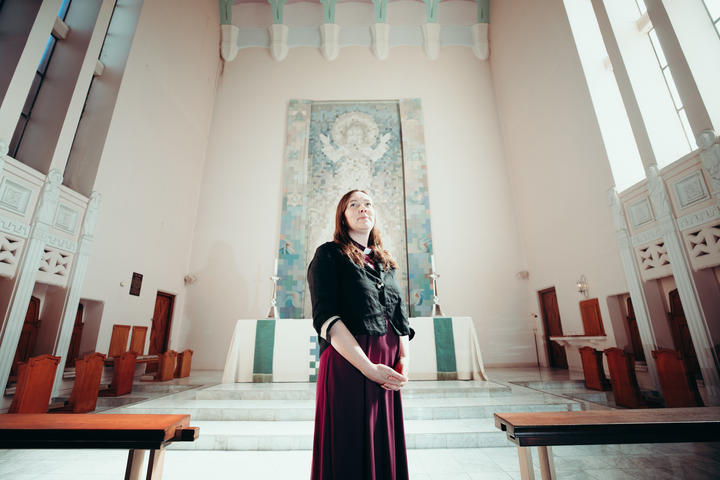 Pastor Ross Smith rides a motorcycle and sports a goatee that on any other man might be called devilish.

He is the influential leader of Celebration Church in central Wellington - a year ago he led a few hundred people to the Beehive to protest mentions of Jesus Christ being removed from Parliament's opening prayer.

Worship at Celebration Church features contemporary music and technology, yet Smith's attitude towards climate change would not be described as modern. He says he has doubts the crisis is real, and believes people shouldn't be afraid. "My way of thinking is framed by the word of God, and the word of God says don't worry about it."

He cites the book of Genesis in his denial. "After the flood, God said ... he wouldn't destroy the Earth like that again. And he showed us a sign - a rainbow - and there would be day and night, harvest and winter, and season after season as long as the earth remained."

Smith's comments fit with a perception that science and religion are at odds. It is one former that Australian rugby player Israel Folau played into just last week, when he posted a sermon on Facebook blaming bushfires and droughts on punishment from God for same-sex marriage and abortion.

But is this way of thinking common?

Nicola Hoggard Creegan, co-director of New Zealand Christians in Science, says there can be climate change denial from those who believe in the rapture. "You might think that for Christians waiting for God to come and wrap it all up, there isn't much point looking after the Earth."

Creegan, who worships at an Anglican church in Auckland's Ponsonby, says she knows Christians who have wrestled with how their beliefs relate to science. "Perhaps the most difficult thing in the past 150 years has been the theory of evolution, and how we integrate our sense of who we are as humans. We still believe that God created the world, but we have to integrate what science tells us and the stories of our faith."

She says in the past, church leaders could be accused of inaction, more than denial. "This is part of a wider tension throughout church history - how much do we act? How much of life is up to us and how much is up to God?"

But she says inaction on climate change can be seen everywhere. "Climate ambivalence isn't unique to the church - many people put their faith in the government to fix all our problems, while some Christians think that God will fix them."

The weathered concrete exterior of St Paul's Cathedral in Wellington is in need of a little love, but not so inside, where a 30ft silk dossal of Jesus hangs over a silver cross. The city's Assistant Bishop, Dr Eleanor Sanderson, proudly explains how the giant fabric was devotedly made by one woman.

On a Thursday morning the Anglican cathedral is empty bar Sanderson, and the slightest sounds echo through the vast, cavernous building.

Sanderson turns the stereotype of Christians as climate change deniers or do-nothings on its head. She has lectured on climate change for 20 years, the evidence of which she says has long been irrefutable. She talks about climate change as a "spiritual problem," rather than in political or scientific terms.

Sanderson is no renegade. Four years ago, the Anglican Church declared climate change a "core priority" and passed a motion to scrap all its investments in fossil fuels. The Archbishop of Polynesia, Winston Halapua, made a direct plea to church leaders, saying that the areas he walked and fished as a boy on the island of Pangaimotu in Tonga were gone. 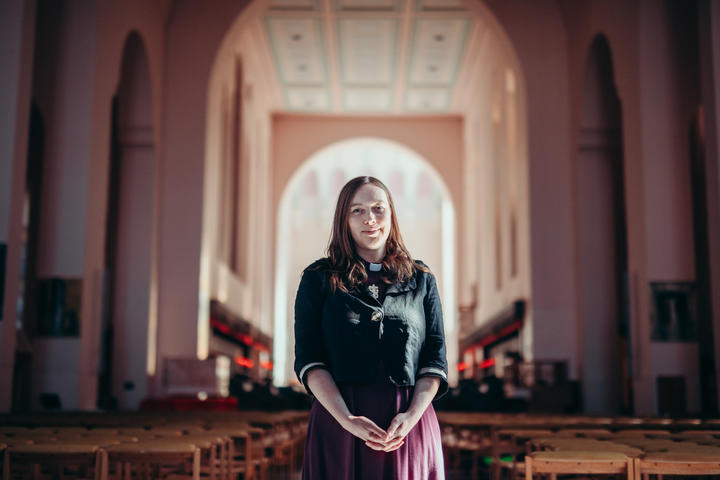 On the other side of Wellington, St Paul's Lutheran Church looks quite different to its Anglican namesake - about 60 modest fabric chairs surround a small glass altar - but it shares concerns about climate change.

In fact, the Lutheran Church first made a statement recognising the importance of caring for the environment and protecting it from "excessive consumption by industrialized nations" more than 25 years ago.

Pastor Jim Pietsch says the climate emergency reflects a "broken relationship" between humanity and God, and he says he frequently encourages churchgoers to change the way they live, however small those changes may be, to help protect the environment.

The Pope too has made many calls for environmental protection. He has clashed with skeptics like US President Donald Trump and, in September in a written message, warned nature and life were gravely threatened. "Our prayers and appeals are directed first at raising the awareness of political and civil leaders." 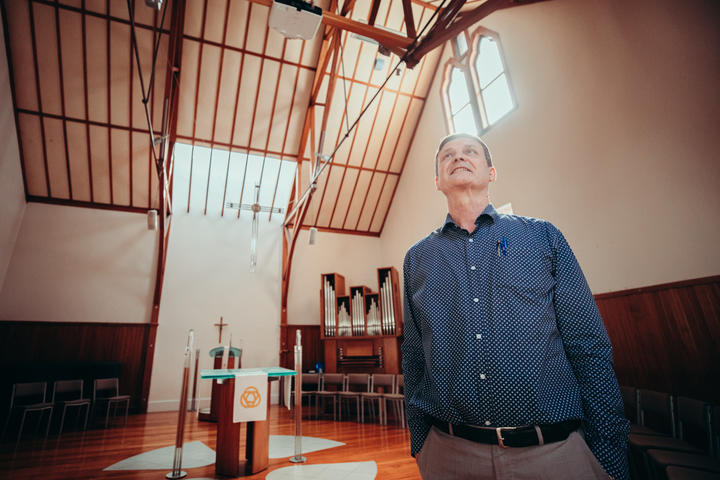 So if many Christian churches are indeed concerned about climate change, are their actions having any impact?

Sanderson say there's a dedicated person driving climate awareness in each parish of the Anglican church.

During the submission process for the Zero Carbon Act, which passed with almost unanimous support earlier this month, churchgoers in all 40 parishes in the lower North Island were encouraged to make submissions, and 570 did. Thousands more were made by Anglican members in the country. Sanderson says it has always been important for Anglicans to speak up, as it is a church for the poor.

"There's no way that we, as Christians, can ignore vast inequality. Our Pasifika brothers and sisters are some of the smallest contributors to climate change, yet they're some of the most affected."

Yet Dr Betsan Martin, the church's coordinator of public issues, says getting to that point took time. "There wasn't pushback in the political sense, but inertia. The church traditionally isn't responsive to... really changing the way it operates."

She recently helped lead a push to install solar panels on church roofs, but it was rejected. However, the church is divesting in fossil fuels, though some investments are in amalgamated funds, so the church's portfolio "probably isn't 100 percent robust yet".

Martin says the Methodist Church is very good at responding to social issues and poverty, and so in terms of bending the ear of church leaders, relating climate change to inequality can be the way to go. "Church people usually ask 'what can I do?' So we've tried to look at shifting the theology of the church in a practical sense."

Martin is hopeful that religion can help lead to meaningful change. "Churches could be at the front of this... we're slowly getting more people to put their oar in the water." 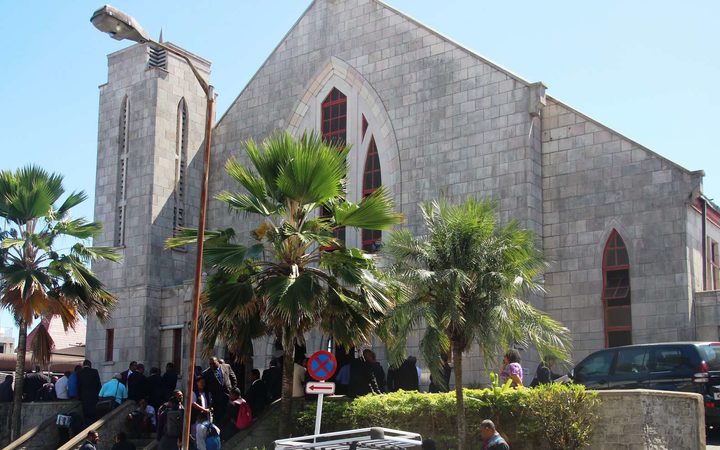 If there is skepticism in Christian churches, Creegan says it's most likely to be in pentecostal or evangelical churches - the type of churches that believe in the rapture.

A 2015 study of Christian denominations by Pew Research Center in the US found evangelicals were the least likely to recognise the threat to the planet.

But at Elim in Dunedin - a modern church where full bands play in front of giant screens for energetic worshippers - leader Adam Dodds says that view is "uninformed".

"It's Christian faith that made science possible in the first place - it provided the theological underpinnings for which science flourished."

There are 38 Elim churches in New Zealand and more than 9000 worldwide. There are about 20,000 members and growing. The church's services feature the type of upbeat, contemporary music that typifies most pentecostal churches, and is particularly popular with youth and young professionals.

"Yes we do believe in the final judgment ... [but] all humans will have to give an account to God about how they've lived their lives. So while we're not talking about God sitting there with a giant hammer waiting to crush people ... what we do does matter, for better or worse."

He too believes Christians can have a stronger influence in tackling climate change, particularly because of their ethics.

"In the west, we're largely relativistic, which effectively means there's no right or wrong, or good and bad, and essentially people make up their own ethics. And if everyone makes up their own ethics, when one person says damaging the climate is wrong, another can say 'why? I think it's right - I gain - so why not?'

"Whereas Christians believe in an absolute truth, and an absolute right and wrong. As Christians, we're obliged to follow the evidence - that's what we do in relation to our faith and Jesus and everything else, including science."

Yet he concedes climate awareness is just a part of the church's broader responsibility.

He tells a story about a recent interaction between a Pastor and a young woman at Elim, who came for advice feeling increasingly anxious about the state of the environment. "The Pastor responded that while what's going on in the environment is serious and we need to do something about it, it's not all on our shoulders.

"There is a God that we believe is intervening, not just at the end of time, but throughout history as well. Climate change is an issue we should not only become activists in, but also one we should pray about." 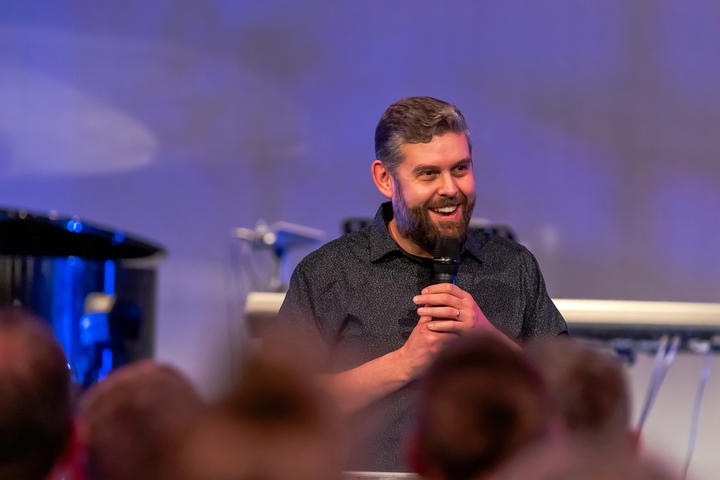 As well as being co-director of Christians in Science, Creegan is a chairperson of A Rocha in New Zealand, a Christian-based community conservation group. Among other things, volunteers plant trees around the country or try to protect native birds in the name of "creation care".

In her role, Creegan says she has been accused of heresy. "We sometimes get people writing to us saying, 'How dare you do this in the name of Christ'," she says.

But as the bleak state of our climate becomes clearer, skeptics are becoming the exception. Christians are learning and adapting their way of thinking, as society does.

"In the past few decades, Christians have been increasingly asking how Christ saves us, and our understanding has been significantly expanded," Creegan says.

"We are realising now, in the face of climate change, that the whole created order is part of God's concern and salvation, and therefore trying to mitigate climate change is participating with God."

She says Christians, by their nature, can be more helpful. "We have skills that are of use to the wider world. Our understanding of repentance, for instance, shows that we can change after, without perhaps meaning to, doing the wrong thing."