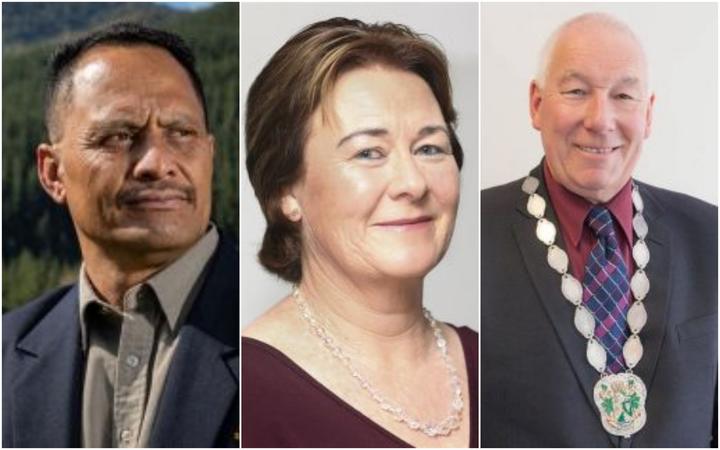 She said as Kawerau was a small town many of those seeking re-election were already well known.

"I happen to be a checkout chick at the local supermarket so every time people come through I get thanked for doing something, or comments about some good we've done, or they're saying can you please fix this up?" Julian said.

"So, people actually know me which is why I just needed a current photo taken. I've never felt the need to do billboards or anything like that."

As she was re-elected Julian had her $200 nomination fee refunded.

Three returning elected members, Rex Savage, Warwick Godfery and Faylene Tunui, failed to return their election expenses and donation forms on time but said they had spent no money on their campaigns.

Failure to return these forms on time is an offence and can lead to a fine of up to $1000 under the Local Electoral Act.

Tunui and Godfery said the forms had slipped their minds and they thought they might not have needed to return the forms as they had no expenses and no donations.

Tunui said she would get hers in that day.

Savage said a side effect of his cancer treatment was forgetfulness and he would get his in as soon as possible.

He also said Kawerau was a small town and many people were already well aware of who their candidates were.

The only new councillor to be elected, Aaron Rangihika, spent $948.75 on his campaign.

The only councillor to spend more than Rangihika was Carolyn Ion who spent $1014.04.

Rangihika spent his money on signs while Campbell spent his on signs and print advertising and Ion spent hers on print and radio advertising.

Rangihika said as it was his first time running for council, he needed to build his public profile in the town.

"I had to grow and create interest in the town," he said.

"I was fortunate and had my mum and wife help me sort it all."

While some candidates may have spent money, unsuccessful candidate Whaiora Patrick appears to have turned a profit.

On her form, Patrick declared three donations to the value of $140 collectively but lodged no expenses.

Local electoral officer Ofsoske said candidates were under no legal obligation to spend donated money on their campaigns and many instead saved unspent money to use the next time around.

While Patrick did not lodge any expenses, all candidates are required to pay a $200 nomination fee to run for council. It is unknown how this nomination fee was paid or if the donated money was used to offset the cost. As Patrick was unsuccessful, she would not have been refunded this fee.

Patrick was unable to be reached for comment at the time of publication.