The Civil Aviation Authority is planning to hike fees from the industry by more than five per cent, to help it achieve revenue targets of almost $50 million a year over the next three years.

The Civil Aviation Authority said the increase was needed to support a technology upgrade. Photo: lenor/123RF

It was also proposing a 71 per cent increase in the safety levy paid by agricultural operators, against forecast expenditure over the next three years of $155.3 million.

CAA interim chairperson Don Huse said in a discussion document on the funding review that without the increase, the authority could not continue to do its job.

The authority said the increase was needed to support a technology upgrade, which was essential for the safety of New Zealand aviation.

It also needed more income to support expected wage and salary increases, and help it to administer policy around drones and the Agricultural Operations Safety Levy.

'Another tax on the farming community'

The chairperson of the New Zealand Agricultural Aviation Association, Tony Michelle, said the latter amounted to another tax on farmers, who would end up wearing the cost.

"The reality is that operators have to pass on their costs to the end user and by stealth, this is another tax on the farming community," Michelle said.

The authority said it had to review funding for its regulatory functions and service delivery activities, to ensure it met its statutory obligation, and to ensure its cost recovery remained effective and efficient.

The CAA said its main source of revenue for its regulatory safety function came from levies on airlines charged per passenger on departure.

A significant portion of its income was also from fees and charges on its regulatory activities. It also received Crown funding for various services to the government.

The discussion document said that posed a "significant business risk" in that it could no longer be modified to meet changing regulatory requirements, or to provide the range of intelligence and information analysis options needed to support improved safety performance.

An increase to the Agricultural Operations Safety Levy was needed to counter the loss of half a million dollars in Crown funding. 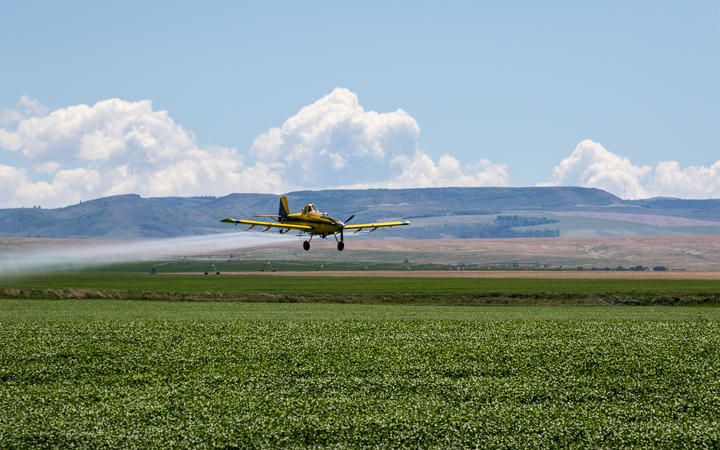 New Zealand Agricultural Aviation Association, Tony Michelle, said an increase to the Agricultural Operations Safety Levy amounted to another tax on farmers, who would end up wearing the cost. Photo: 123RF

The funding would end in June 2020, and was used by the CAA to administer duties assigned to it under the Hazardous Substances and New Organisms Act.

Tony Michelle said the agricultural aviation industry opposed the levy structure when it was introduced in 2017. He said they did not mind paying their dues, as long as they were fair and equitable, but agricultural operations were now paying considerably more in levies than helicopter tourism operations, for example.

Michelle said the agricultural operations safety levy should apply more to aircraft applying sprays and not fertiliser, but the levy was a blanket charge, which meant operators were being unfairly targeted.

He said fertiliser was not classified as a hazardous substance but the fee applied as a per-tonne equivalent.

Michelle said the industry was preparing a response to the review, but it did not expect it would have much sway.

"We've spent a lot of time over the past 18 months making submissions to both the CAA, its board and the Ministry of Transport and we thought we had agreement from them - that the fees structure was inequitable, and that they would look at addressing it in this current review, but it's fallen on deaf ears."

RNZ approached the CAA for comment before Christmas, but did not receive a response.

Feedback to the funding review is open until the February 14.