Summer visitors flocking to Northland's sacred Te Wai o Te Taniwha, or Mermaid Pools, have been flouting a rāhui in place to protect the pools from further pollution. 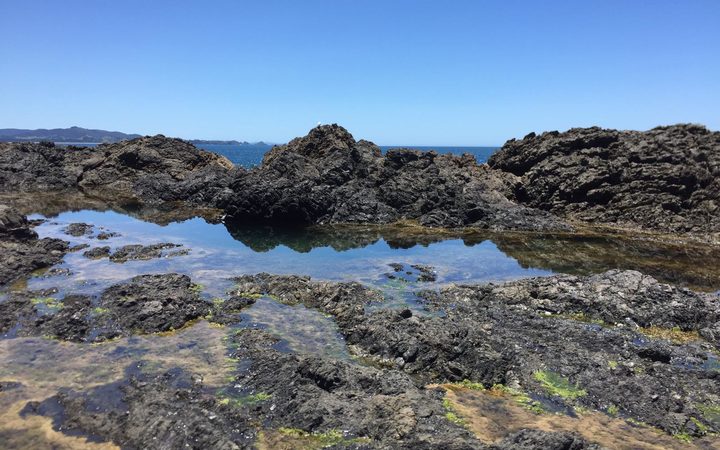 A huge boost in photos of the pools being posted online caused them to become so popular they became filled with sludge, urine, and sunscreen, with visitors littering the area.

The pools are tapu and mana whenua placed a rāhui on them earlier this year to allow them to recover.

But not everyone is heeding that request.

Te Whanau ā Rangiwhakaahu Hapū representative Aperahama Kerepeti-Edwards said rāhui, placed in April this year, was yielding some positive results, but the start of tourist season was undoing all their hard work.

"Our plea to the wider community is to support us in our efforts to preserve and protect this treasure for our future generations."

He said overall there had been fewer social media posts encouraging visitors to stop by.

"However, it is disappointing to see that people are still going over there now bearing in mind there are fines, there's a carved pou that stands at the entrance, there's also fencing, and you can see the extensive replanting work that's been undertaken by our hapū and community and others."

There were signs in English, te reo and even pictures, so there was no excuse for people, he said.

It was concerning that the improvements that came about in short span of time were starting to be undone as tourists pulled down fences and trampled on plants.

"We're not resourced to monitor but that's what we're prepared to do." 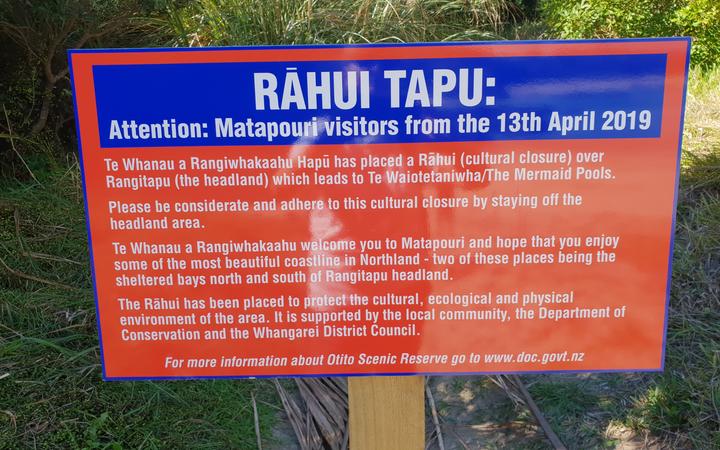 The reserve is administered by the Department of Conservation, he said, adding that it was a significant sacred site to iwi and was also national treasure.

"We've worked quite extensively with DOC this year and our relationship has improved. It is our hope that they come to the fore and do a bit more."

In April, DOC said it fully supported the rāhui on the Mermaid Pools and it was appealing to visitors to respect it.

"In support of the rāhui placed on the Otīto Scenic Reserve by local hapū Te Whanau ā Rangiwhakaahu, DOC will close off the unofficial walkway that leads from Matapouri Bay over Rangitapu Headland to Te Wai O Te Taniwha/Mermaid Pools and discourage all visitors from accessing both the scenic reserve and the pools," it said at the time.