Whakaari's devastating eruption was a tough startfor newly minted Whakatāne mayor Judy Turner, but she says her community and iwi are stepping forward to support victims and their families. 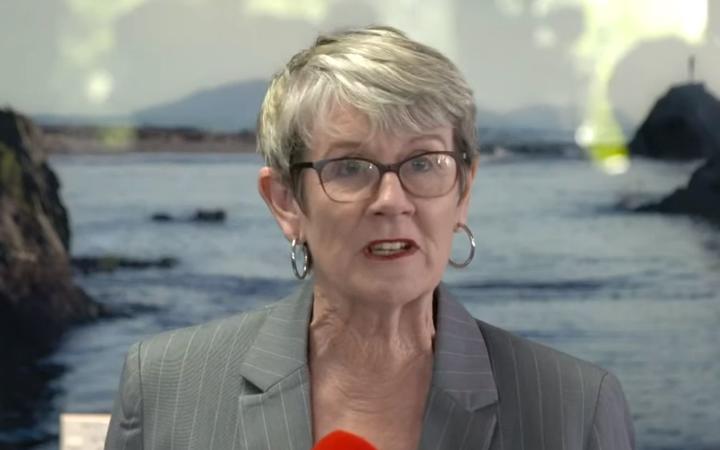 With the tragedy occurring only two months after she was sworn in, Mrs Turner said she was now looking at ways the district can move forward alongside victims and their families.

She said Prime Minister Jacinda Ardern was "amazing" and she was impressed that she made it to Whakatāne just hours after the eruption.

"My fellow mayors have also been very supportive, I had calls and messages to let me know they were there for me and ready to help with anything I needed," Turner said.

"I was sitting down, and someone passed me a cup of tea. I looked up and it was the mayor of Ōpōtiki (Lyn Riesterer). She said I looked like I needed one."

The immediate concern at that time was to ensure the correct information was being made available to families and the media.

"We were scrambling in the immediate aftermath," Turner said.

"The facts kept changing and we were told by the police to ensure we were going through them to make sure the facts we had were correct. By Tuesday morning, the facts were clearer."

Having the Prime Minister present - with the media focus primarily on her - gave Turner an opportunity to breathe, take stock, play "second fiddle" and ease into it.

Among the heartache, Turner has been inspired by her community's resilience and by iwi stepping forward to help affected families.

"The impact of first responders, that will always be a powerful memory for me," she said.

"The ones I spoke with had seen some horrible things, helping people with some serious injuries, there will be a long road back to recovery."

"The role Ngāti Awa has played in this has been remarkable," Turner said.

"We often shy away from speaking of death, but iwi approach the subject with confidence and dignity."

"Our overseas visitors didn't really understand the words, but said they felt them and felt that their pain was understood," she said.

"Iwi really shine in situations like this, they aroha everyone and ensure that everyone is included. At Tipene (Maangi)'s tangi they had Mark (Marshall-Inman) carrying his coffin, it was really special."

Maangi's photo was also included under the lectern at the service held for Hayden Marshall-Inman last Friday.

Turner said the Whakatāne District Council was now moving into a recovery phase in response to the disaster.

This meant looking at how the community could begin to move forward with victims and their families.

She said she hoped visitors could return to Whakaari at some point in the future, and that it would come down to visitors' and staff members' tolerance for risk - she herself would return.

"I have always been impressed with their (White Island Tours staff) commitment to health and safety. If you listen to that video made of the last visit to the island, you can hear them in the background and they're taking visitors through the health and safety briefing and making sure they're okay.

"They were amazingly brave that day, they saved lives and kept going although they knew they had lost people they cared about."

Turner is also concerned about levels of exhaustion in her council as some staff cancelled holidays to ensure there were enough people on the ground to help.

"They were happy to help in any way they could," she said.

"But we are now behind on several deadlines, some of which are legislatively dictated so we need to look at how we can meet those now. Whether that means having back-to-back meetings in the New Year or asking for extensions."

As part of the district's recovery, Turner said the council would have to look at how to support victims and their families as well as affected businesses moving forward.

"We learnt a lot from the Edgecumbe floods and know it can't be first in first served," she said.

"We need to ensure the money is available for years to come; some of these people will be facing life-long complications and we need to support them through that.

"The government has stepped up with a fund, so we are waiting on more details to become available on that.

"We have a broader vision moving forward and I am pleased to see the community pulling together."