A fishing charterer in Whakatāne who's been off the water for the last fortnight is facing an uncertain and indefinite period of time without any income or government assistance. 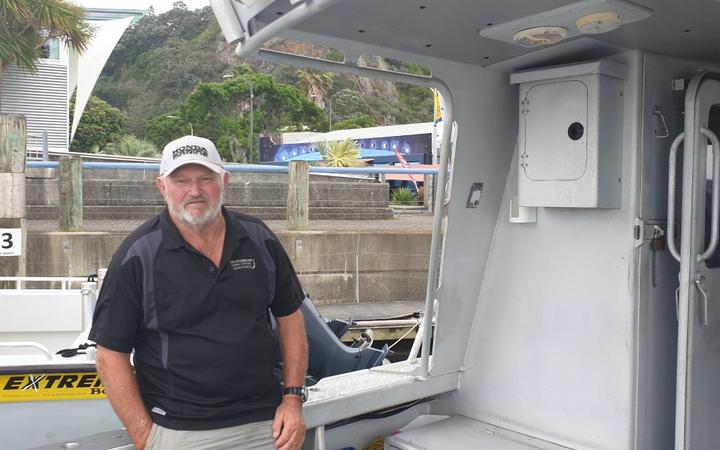 A Te Rūnanga o Ngāti Awa rāhui remains in place, which prohibits fishing in the waters off Whakatāne until further notice. Other water activities such as swimming and boating are now allowed, but foodgathering is off limits while two bodies remain unaccounted for. Yesterday, it was confirmed another victim had died in hospital - the 17th death as a result of the eruption.

The government has announced businesses financially affected by the Whakaari/White Island eruption can apply for a share of a $5 million fund, subject to eligibility criteria. Disruptions over the Christmas and New Year period and the time taken for an application and decision-making process means that's unlikely to be administered for some weeks.

Mick Goodin's company The Gambler Fishing Charters is the sole income for him and his wife and one employee. It's normally a bumper time of year with charters every day. Mr Goodin respects the rāhui and the iwi's decision, but said in the meantime there are financial pressures.

"We're all affected in various ways. I'm trying to keep my staff propped up, and I'm not finding it easy. But we've got minor problems compared with the family and friends of the victims, so we'll plug through," Goodin said.

He said one of the difficulties at the moment is that the rāhui has no fixed end date, so he's unable to plan, or be sure when he will have an income again.

"Some of the areas down to the east have [had the rāhui] lifted, but White Island hasn't been lifted at this stage and that's where most of my business is, so we'll just have to wait with bated breath until we get the go ahead.

"It's the unknown factor of when we can get back to work... Here's hoping it'll come right. Our problems are secondary compared to the people who've lost family and friends." 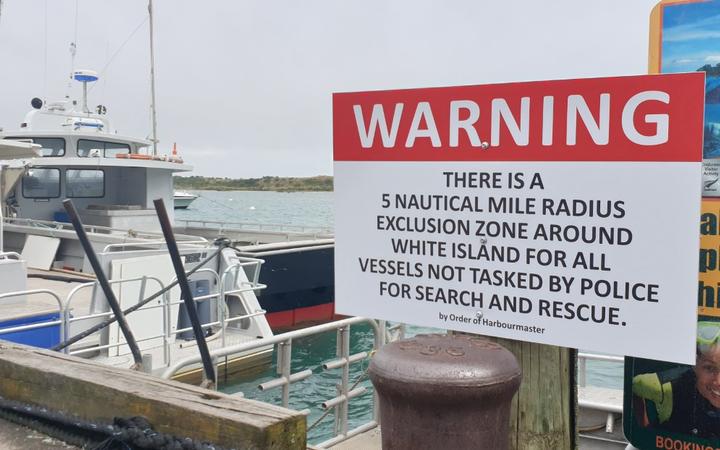 A sign explaining the exclusion zone that was also in place until last Friday. Photo: RNZ / Anusha Bradley

He said they didn't ask for any government assistance but has welcomed the announcement. He's cancelled 10 days of fishing charters so far.

"Now it's been offered, I think most of us will say 'well it has affected us'. It's affected us severely. Being offered something, you probably don't look a gift horse in the mouth. It'll only meet part of what we've lost, believe me."

Goodin was the first boat on the scene after the eruption.

"As you'll imagine some of the scenes we've seen were pretty horrific. So yeah, a bit of counselling going on, and liaising with the victims and their families. I knew these people very, very well. It's not just the loss of business, but the loss of friends, and that's had a huge impact on us all."

The Ministry of Business, Innovation and Employment released more details about the support for affected businesses. The Eastern Bay Chamber of Commerce will be the first point of contact for businesses, and the Whakatāne District Council will administer the fund.

The $5m is split between Whakatāne and the Westland region affected by recent flooding.

More information, including the criteria, can be found here.

The Eastern Bay Chamber of Commerce said it's setting up a role to help local businesses through the application process. Vice president Warren Short is pleased the government has listened and responded to their call for help.

"Different businesses will be impacted in different ways... It's helping those people work through where they may have had a significant income drop, and then also how would the money be able to help them recover. It'll be in terms of wage costs, or cash flow issues to start off with, or marketing for business going forward," Short said.

"All we want to achieve is that these businesses are able to stay in business and keep their people employed, so it doesn't have an impact on them and their families, and we can continue as a business community."