Questions are being raised about a proposed development near Ngāmotu Beach in New Plymouth and it's vicinity to an operating oil well. 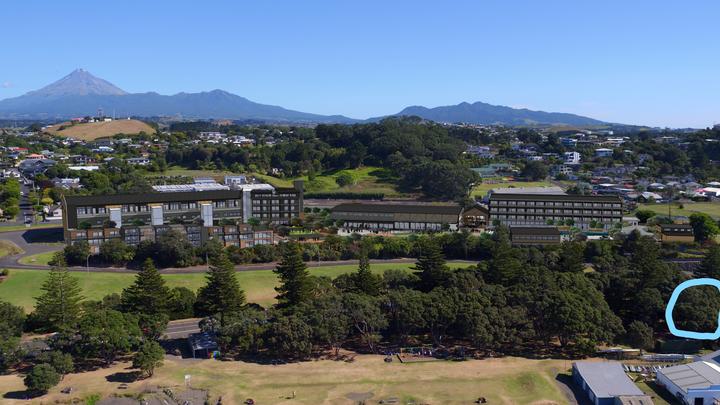 An artists impression of a proposed development near Ngāmotu Beach in New Plymouth. Circled at right is an operating oil well. Photo: Supplied / Nagel Consultants

The Seaport Land Company wants to transform Fonterra's former cool stores into apartments, offices, shops and restaurants -- but it is only about 100 metres from the Republic New Plymouth 4 well head.

A nodding neddie hidden behind trees at Ngāmotu Beach, RNP4 as it's also known, is the last operating beam pump in the Moturoa oil field.

Over 150 years more than 60 wells have been drilled in the seaside suburb producing some 200,000 barrels of oil.

Drilled in 1976, the RNP4 produces between five and 10 barrels a day and when RNZ visited its 100,000 litre holding tank was being emptied which happens about once a week. 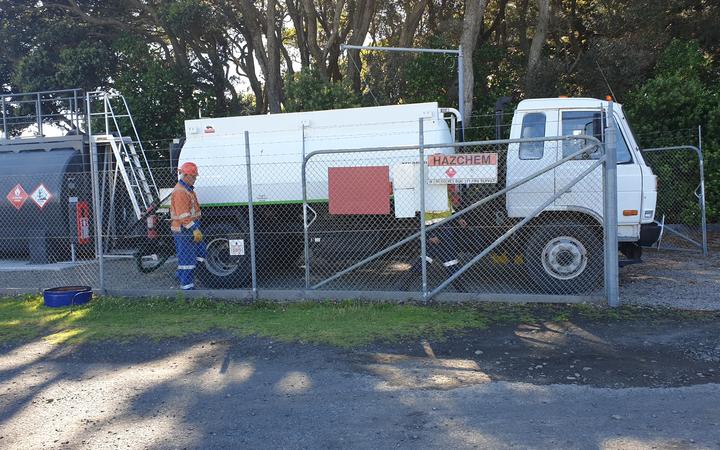 Energy Watch Taranaki spokesperson Sarah Roberts said people should not be allowed to live so close to a high hazards facility like the well.

"If you're too close there's not actually an opportunity to mitigate because by the time a fire or explosion is going to occur there's not enough time to move people out of harms way.

"So it really needs a much closer look at what is proposed and what are the circumstances of that particular well site."

Ms Roberts was upset that in its notification report the district council appeared to have ignored a proposed district plan change which would not allow new sensitive activities such as housing or accommodation within 250m of an existing high hazards facility.

As this well head was on adjacent land it's effects must be disregarded, the report said.

"It's not clear how that can occur because when something is over the fence in the next door neighbour's property and it has that effect where it can actually hurt people. It still needs to be taken into consideration and so it is not clear to Energy Watch why the planner isn't considering this."

Ms Roberts said there was a reason industrial and residential land uses were kept separate.

Drilled in 1910, it was underneath one of the buildings the company wanted to redevelop.

"So we've engaged an expert to prepare a report on our TPC-5 and we've got a list of options for dealing with that moving forward. One idea is to go down and plug it."

Mr Nagel said a 2003 Taranaki Regional Council report warned TPC-5 has a moderate risk of leaking at the surface, but that RNP4 was not on the company's radar as something to worry about.

"Well according to the regional council report the Republic well is in the nil risk category so we're assuming the Transfield Worley authored report is accurate and they've done their home work and the risk there is nothing or next to nothing."

Not everybody considers the Republic a risk.

Former oil and gas engineer John Pitman was teaching youngsters to sail at the New Plymouth Yacht Club which neighbours the well head. 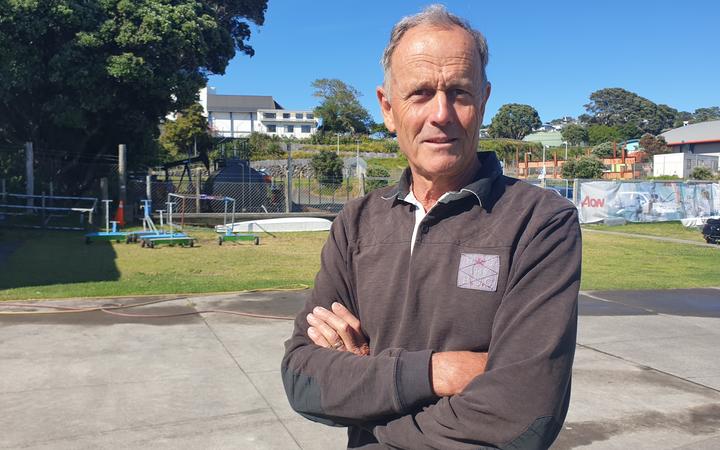 "If the sensitivity reflects the presence of the oil well there then I know for a fact there's no hazard from that outside of the fence which surrounds it which is pretty small. There's no risk of explosion.

"If anything as far as that development is concerned of greater concern would be the [Liquigas] LPG storage site further away within the port. That's a significant volume of LPG and does present a much higher hazard."

She was looking forward to new life coming into the area.

"That [development] sounds good to me. We did think of an entertainment park too, mate. That would be good you know, but whatever happens happens I suppose.

"It will be good to watch get built eh, and they'll be jobs for people eh, good."

But down the road at Meco engineering, managing director Ian Lind was not so keen.

"My view is that we see from time to time where residential development comes next to commercial and we get squeezed out of the system and we have some real concerns about the development across the road.

"I think there is a view that residential can come in anywhere, but at the end of the day we've been here 75 years."

Mr Lind said he would be happy for the development to go ahead if no new noise constraints were placed on his business.

Submissions on the Seaport Land Company development close on 19 December.