More than 100 onshore oil and gas wells that have been abandoned and not shut down properly over the past 150 years, a review of 960 such wells has found. 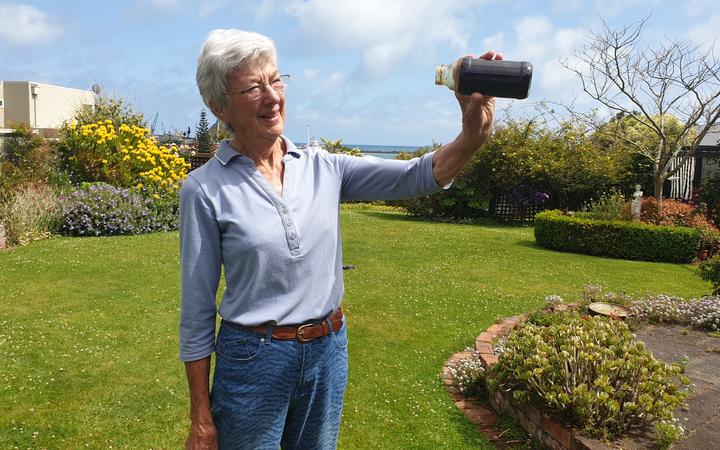 Daveena Dawrant, from New Plymouth, holds a jar of oil, which was collected from an abandoned well underneath her backyard. Photo: RNZ / Robin Martin

It is estimated the so-called "orphan wells" will cost more than $14.3 million to plug - a cost current landowners are liable for.

New Plymouth woman Daveena Dawrant was shocked when she discovered she had been living on top of an abandoned oil well.

She was alerted to the problem with her Moturoa home when crude oil began leaking from the abandoned Blenheim-1 well underneath her neighbour's house in 2003.

"And I had a similar area out here that was dry and grass wouldn't grow properly. In the summer time it would dry out and in the winter it was always soggy. 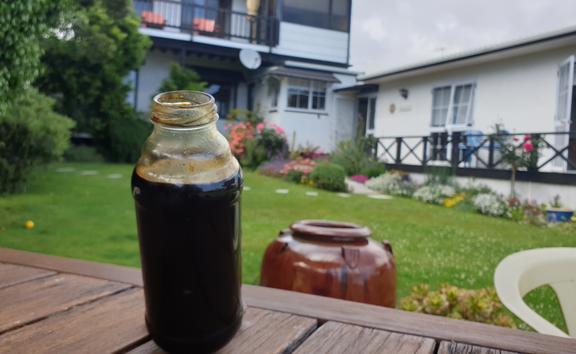 "So then it was tested as well and they realised it was another well that was here. It was Blenheim-2. They had Blenheim-1 and Blenheim-2 on my property."

Ms Dawrant said in hindsight there had been some signs of a problem.

First drilled in 1913, it took three months to seal the well, a job in that in Ms Dawrant's case, was paid for by the taxpayer.

The government agreed to meet the cost without accepting liability.

It also bought out the neighbours, who had to move. 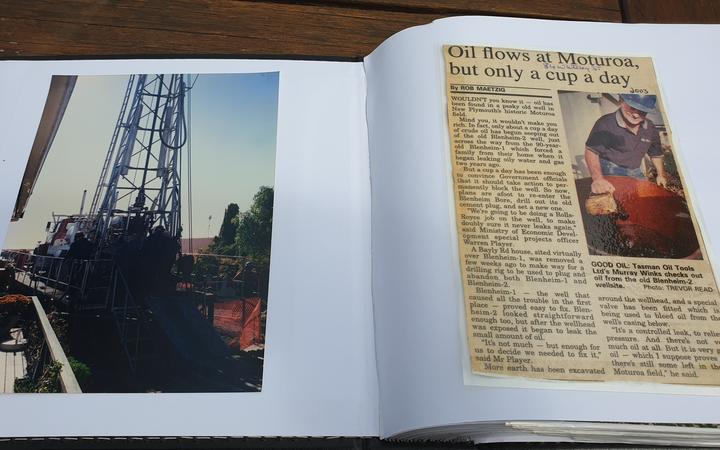 Daveena Dawrant has collected memorabilia from the discovery of the abandoned well underneath her garden. Photo: RNZ / Robin Martin

The Ministry for Business Innovation and Employment, which commissioned the 2018 review, said six orphan wells had been identified for priority action, but it was impossible to determine the risk posed by a further eight due to lack of data.

It had no timeframe for fixing the six priority wells - four of which were in northern Hawke's Bay, one in Tasman and one in Waikato. All had the potential to leak oil or gas above ground.

A further 36 wells required either more evaluation or plugging in the medium term.

The ministry, however, insisted none of the orphan wells posed an immediate threat or required immediate action. 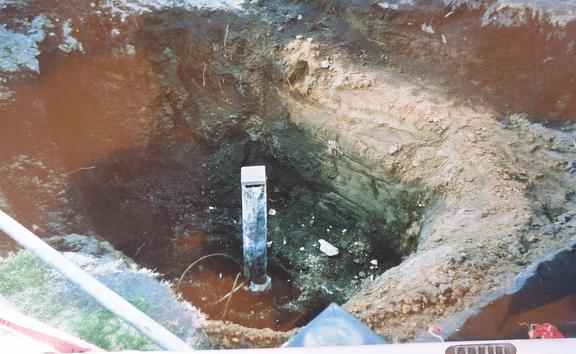 Abandoned wells can be found all over New Zealand and vary in length and risk. (Old photo from Daveena Dawrant's collection of photos on the orphan well found in her garden.) Photo: RNZ / Robin Martin

The ministry said it would cost $14.3m to plug all the abandoned wells, but warned that figure could blow out by as much as 40 percent in either direction.

The cost could also rise again if any of the eight wells still under investigation had to be fixed. 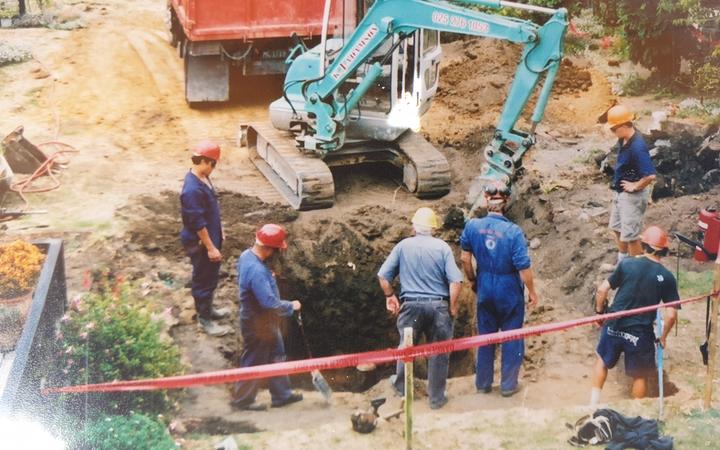 Crews at work in Daveena Dawrant's garden back in 2003. Photo: RNZ / Robin Martin

"Over time, the wells can break down and oil and gas can come back to the service, because they haven't been abandoned appropriately.

"Obviously [there is the] potential for air contamination and some of it could be explosive."

In 2014, the Parliamentary Commissioner for the Environment, Jan Wright, recommended liability insurance be introduced for onshore operators in case of spills.

Ms Wright also wanted a levy introduced to cover any problems after a well had been shut down.

Petroleum Exploration and Production Association spokesperson Phil Rennie said the law currently required oil and gas companies to decommission well sites properly and the sector was open-minded about how to make sure this happened. 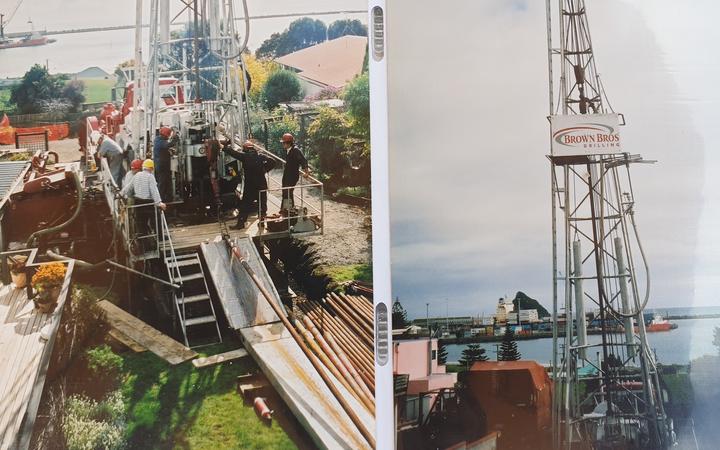 An old photo Daveena Dawrant has collected shows remediation works, where an abandoned well was discovered in her garden. Photo: RNZ / Robin Martin

However, Mr Rennie was adamant the government should pay for plugging orphan wells.

"Right now, technically, the law says the landowner is responsible for any old abandoned wells.

"We don't think that's fair. We think that it's probably more appropriate for the Crown to be responsible in those very rare cases given that oil and gas resources do belong to the Crown and the government has earned a lot of money from this."

Meanwhile, along with her jars of "very good quality crude oil" Ms Dawrant had one other lasting legacy from the Blenheim-2 being on the property - which is on the market - it's recorded on the LIM (Land Information Memorandum) report.

Not that she bore any grudges.

"I mean, it's so different now - not like it used to be. I think all those years ago they probably threw a kauri stump down it or something like that and didn't worry.

"And now it's just all filled with tonnes of cement down there and nothing's happened and it was 16 years ago so it's all fine."

Ms Dawrant expected to sell the house for considerably less than its rateable value.