The chair of Ngāti Awa Holdings, which owns White Island Tours, says Worksafe's ambiguity over its auditing of the tour company is just another unhelpful misstep. 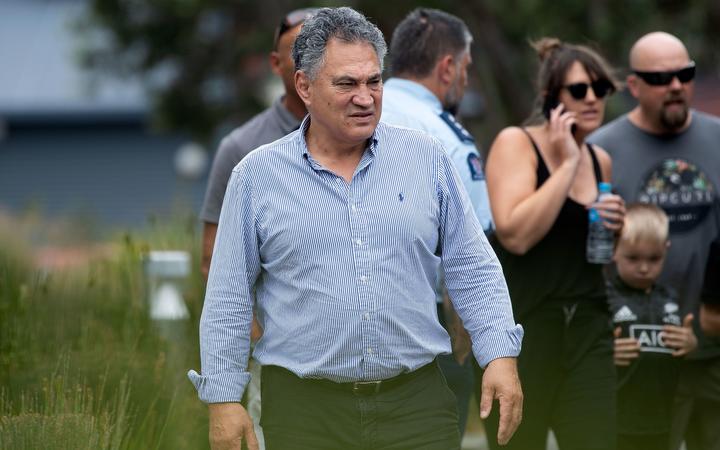 Paul Quinn said he's already had to reassure staff after the police incorrectly announced a criminal investigation was being launched as a result of the eruption last Monday.

Sixteen people have lost their lives so far, including two staff who worked for White Island Tours, and Quinn said Ngāti Awa will cooperate fully with any investigations.

Quinn said he was surprised to hear the regulator's chief operating officer unwilling to give details about White Island Tours' audits when being interviewed on Morning Report earlier today.

"The lack of clarity and ambiguity by the WorkSafe chief operating officer doesn't help matters in terms of the preciseness of where things are at. Leaving ambiguity floating through the air is really unhelpful,'' he said.

Workplace Relations Minister Iain Lees-Galloway has since cleared matters up confirming a three-yearly audit was completed in 2017 and two surveillance audits have been completed since.

But Quinn said it was not the first time it had happened.

"Well I am concerned about the lack of clarity flowing from Crown organisations and we can go back to the misstep by the police in announcing a criminal inquiry - clearly that upset our staff,'' he said.

Since the eruption, Quinn said Ngāti Awa and the tour company haven't spoken directly with WorkSafe, the regulator, other than through lawyers.

He's not aware of WorkSafe approaching the tour company about stopping operations when the alert level was lifted to two on the zero to five scale back in November.

That's because level two had long been considered an acceptable level to continue operating at.

Quinn said all White Island Tour staff are being paid in full through until the end of January and he doubts any conversations about resuming operations will take place before then.

For Cabinet ministers it's now a case of waiting for advice in the New Year as to whether any further investigations need to be undertaken.

Local Government Minister Nanaia Mahuta, who is responsible for private islands like Whakaari, is getting her own advice.

"There is an MOU arrangement between myself, I understand, and the regional council, in relation to what happens there. However, I think it's important to ensure post the Whakaari/White Island eruption we have greater clarity in how all the various responsibilities fit together and I'm seeking advice on that,'' she said.

His advice to tourists this summer was to ask questions.

There are already two investigations underway following the eruption and National's workplace relations spokesperson Todd McClay said government agencies needed time to get on top of exactly what happened.

"I think it's important we allow an inquiry to unfold, National will be supportive in this, and we'll have time to look at exactly what that should be," he said.

For two years WorkSafe has held the view several White Island helicopter companies should be on the regulator's register in the same way White Island Tours is.

Mr Lees-Galloway said there were valid questions about why that never happened.