Japanese rugby star Amanaki Mafi has dodged a conviction for the serious assault of a former teammate. 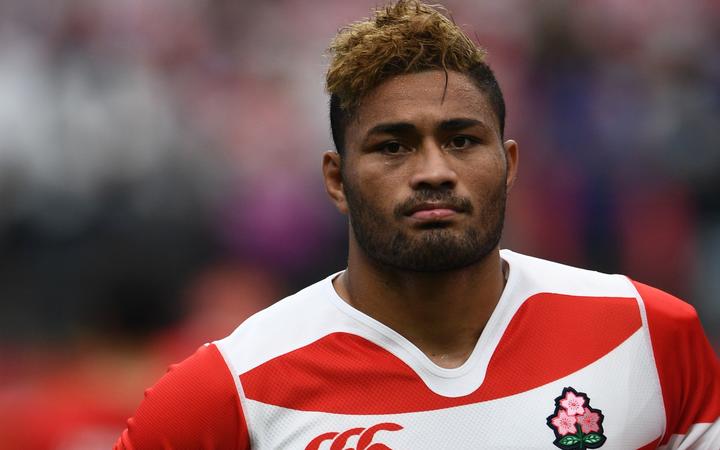 Amanaki Lelei Mafi was excused from appearing in Dunedin District Court this afternoon, but his lawyer, Anne Stevens QC, entered a guilty plea to one count of assault with intent to injure in his absence.

Judge John Macdonald granted Mafi a discharge without conviction after he agreed to pay $50,000 to his victim, former Melbourne Rebels teammate Lopeti Timani.

The 29-year-old assaulted Timani, who he had been friends with since their childhood in Tonga, after the pair had a fight at a family member's home in South Dunedin. The incident occurred after the Rebels' season-ending loss to the Highlanders in July last year.

The charge carries a maximum penalty of three years' jail, but the court heard Mafi would lose his rugby contract in Japan if he was convicted of the offence.

Mafi pleaded not guilty in September last year, and has not appeared in court since his first appearance following his arrest in July 2018.

In August this year, Mafi's case was set down for trial in early 2020, allowing him to play in the Rugby World Cup in October. The Japanese Rugby Football Union said it would not make any determinations about Mafi's playing future until the charges were dealt with in court.

Mafi's about turn came after he received a sentencing indication last week. 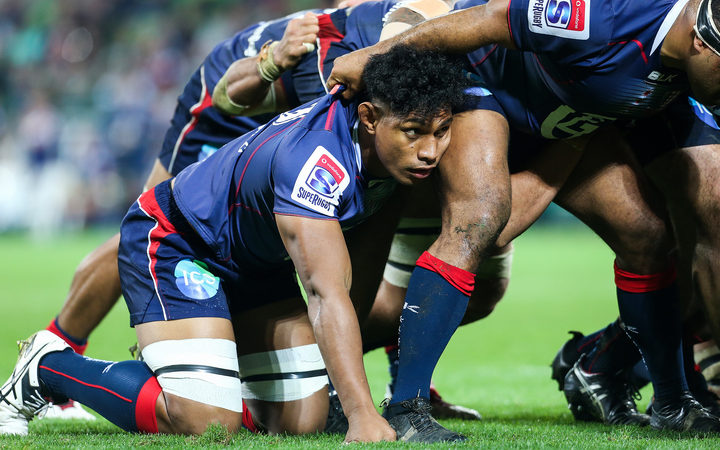 Lopeti Timani played for the Melbourne Rebels in 2018. Photo: AFP

"At about 4am. . . the victim began using coarse language around female family members. That angered the defendant," the summary said.

"The defendant and the victim then challenged one another to a fight. They began trading punches in the lounge of the house before being separated by family."

Timani fled the home out of fear for his safety and called his brother in France for assistance.

Mafi and his brother found Timani at a nearby park and Mafi continued his assault.

"The defendant managed to overpower the victim and repeatedly punched him in the face and head," the summary said.

"The victim told police [he] believes he was punched and kicked in the head and face numerous times by the defendant.

"The victim was then escorted to an awaiting vehicle but managed to flee from the vehicle when they stopped at traffic lights."

After explaining to the police he became enraged when Timani insulted a family member, Mafi said he "only stopped punching the victim when he thought the victim had had enough".

The court heard Timani believed he was knocked unconscious during the assault and feared what impact the concussion might have on his rugby career.

Timani previously played for the Wallabies, but currently plays in the Top 14 in France.

Judge Macdonald said it took Timani about six months to overcome his injuries.

Timani suffered physical and emotional harm, including "bleeding, swelling and bruising to his face and the base of his skull and neck".

The judge ordered Mafi to pay the $50,000 reparations to Timani within seven days.

Both were fined $AU15,000 by the Rebels following the incident for breaching team protocols.

Timani told the Sydney Morning Herald of the assault: "I thought I was going to die".