A mature female Hector's dolphin has been found dead at the head of Milford Sound in Fiordland. 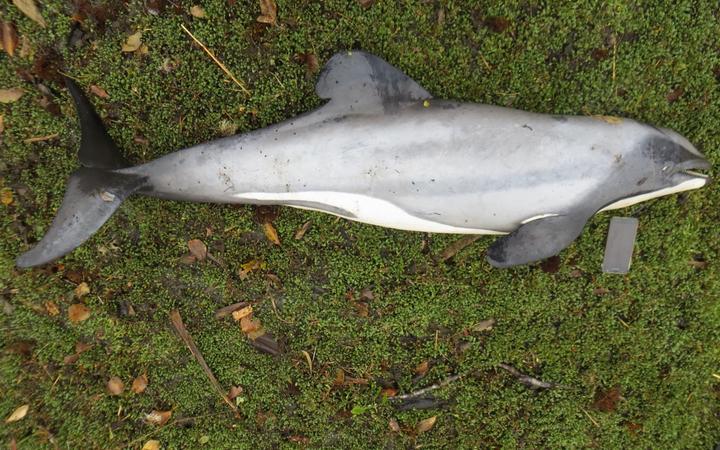 The Hector's dolphin was found dead at the head of Milford Sound in Fiordland. Photo: Supplied / Bruce Fraser

The Department of Conservation (DOC) said there were no obvious signs of the cause of death and the animal had been sent away to be examined.

DOC said while other dolphin species were seen in the sound, sightings of Hector's, either dead or alive, were rare.

It said while they inhabited the West Coast, they didn't usually travel this far south.

Hector's were nationally endangered with a population of around 10,000.