Police have named the two people whose bodies are still missing after last Monday's eruption. 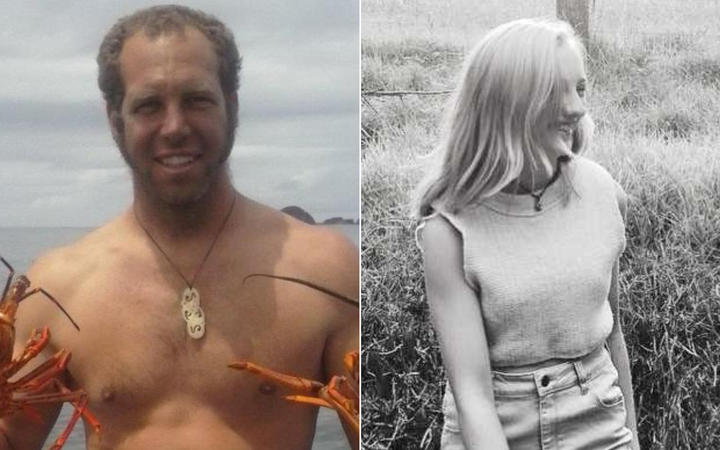 Police have begun scouring the far eastern Bay of Plenty coastline as the search continues for their bodies.

Deputy Police Commissioner Mike Clement said bad weather has prevented helicopters from searching around the volcano and dive teams haven't been able to get back in the water.

But he said they have started searching around Cape Runaway, which is where drift and tide modelling suggests a body that was on the surface of the water may wash up.

Today the names of two Australian citizens and one Australian permanent resident have been released by police as victims of the eruption.

They are Richard Elzer, Julie Richards, and Barbara Hollander.

Sixteen people have been confirmed dead as a result of the eruption, while 26 remain in hospitals in New Zealand and Australia, 10 in a critical condition.

Up to yesterday, 16 people were confirmed to be dead by police. This includes one Australian patient - who will not be named by police - who was transferred back home and died in hospital.

US citizens and brothers Matthew and Berend Hollander and local tour guide Tipene Maangi were also among the people to be confirmed dead over the past week.

Hayden Marshall-Inman was on the island as a local tour guide when it erupted along with 46 other people; 24 Australians, nine Americans, four New Zealanders, four Germans, two British, two Chinese and one Malaysian.

Many of the victims were there as part of a tour from the Ovation of Seas cruise ship.

On Friday when six bodies were recovered from the island, Marshall-Inman's brother told RNZ the families appreciated the efforts from authorities in the operation.

"We're making progress, we're moving forward, and that's all we want. We just want our loved ones back," he said at the time.

Mark believes his brother returned from a boat to the island to help people after the eruption: "There were footsteps showing he went back."

Anthony and Kristine Langford, from New South Wales, were travelling on the cruise liner with their two children, Winona and Jesse, to celebrate Anthony's birthday.

Winona is one of two victims who remain on or near the island. Their son, Jesse, is understood to have survived but is injured.

A statement released by the family reads, "Anthony and Kristine, loving parents to Jesse and Winona, were a wonderful couple and devoted to both their immediate and extended families. They will be greatly missed by all who knew them."

Richard Elzer - one of the victims whose name was released today - was on the island with his girlfriend, Karla Mathews, travelling in a group of nine friends on the Ovation of the Seas.

The 32-year-old woman's family have released a statement yesterday saying she has been positively identified as one of the six recovered on Friday.

"Our family is absolutely heartbroken and our big sister will be incredibly missed," the family said in a statement.

"We have an enormous sense of relief that she has finally been found and we patiently wait with the Elzer family for news of Karla's partner Rick so we are able to bring them home together."

The family expressed their gratitude to NZ and Australian governments for their support.

"We would like to especially thank the New Zealand Police for their unwavering efforts towards reuniting all families with their lost loved ones."

They had been travelling with a group of nine friends on the Ovation of the Seas cruise ship and were on an excursion to the island when the volcano erupted.

In a statement from their friends, they said they were "incredibly saddened to have lost three of our closest friends".

"We enjoyed the first five days of our trip and have many memories that will stay with us forever."

Barbara and Martin Hollander were on holiday with their two teenage sons, Berend 'Ben' and Matthew, who both died in hospital.

They had moved from Chicago to Australia six years ago.

In a statement to ABC Eyewitness News Chicago, Barbara's parents Larry and Norma Noesen said, "We are together with our family grieving the loss of our loved ones. Our amazing daughter, Barbara Hollader and our son-in-law, Martin Hollander were a wonderful couple and parents to our grandsons. We appreciate all the support."

Knox Grammar School principal Scott James said Matthew, a Year 8 student, had a close circle of friends and was always enthusiastic about life.

He was involved in cadets and represented the school in basketball, squash and debating.

"He was always enthusiastic about life and was actively involved in school and year group activities."

His brother Ben, who was a Year 10 student, had a great love for the outdoors and was a compassionate, enthusiastic student, James said.

"Ben's engaging smile and quirky sense of humour made him a good mate to his close group of friends and a welcome member to every classroom."