An ancient penguin species discovered on the Chatham Islands is helping to bridge the gap between extinct giant penguins and their modern relatives. 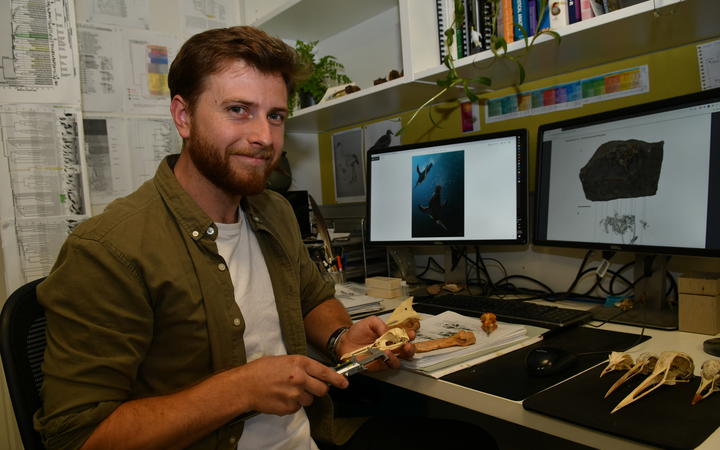 A paper from University of Canterbury's alumnus Jacob Blokland published in a United States palaeontology journal shows the newly-described Kupoupou stilwelli lived on the Chatham Islands between 62.5 and 60 million years ago.

Kupoupou stood just over a metre, it shared the seas with several ancient penguin species recently discovered on the South Island's east coast, including some giant species.

The name Kupoupou is derived from the native language of the Chatham Islands' indigenous Moriori people.

Another two specimens showed a second, larger penguin species was also present on the Chatham Islands, but there was not enough material to formally name it. 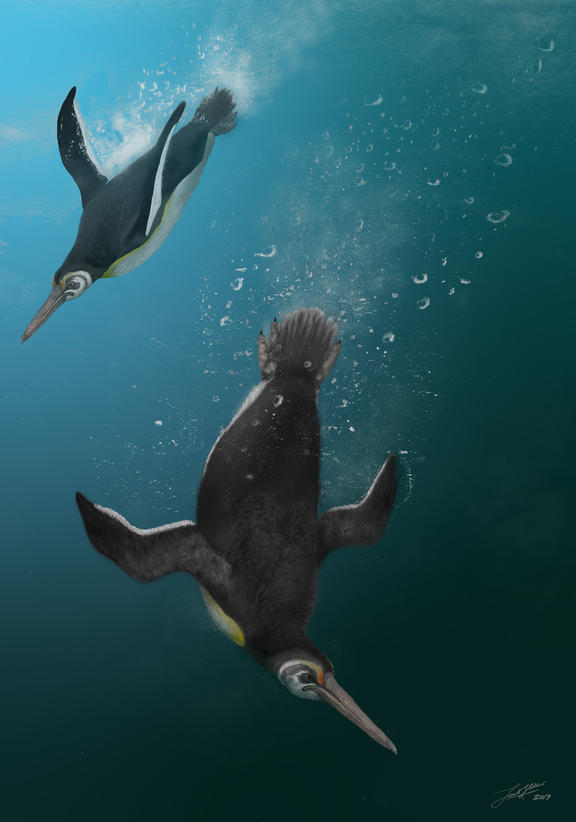 The fossils were discovered by a group led by palaeontologist Jeffrey Stilwell, an Associate Professor from Monash University in Melbourne, and included Alan Tennyson from Te Papa Tongarewa the Museum of New Zealand and Professor Julia Clark from University of Texas at Austin. The species is named after Associate Professor Stilwell with all specimens now cared for by Te Papa.

Mr Blokland said finding so many penguin species in and around the South Island's east coast suggested this area played an important role in the development of penguins and may even be where they originated.

"The fact that we've now found so many penguin species in and around the South Island's east coast suggests this area played an important role in the development of penguins. It might even be where they originated," he said.

"It's not impossible that penguins lost the ability to fly and gained the ability to swim after the extinction event of 66 million years ago, implying the birds underwent huge changes in a very short time. If we ever find a penguin fossil from the Cretaceous period, we'll know for sure," Dr Scofield said.