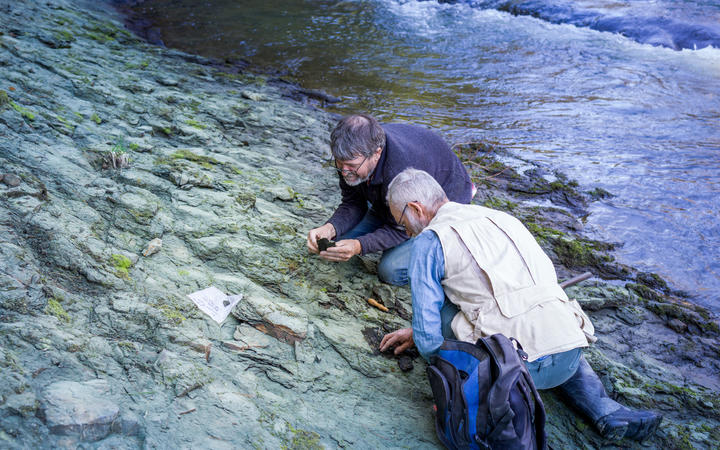 Bony-toothed birds or Pelagornithids, were an ancient family of giant seafaring birds, thought to have evolved in the Northern Hemisphere.

However, that theory has been upended by the discovery of the family's oldest, but smallest member in New Zealand.

Canterbury Museum curator, Dr Paul Scofield was one of five people to identify the fossil and says it would have looked like a regular seabird.

"Protodontopteryx had bony, tooth-like projections on the edge of its beak," he said.

The partial skeleton was found last year by amateur palaeontologist Leigh Love at the Waipara Greensand fossil site, but it's taken until now for Canterbury Museum to work with a German expert to determine exactly what it was.

Since 2005, Mr Love has been uncovering thousands of fossils in Waipara, and has then been handing them on to the Canterbury Museum to identify them. 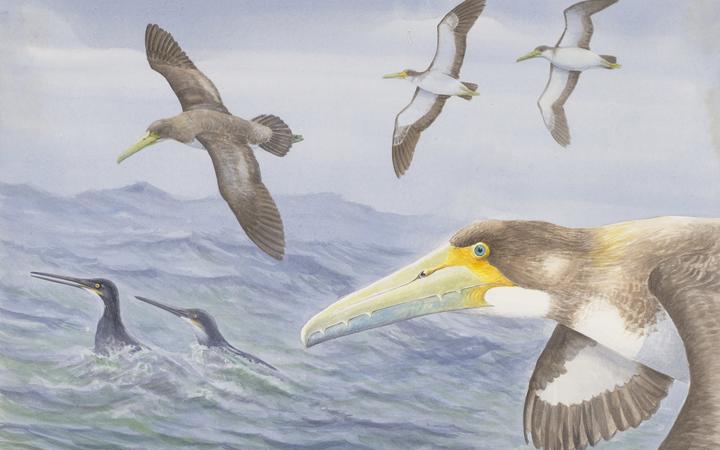 "It was unlike anything I have ever seen before. It caught everybody by surprise . It shouldn't have been there. There was no such thing found anywhere else in the world in that age. That's when the excitement really kicked in," Mr Love said.

The fossil was identified by the same team that recently announced the discovery of a 1.6 metre-high giant penguin from the same site in Waipara.

Dr Vanesa De Pietri said the Waipara site is best known for penguin and shark fossils so the team were thrilled about another discovery.

The bird was named Protodontopteryx ruthae after Mr Love's wife Ruth, to thank her for tolerating his decades-long passion for palaeontology.

It lived in New Zealand soon after the dinosaurs died out and the last species of the bird died about 2.5 million years ago, just before modern humans evolved.

The fossils would be exhibited at Canterbury Museum later this year.