A scientist helping to map the floor of Lake Wanaka says the team involved aim to establish if the town is at risk from a localised earthquake. 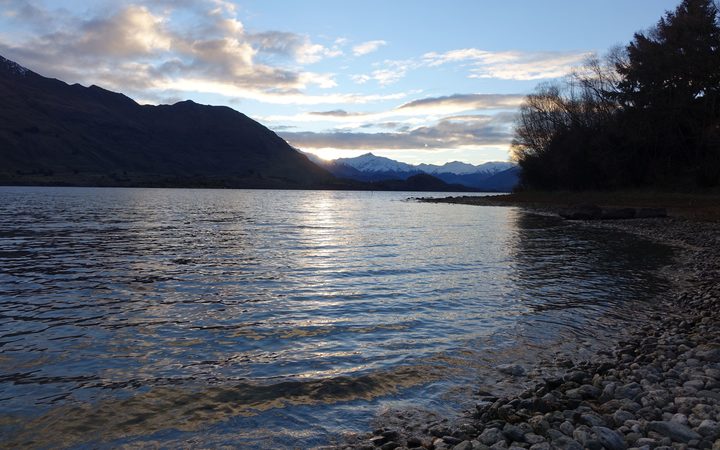 Marine geologist Joshu Mountjoy said the survey of the southern half of the lake built on work already completed to assess a newly mapped fault.

A recent review of active faults in the Queenstown Lakes and Central Otago districts identified a likely active fault under Wanaka, which may be part of the North West Cardrona Fault.

It was previously thought to have run northeast from the Cardrona Valley, but was now thought to be beneath part of Wanaka township, and out under the lake.

The GNS review was commissioned by the Otago Regional Council, whose natural hazards analyst Ben Mackey said further work was needed to substantiate the findings and understand any implications for Wanaka.

"Since receiving the GNS report, the regional council has commissioned NIWA to carry out a geophysical survey of sediments beneath Lake Wanaka. This work will look for evidence that the fault continues out into Roys Bay," Mr Mackey said.

Dr Mountjoy of NIWA said they had now carried out the survey to find out exactly where the fault was, and how active it might be.

"We're looking into the sub-surface sediments in the lake to see if there's any deformation related to faults, so any kind of bending, folding or breaking of the sediments that might be related to an active fault."

A recent GNS Science paper said there have been no large earthquakes within the Queenstown Lakes or Central Otago districts since European settlement, but there was evidence from prehistoric times that highlighted the need to assess active fault or fold features in the Otago region for their hazard potential.

Dr Mountjoy said the fault found to run beneath the township was "reasonably subtle", but the council wanted more information.

NIWA used advanced multibeam echo sonar equipment to map the lake floor, which was a process where systems emitted sound waves in a fan shape beneath the boat's hull, gaining information from the returning soundwaves.

"That allowed us a clean look beneath the lake surface, into the sediments."

Dr Mountjoy said while the priority was assessing earthquake risk, a secondary hazard was the potential for a tsunami if there was enough of a vertical component in the fault, which could generate a wave if it ruptured.

"There's also the element around landslides, which could be triggered by an earthquake and then create a tsunami."

The potential for a landslip-generated tsunami in the lake was highlighted in 2016 by Wanaka-based engineering geologist Graeme Halliday, who presented a paper at an international conference in Italy.

Mr Halliday's report found that the high probability of a major earthquake as a result of the Alpine Fault rupturing, was likely to trigger many landslips around the Southern Alps, including the shoreline of Lake Wanaka.

By using satellite and aerial imagery, he identified target areas where the slopes exhibited possible evidence of past landslips.

The lakebed survey carried out by NIWA was similar to surveys on Lake Wakatipu and Lake Tekapo, where evidence of past landslides and an active fault was investigated.

Dr Mountjoy said evidence of the country's seismic past was being continually revealed.

"Nobody's been in an mapped Lake Wanaka to any degree since the 1970s, but we've now got new techniques where we can go in and look at these places like we were never able to before.

"New Zealand's a really dynamic landscape and we know there are a lot of earthquake sources - a lot of faults, and we certainly don't know where they all are."

Dr Mountjoy said the results of the survey would be released early next year.