Forest and Bird says there is nothing to suggest a Russian hacking scandal has hit its Bird of the Year competition, despite hundreds of votes coming from the Federation. 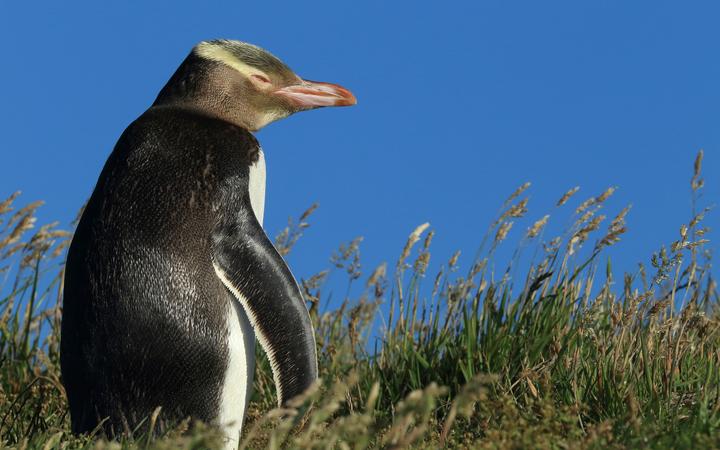 "There's certainly been a bit of speculation online about whether or not that's suspicious," Forest and Bird spokesperson Megan Hubscher said.

"I've been pointing out to people we do share birds with Russia - a lot of New Zealand's birds are migratory."

Votes had to be confirmed via an email address to count, and only 193 votes from Russia were included in the final tally. In comparison, New Zealand had more than 16,000 votes with 12,600 of them confirmed. 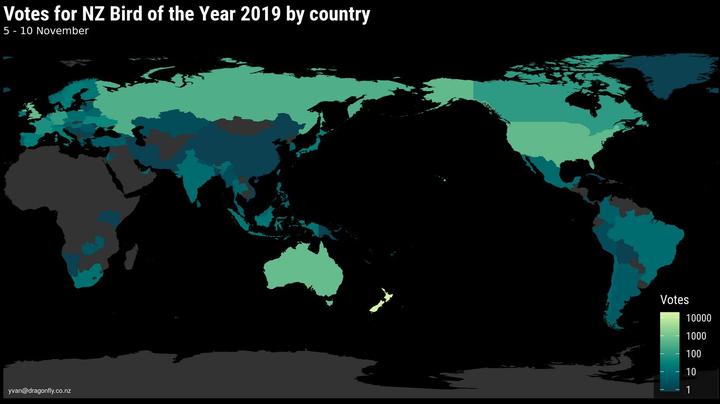 A global map showing where the Bird of the Year votes came from. Photo: Forest and Bird

Ms Hubscher said the votes have been scanned and they all looked legitimate. There's been a lot of international interest this year, she said.

"We've had a look at the IP address and done a data scan on all of the votes, and it looks pretty clean from our point of view. The competition is open to anyone - people from Britain or Australia or Russia [who] want to get in on the action, they're more than welcome to."

She said the bar-tailed godwit - the 2015 winner of Bird of the Year - does a huge round trip each year between here, Alaska and eastern Russia. 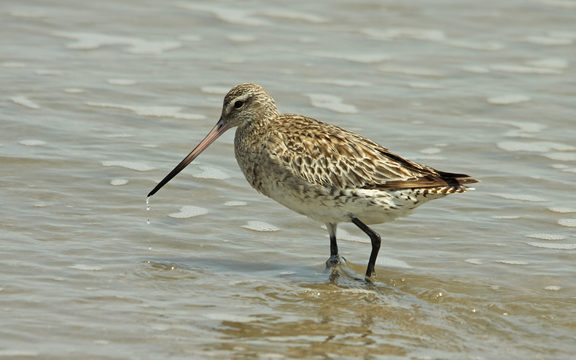 "There could be a reasonable explanation for why we're getting those votes; it could be bird lovers from Russia getting in on the game. But if you want some conspiracy theories, Twitter is probably the place for that."

The Forest and Bird Twitter account tweeted a map of votes by country, captioned: "That's a decent number of votes from Russia," along with a thinking emoji.

Ms Hubscher said it was a "fairly safe bet" that the speculation flying round was tongue-in-cheek, and that there have not been any complaints to the Electoral Commission, which most certainly does not oversee the annual competition.

There were even some single votes apparently cast from the Republic of Moldova, Saint Lucia, Mauritius, and Greenland.

The Hoiho, or the yellow-eyed penguin, won this year's at times fiercely competitive campaign, pipping the kākāpō in a close run race.

There are only 225 pairs of the the Hoiho remaining on mainland New Zealand, less than one pair per Russian vote.

It faces a number of threats, including warming oceans affecting food availability, bottom trawling damaging feeding grounds, being caught in fishing nets, and disturbance from humans. Its conservation status is 'in serious trouble'.

Its campaign was publicly backed by two Dunedin Mayors, incumbent Aaron Hawkins and recently-departed Dave Cull. The hoiho is also on the $5 note.