The annual Bird of the Year competition is ruffling feathers in both the rural and forestry sectors. 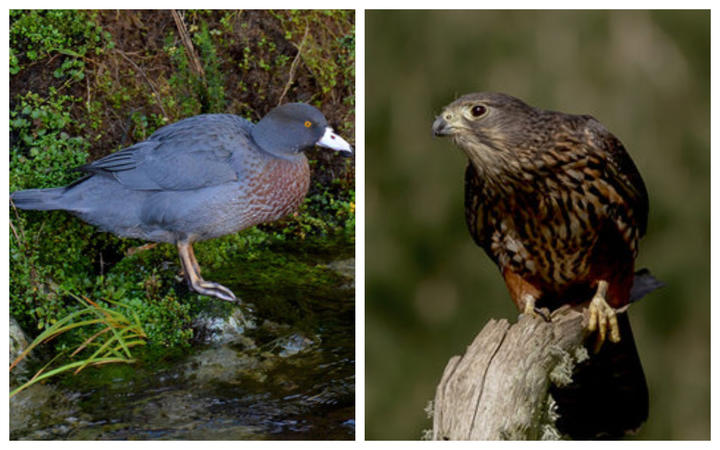 Farmers are supporting whio, pictured left, while the Forest Owners' Association is backing the karearea to be the nation's supreme bird for 2019. Photo: Supplied / Shellie Evans / Janice McKenna

Farmers are taking the whio or blue duck under their wing, claiming they resemble farmers by paddling away, head down, bum up, getting their work done as best they can.

Chris Allen from Federated Farmers said the birds are similar to farmers in other ways.

"It's a tough little guy and there aren't too many of them, like farmers... and the whio loves a good, clean river and a nice clear sky, just like farmers do." 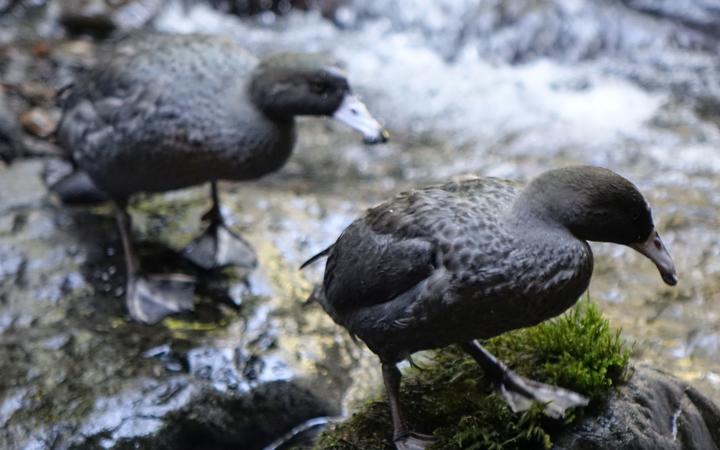 Farmers are getting in behind whio for the Bird of the Year contest. Photo: RNZ/Robin Martin

Meanwhile, the Forest Owners' Association is rattling the cage by saying the rare kārearea, which lives in pine forests, is the country's most spectacular bird, flying more than 100 kilometres an hour.

Spokesperson Peter Weir said it is a unique bird.

"Most pairs of this rare bird live in pine forests where they nest on the ground among newly planted trees and keep an eye out for predators and prey from the vantage point of nearby mature trees." 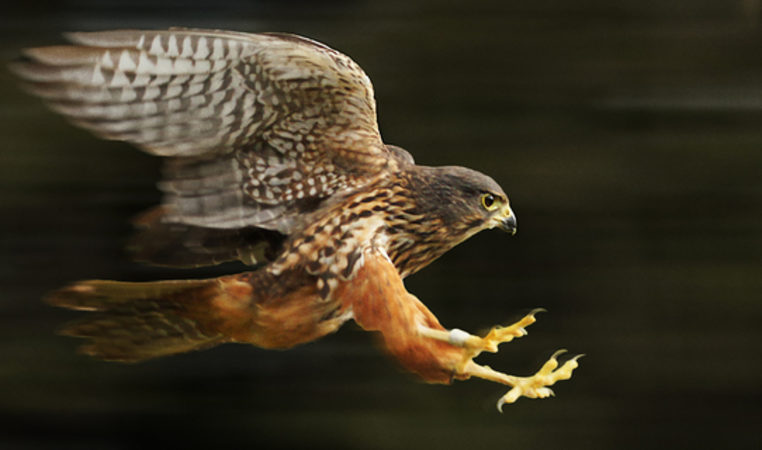 Foresters claim the kārearea is the nation's most spectacular bird. Photo: Supplied / 'The Hunters' by Debbie Stewart / Photographer Chris Parkin

Mr Weir said the kārearea is also on the $20 note, which trumps the whio, which is only on the $10 note.

But Mr Allen said there are more $10 notes in circulation, so that gives the whio an edge.

Voting for the Bird of the Year competition closes at 5pm tomorrow.

This year the competition features rankings-based voting for the first time, instead of a first past the post system.

Voters can select up to five birds in order of preference.

The popular competition was won last year by the kererū.