Stormy weather is expected to continue in parts of the country today after thousands of lightning strikes were recorded at the weekend. 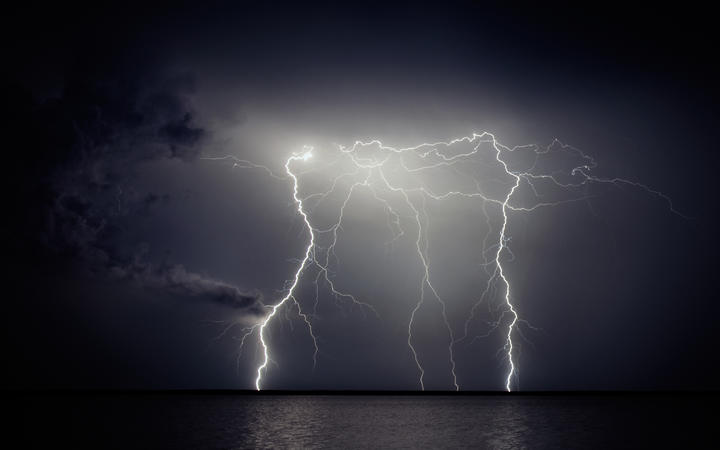 NIWA recorded 66,000 strikes across New Zealand and the Tasman Sea on Sunday.

Fire and Emergency responded to 15 weather-related calls yesterday evening across Northland, Auckland and Waikato. A roof lifted off in Waiuku, south of Auckland, while most of the other incidents were fallen trees.

MetService meteorologist Melissa Oosterwijk said while it was clear in the region now, more thunderstorms were possible this afternoon.

Lightning strikes! ⚡—our time lapse camera caught a flash of lightning, which is pretty lucky considering it takes a picture every 30 seconds pic.twitter.com/5jrNpRwuSX

"We do have a couple of moderate thunderstorm risks which means the ingredients are all there for thunderstorms and it is likely there will be some in the area. For the Auckland region we're expecting the potential for thunderstorms again in the afternoon and then moving into the evening for that Gisborne area."

She said heavy rain along the east coasts of both islands and Wellington should clear by this afternoon.

Want to see 48hr of lightning?
This is what it looks like for us! While New Zealand doesn't lead the world with the amount of lightning we get, springtime can certainly bring quite active weather our way!
Check the Thunderstorm Outlook on our website https://t.co/BZWb7ZPiRd
^Tui pic.twitter.com/zg5FeicdNB

"Mostly the rain has been along the east coasts of the North and South Island along Gisborne, Hawke's Bay and into the Wairarapa. Wellington has also been quite wet overnight. Marlborough and the Canterbury coast, it's also been raining quite consistently."

"For most places there is an easing trend. All of the places that have got rain at the moment we're expecting those to gradually clear away and the fine breaks will increase and eventually by evening it should be fairly dry.

"However for Gisborne, Hawke's Bay and Auckland we're expecting it to be the opposite - this morning will be nicer but rain again in the afternoon and continuing into the evening."

Yesterday there were more than 2000 lightning strikes in Auckland.

Auckland Airport reported eight cancellations of domestic and regional flights last night due to weather-related issues. The airport is back to business as usual today.

International flights were not affected.

In Wellington yesterday, 54mm of rain was recorded at the airport in eight hours, MetService said.

Meanwhile, a section of State Highway 6 between Korere and Glenhope remains closed due to slips, flooding and fallen trees.

Rain, gales later in the week

Heavy rain is likely to Westland and Fiordland, MetService says, while downpours are possible for the headwaters of Otago and Canterbury Lakes and Rivers on Wednesday, in Buller and Nelson, including Richmond Range on Wednesday and early Thursday and on Mount Taranaki on Thursday.

Strong north-westerlies could reach severe gale force in Southland, Otago, the Canterbury High Country and Marlborough on Wednesday, and in exposed parts of the Marlborough Sounds, Wellington and southern Wairarapa during late Wednesday and early Thursday. 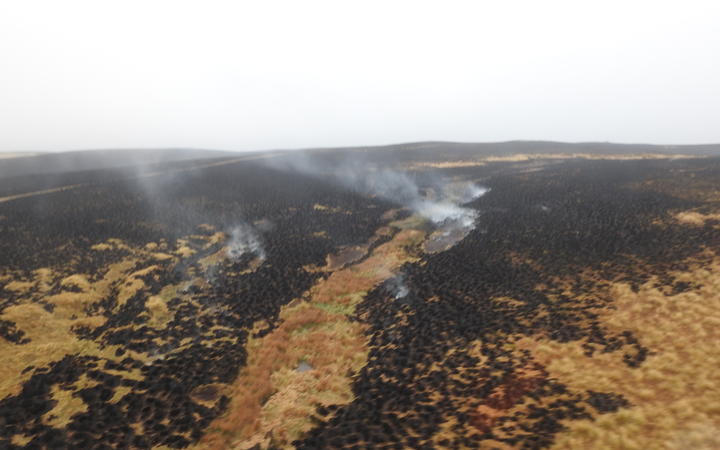 Rural firefighters in Otago are staying on the alert in case more strong wind forecast for Tuesday reignites a large blaze near Middlemarch.

The fire at the weekend spread quickly through more than 4600 hectares of grassland at the edge of Te Papanui Conservation Park, amid wind of up to 100 km/h.

"Tomorrow we've got some wind - this fire was fanned originally by wind ... so, big effort today, we've just got to ... check a couple of edges, making sure they're not hot," Principal Rural Fire Officer for Otago Graeme Still said.

Ten helicopters with monsoon buckets and four ground crews tackled the blaze, which is now contained.