The 'She is not your rehab' movement which helps men heal from past trauma, has become so popular, people overseas are now "ripping off" their merchandise. 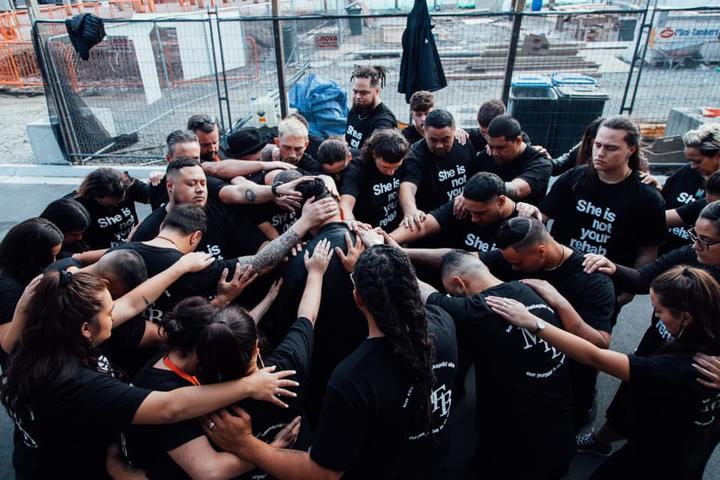 'She is not your rehab' started in Christchurch barbershop My Father's Barbers and has been calling men to deal with their childhood pain and abuse, instead of projecting it onto their relationships.

The phrase 'She is not your rehab' is a philosophy founder Matt Brown has been encouraging his barbershop clients to embrace for years, and now the world is catching on.

Mr Brown and his wife Sarah have been selling T-shirts with 'She is Not Your Rehab' to help raise awareness about the movement after people started asking for them.

Within weeks, hundreds of thousands of people have heard about the movement, with many buying a T-shirt as a response to help shift the culture of domestic violence by promoting healthy relationships.

But, 'She is not your rehab' T-shirts are now being replicated by international sellers online.

Dozens of websites including Amazon have been copying and selling their T-shirt's and making merchandise with the catch phrase 'she is not your rehab' which the pair filed a trademark for. 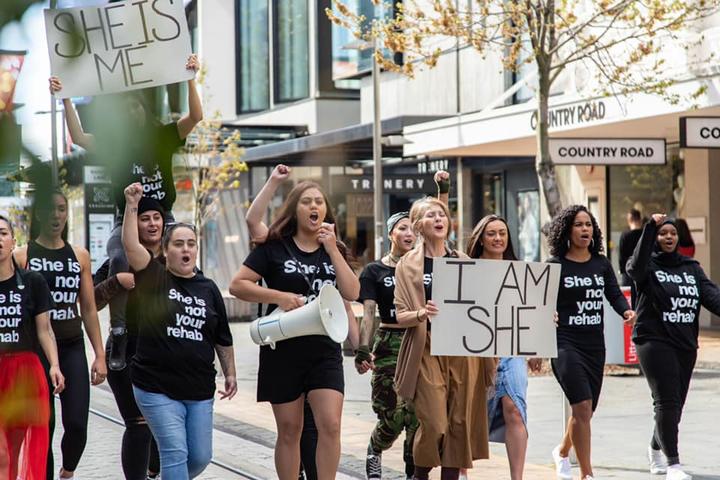 Co-founder Sarah Brown said she was "amazed by how fast the movement had been gaining international attention" but said it was disappointing to see people "ripping off their T-shirts".

"Our T-shirt profits go towards buying other people T-shirts in order to keep the movement growing," as well as helping the cause, Ms Brown said.

Ms Brown said if people want to buy the T-shirts from the correct place they should go to the 'she is not your rehab' website.

Healing from past trauma is something Ms Brown said is hard to do when domestic violence is often normalised and unquestioned in the Pacific Islands.

She said discussing domestic violence and sharing your story can be culturally taboo but without addressing this - there can be no change.

Many people who grow up in the Pacific Islands are conditioned to think sexual or domestic violence is okay, but coming to New Zealand, the culture is different and it's about changing mindsets, she said.

The T-shirts are an important part of growing awareness and keeping the movement alive, she said.

The pair have recently been teaming up with influencers and well-known public figures, giving them T-shirts and asking Pasifika and Māori couples to be examples of positive relationships, by sharing their stories.

"We need to change the narrative, not all Māori and Pasifika men are bad and we want to highlight couples who are doing relationships right," she said.

These stories will be promoted on White Ribbon day which falls on 25 November, and is also the same day their relationships podcast launches.

Earlier this year the pair were funded by the Ministry of Social Development for two days to do workshops on helping Māori and Pasifika men learn the basics around connection and relationship building.

They also run workshops with prison inmates as well as do courses with other barbershop businesses on how they too can use their barbershops as a place for men to heal and get a hair cut.