The 'She is not your rehab' movement is empowering men to address domestic violence by healing from past traumas through honest conversations. 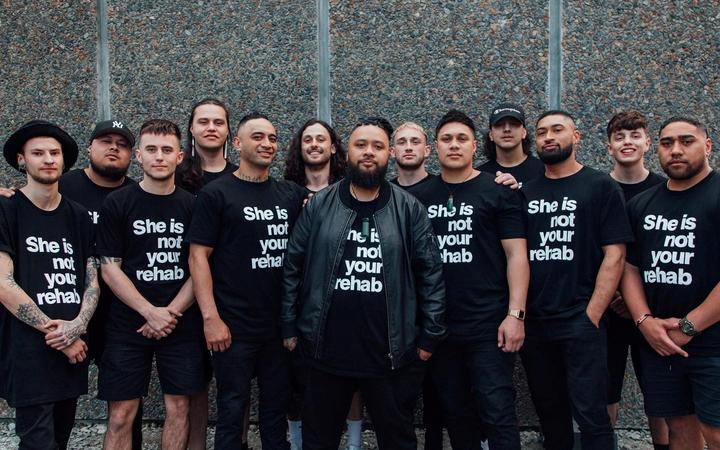 Matt Brown, centre, and 'She is not your rehab' supporters. Photo: Supplied

She Is Not Your Rehab was started by men from Christchurch barbershop My Father's Barbers.

The barbershop is known as a place "where men go to heal" and is now calling men to deal with their childhood pain and abuse, instead of projecting it onto their relationships.

Owner Matt Brown, an author, speaker and internationally-acclaimed barber, said his business had become a safe space where men could open up about the issues affecting them.

"This was a response to the men that sit in my chair and taking responsibility and healing ourselves, doing the work, whether it's getting help... talking to your friends or seeing a counsellor," Mr Brown said.

His clients ranged from boys to elderly men and many had experienced violent upbringings or felt the wounds of going through "the system and being in foster homes."

"These children grow up to become adults who carry that pain and transmit it onto everyone else."

In August, Mr Brown performed a haka with his friends and employees and gave a Tedtalk about his story of a violent and sexually-abusive upbringing. 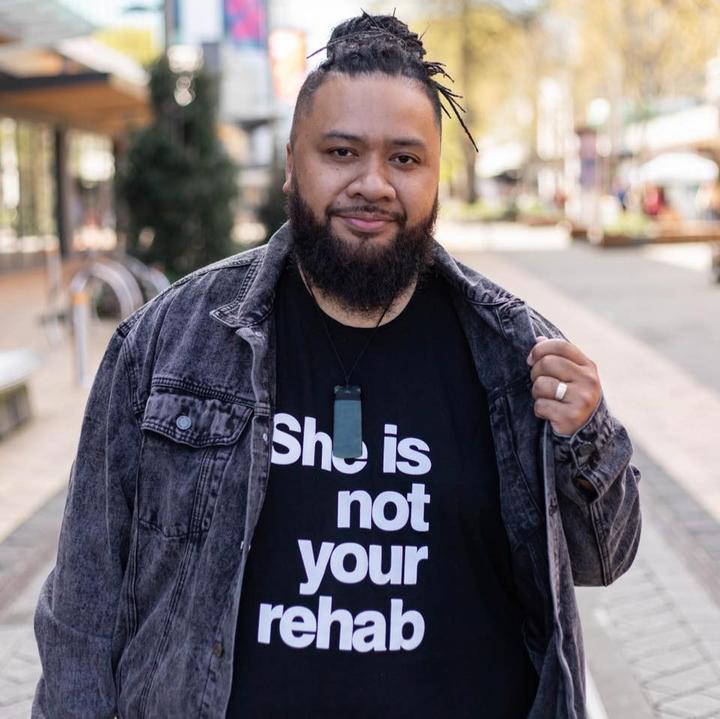 He and his team wore T-shirts with the slogan "She is not your rehab", which is how the movement gained attention online.

Now thousands of their T-shirts are being sold globally.

"I never really thought my barbershop story that began in a garden shed in Aranui would be worthy of such a platform.

He hoped it would have a ripple effect to create violence-free communities.

His wife, Sarah Brown, is also a fierce advocate for the cause.

"We are passionate about changing the culture... men everywhere need to hear this message," she said.

Some women have told her they have started seeing changes in their partner's behaviour and attitude.

"I've had women come up and thank us for starting this movement and creating spaces to have conversations," Mrs Brown said.

The growing success of 'She is not your rehab' has led the pair to launch a relationship podcast in December and a book next year.