Police are seeking sightings of a young person from earlier this week in relation to an investigation into the death of a nine-year-old in Otatau, Southland. 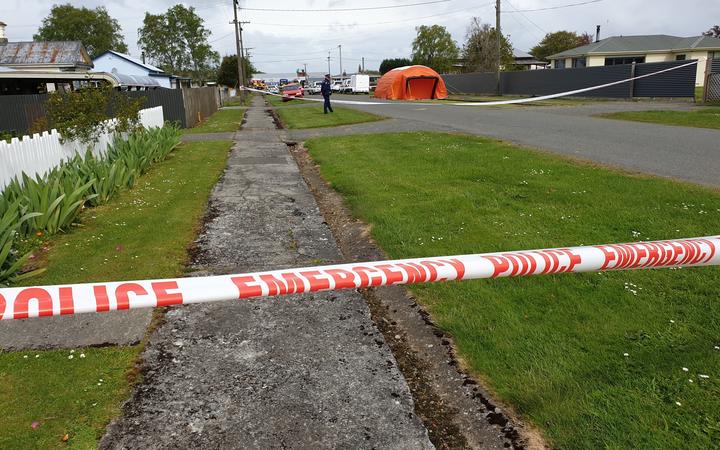 The police cordon around the area where an 8-year-old died in Otautau. Photo: RNZ / Tim Brown

A forensic examination of two properties had continued today on the street of the incident, and an area canvas will also happen in the town tomorrow.

Police said they were not seeking anyone else in relation to the incident and wished to reassure the public that this was an isolated incident.

Police said they are also interested in any sightings of a youth walking in the general area of Eton St, Otautau between the same times.

Anyone with information that may assist the police investigation is asked to contact police on 105.

Police have today clarified the boy who died was a nine-year-old, not eight years old.