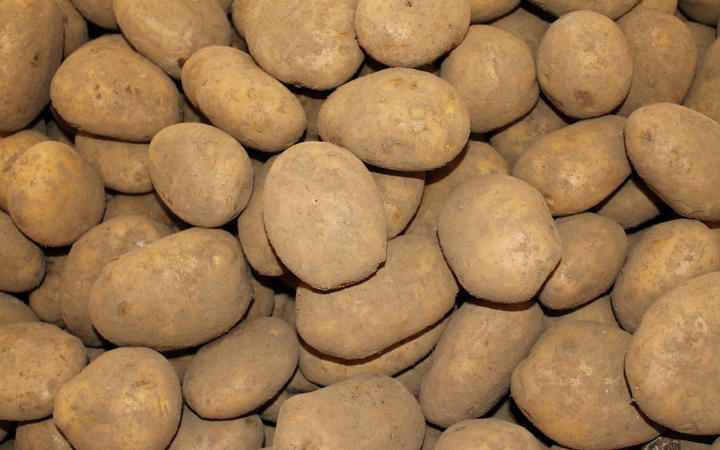 That's because it could put a block on crop rotation that was essential for the potato business to survive.

It would then install long term restrictions on intensification via local government rules from 2025 onwards.

Potatoes New Zealand said it supported the principle of clean waterways, but chief executive Chris Claridge said the way this was being proposed was a huge threat.

"We need the flexibility to be able to lease land and rotate [crops]," Mr Claridge said.

"If we don't, and crops are trapped within a region or a zone, we have a problem, because we need to rotate constantly to avoid the build up of soil borne diseases."

Mr Claridge said potato growers usually avoided the build up of pathogens by working their way through a series of leased paddocks year by year, and not returning to the original field for 10 years.

But if any one of those leased paddocks was grassland, then the owners could be prevented under intensification rules from offering it to a potato grower.

This might make banks unwilling to lend money to potato growers if they feared they were facing a dead end.

And it could play havoc with long-term leasing arrangements that prudent farmers signed as a matter of course.

"This is one of the unintended consequences of these types of policies," Mr Claridge said.

"We have an economic opportunity with increasing demand for our products for the export market and for vegetables full stop.

"We are acknowledged as producing food that is good for people, but we have to make sure we are not trapped [in a declining patch of land]."

Mr Claridge said this problem could apply to other vegetables as well as potatoes.

"We have to be very cautious about putting in rules that have the unintended consequences of killing off the very sector that is seen as a future growth industry for the country: the vegetable sector."

Its position was similar to Potatoes New Zealand in that it supported the principle of cleaner water, but had many problems with the proposal, citing the one-size-fits-all approach, the short consultation timeframe, inadequate transitioning periods, and costly and often unjustified impacts on farmers.

"What works in Waikato won't work in Southland or it might not work in Canterbury," said Federated Farmer spokesperson Chris Allen.

"We need to be able to adapt and respond to market signals and having blanket rules makes that very hard."

In its submission, Federated Farmers said farmers should not be forced to pull out and relocate riparian fencing that had already been installed to protect rivers.

Federated Farmers also opposed 5m set-backs as a way of keeping stock away from rivers, saying that instead the focus should be on keeping livestock out of lowland waterways below a five degree slope through Farm Environment Plans.

These plans should be living documents, not locked in time, and targeted towards farmers in a meaningful way, the group said.

Federated Farmers also strongly opposed the suggested new limits for nitrogen, phosphorus and sediment, claiming they were not scientifically robust or properly costed, nor were they always practically achievable.