The farm and green lobbies went head-to-head at the inaugural Masterton District Council meeting over a submission officials had put together on the government's fresh water reforms. 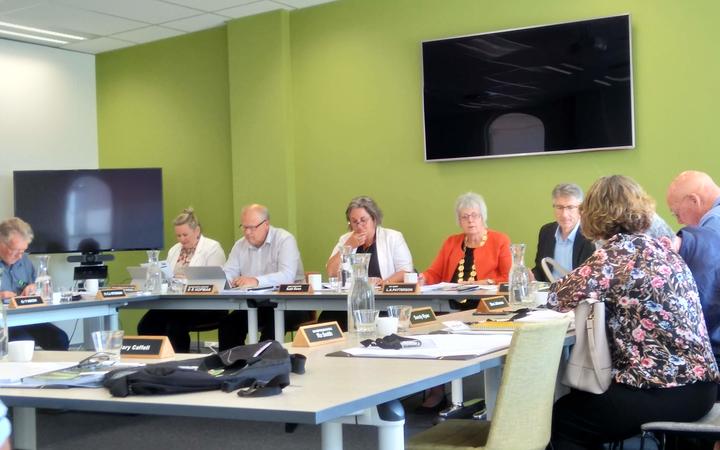 The submission to the Ministry for the Environment on the Action for Healthy Waterways discussion document said the reforms were wide-ranging and the rural sector would be impacted. It would be better to focus on specific areas of concern.

Newly elected councillor David Holmes, the local National Party boss, rose to his feet to give a passionate speech from prepared notes about what farmers had done to improve waterways and how regulation being forced on them would be a massive burden.

Mayor Lyn Patterson said many of the points Mr Holmes made were in the submission.

Mr Holmes was backed up by councillor Tina Nixon.

She said the council officials had done a good job on the submission but it lacked an emotional and real element and should give some examples "so people understand on a real, raw basis just what the impact is".

What was missing from the submission was "the story".

Deputy Mayor Graham McClymont asked who was going to pay for case studies.

He said the council had been submitting to the Greater Wellington Regional Council (GWRC) for four years on water issues and a lot of council resources had gone into it.

People talked of a Wairarapa way of doing things and GWRC just didn't get it.

The submission said the freshwater resources in Wairarapa Valley were generally in good health. With the exception of a small number of tributary streams, the river water quality was at or better than proposed levels.

One stream, Parkvale, had been identified as needing immediate action to address nitrogen losses to water.

The submission said the proposals were expensive to implement and they could force land to be retired or become uneconomic to farm. A lot of unnecessary work would be done because of the blanket approach and there was insufficient funding to pay for the work.

Mr Holmes said compulsory farm plans required in the reforms would cost of $3000 per farm to prepare and would just create an industry of plan writers and auditors.

But councillor Chris Peterson, a consistent spokesperson on climate change and conservation issues, wasn't having any of it.

He said he was deeply disappointed by the submission.

"It doesn't align with the spirit of the times," he said citing the many green protest movements around the world.

The three big issues facing the world were climate change, biodiversity and water quality, he said.

He said all the council had to say in the submission was "we need more time and evidence".

It was like Saint Augustine saying "God make me be celibate not, not just yet", he said.

"I think we need to be bolder and more progressive."

He voted against the recommendation to approve the submission.

Holmes said the discussion document had massive ramifications for both metro and district councils.

It also had ramifications for the Department of Conservation, as it oversaw massive amounts of wild country.

How would it keep wild animals out of waterways and control weeds, he asked.

He said there were good ideas in the document but it also contained "outlandish proposals affecting this very council".

His prepared notes said "this document, and I hope you have read it, will, if half of it goes ahead cost councils a lot of money. Who pays? The ratepayers do. For what!"