The Royal Commission investigating abuse in care has heard disabled people in care between the 1950s and 1990s were regularly restrained, neglected and unloved. 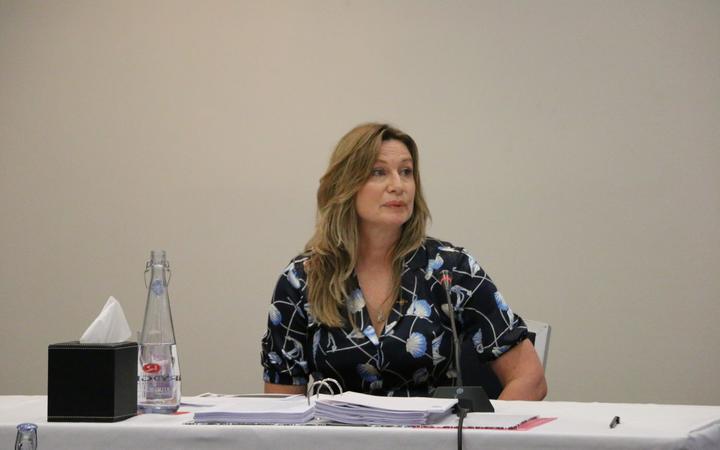 The director of the Donald Beasley Institute, Dr Brigit Mirfin-Veitch, gave evidence to the inquiry on the fourth day of its hearing in Auckland.

Dr Mirfin-Veitch was contracted by the Human Rights Commission in 2007 to research the abuse of people with disabilities in care.

For her research, she spoke to five women and 13 men with learning and physical difficulties who were placed in psychopaedic and/or psychiatric hospitals, faith-based, and state institutions between 1950 and 1992.

Dr Mirfin-Veitch said three survivors were Māori and one was from the Cook Islands. The rest were assumed to be Pākehā.

Most of the survivors had been placed in care at a young age and remained there for their entire adult lives, Dr Mirfin-Veitch said.

The people frequently experienced neglect and described feeling unloved in care, she told the Royal Commission.

"They had no special people in their lives there to love, support, and nurture them."

Survivors often linked their experiences in care with the life-long feeling of being unwanted, she said, and they struggled to trust other adults as they aged.

She told the inquiry the survivors' basic needs were not met.

Dr Mirfin-Veitch recalled the experience of one survivor who said they could often smell people who needed assistance to go to the bathroom but were never given it.

"There were people who couldn't move and they would just stay where they had been left in the morning after breakfast. Most of those people were non-verbal and were trapped until someone got around to attending to them."

The Royal Commission heard disabled people in care lived in constant fear and some put their own mechanisms in place to try and stop the abuse.

One person, Dr Mirfin-Veitch said, stopped talking because "talking got her into trouble", and felt it was safer to stay silent.

Survivors also experienced sexual violence that was an "inescapable and unchallenged reality" for disabled people in care, Dr Mirfin-Veitch said.

She told the inquiry many felt nothing could be done about the abuse, so would keep quiet and hope it wouldn't happen again.

While many believed institutional abuse in care was in the past, she said, there were still clear gaps in the system that allowed abuse in care to continue.

Dr Mirfin-Veitch told the Royal Commission those who experienced the trauma in care deserved to know how it was allowed to happen.

Survivors also spoke about control and restraint at the hands of those entrusted with their welfare.

"Including being told, but not limited to, when to shower, when to shave, when to eat, when to dress," said Dr Mirfin-Veitch.

She said the victims strongly felt they were trapped in state care.

She quoted another survivor.

"If you run away they put you in pajamas and on the bad table and you had to stay in pajamas all day while others had their clothes on. You had to sit in one corner by yourself and you don't have your friends around you."

Dr Mirfin-Veitch said sexual violence seemed to be an inescapable and unchallenged reality for a significant number of disabled in state care and many perpetrators were never held to account.

"For example one survivor was sexually assaulted at knife-point by an older peer when she was 11 and despite her being able to point him out, there was no sense in her story that the perpetrator was punished."

An historian, disability rights activist and mother of an adult disabled son, Dr Hilary Stace told the Commission that nothing about disability support now or in the past, shocked her. 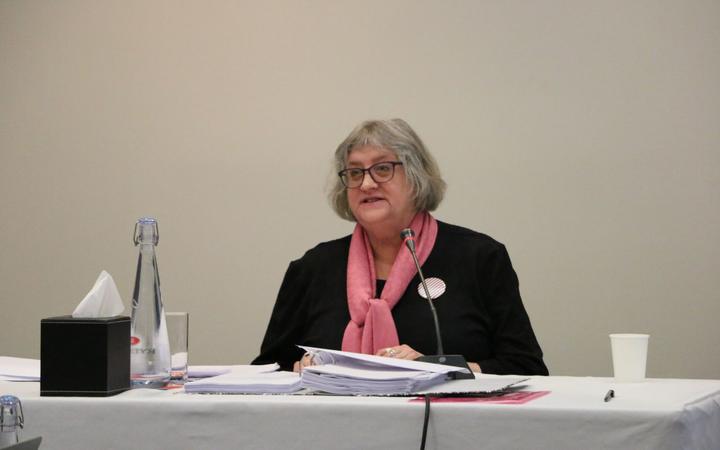 Dr Stace said an official apology to survivors was needed.

"So I think we really need that apology from the top for over a century of state-based policies targeting disabled children, young people and adults. It was wrong, it was unjust and its legacy lingers in ongoing reports of disability discrimination and abuse."

Dr Stace described many of the survivors of abuse in state care as heroes.