A man who spent more than a decade advocating for children of the state has told the Royal Commission into Abuse in Care that many were shocked with electricity, kept in cells, and beaten with bits of rubber in the 1970s. 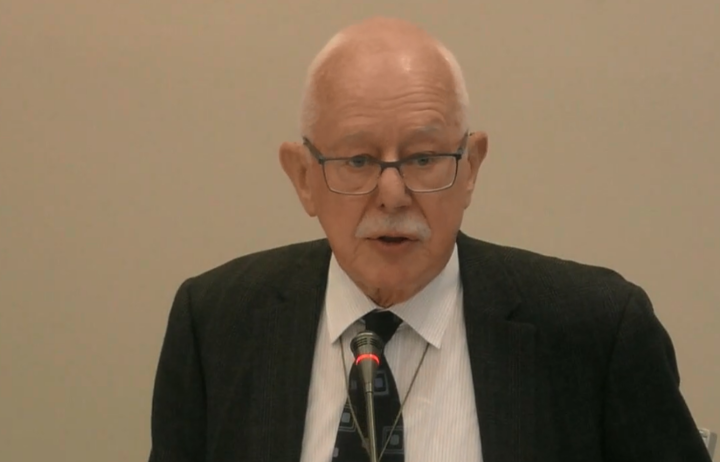 Dr Oliver Sutherland was a member of the Nelson Māori Committee and the Auckland Committee on Race and Discrimination in the 1970s and 1980s.

He was involved in a series of investigations into the abuse of children, particularly Māori, by the state and personally advocated for many of them.

Dr Sutherland this morning gave evidence to the Royal Commission into Abuse in State and Faith-based care on the third day of its hearing.

In the 1970s, he said there were 20 social welfare homes throughout the country and thousands of children passed through them each year.

More than 1000 children, aged between 14 and 17, were taken to Ōwairaka Boys' Home in Auckland every year, he said.

He told the Royal Commission about the cruel treatment children experienced there, and how one boy was held in a secure cell for 10 days in 1978 at the Boys' Home.

"He was immediately placed in what the Department of Social Welfare termed secure care which is in fact solitary confinement, in a cell about three metres by two metres."

"The only clothes he was allowed to wear was a tee-shirt and football shorts, no underpants, no singlet, no socks, no shoes."

And Dr Sutherland said it only got worse.

"In those secure cells all meals were taken in the cells sitting on his bed beside his toilet, and the only time he mixed with the other boys was at physical training, PT three times a day that totalled one hour and even then the boys were not permitted to talk to each other. So he was locked alone in his cell for 23 hours a day for 10 days."

The humiliation of the boys started from day one, according to Dr Sutherland.

"On admission every child had to strip in front of staff, get deloused and then given a tee-shirt and shorts."

One 8-year-old child, who often wet the bed, was forced to wear an electrified helmet attached to his genitals that would shock him with electricity if there was urine, he said.

"Bed wetting was common ... amongst the traumatised children."

Dr Sutherland said the boy went on to say that one day the staff must have got fed-up with him.

"The dial on the belt was meant to be set at a maximum of three for just a mild shock, but one night the dial was turned up to say 10 and I got a hell of a shock."

"One 11-year-old boy would not bend over after receiving six strokes on the buttock, three staff held him down while a fourth administered further strokes until he was severely bruised on the thighs, the buttocks and the jaw."

Another child was asked to cut the grass with shears at the Boys' Home, he said.

He was forced to kneel as he cut the grass and hit with a cane for being too slow, Dr Sutherland said.

Dr Sutherland said for children at Ōwairaka Boys' Home "punishment was not restricted to the cane." Boys were also hit on the buttocks with a large piece of rubber that is often found on dairy farms.

He went on to detail the experiences of children at the Adolescent Unit of the Lake Alice Psychiatric Hospital. Children there received electro-convulsive therapy, or ECT, as punishment, he said.

Dr Sutherland recalled the experience of one child.

"It [the shock] jolted him out of the chair and he rolled around on the floor until it was turned off."

He said one boy described how they used to be put in a dayroom after school on Fridays and call out those who had "misbehaved or had been naughty".

"They were taken to the medical room and they electrodes were placed on either side of their knees.

"They were given a shock as a punishment and we could hear their screams."

Oliver Sutherland said the abuse he witnessed compared to an inquiry into mistreatment of boys at a Catholic run home in Stoke, near Nelson back in 1900.

He told the Royal Commission a separate inquiry was needed into the "terrible, terrible" treatment of children at Lake Alice.

"How were staff allowed to give electric shock treatment to children without a doctor there?"

Dr Sutherland said the separate inquiry was not the job of the Royal Commission but it needed to happen.

"Nobody was looking when 8-year-olds were dragged through the court to face one charge or another."

Māori children facing charges before the court were twice as likely to be sent to a penal institute than a non-Māori child, he said.

Dr Surtherland also told the inquiry non-Māori were more likely to be fined or receive a "softer sentence".

Between 1974 and 1976, 100 percent of girls sent to detention centres, or borstals, in New Zealand were Māori.

Commissioners thanked Dr Sutherland for looking into the abuse of children in care "when others didn't" and as he left the witness stand he received a standing ovation from abuse survivors and advocates in the public gallery.