Wellington's new mayor is confident he will hold the reins for three years - even though there is a recount on the cards. 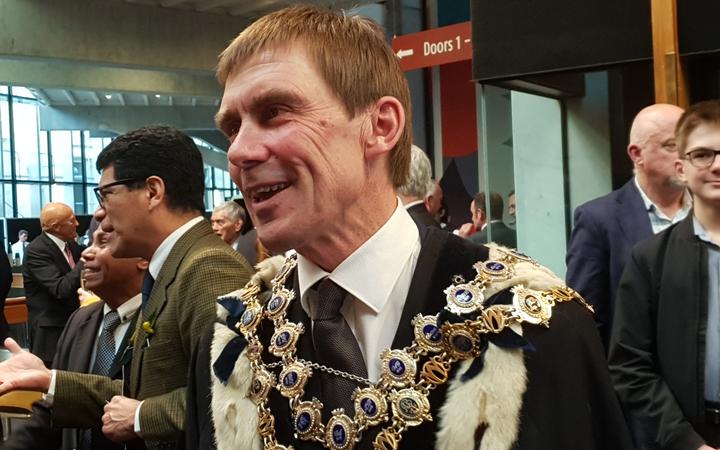 Andy Foster won the election by a narrow margin of 62 votes, but the now former mayor Justin Lester has gone to the District Court, asking for a recount. The decision is expected next week.

Mr Foster and 14 freshly elected councillors lined the stage for the inauguration which was opened with waiata, kaikaranga and karakia.

The room was filled with whānau and friends of the city's newest representatives - poised and ready to applaud as they made their declaration. 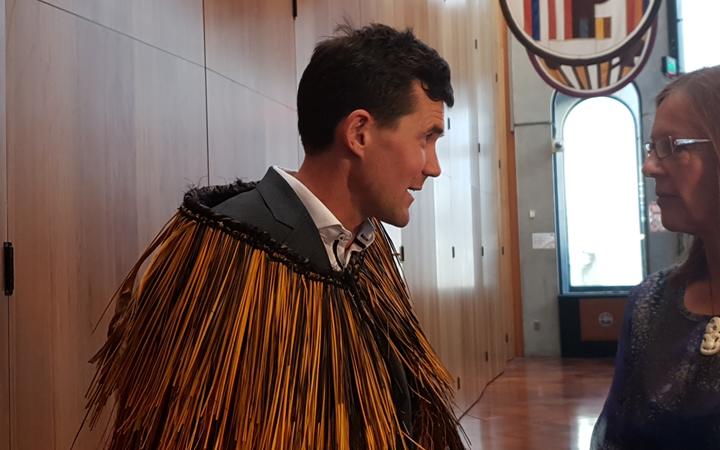 The jingling of mayoral chains could be heard, while the audience silently watched the outgoing Mr Lester place them round the Mr Foster's neck.

Mr Foster said he's confident that he won't have to hand them back.

He used his first official speech to highlight Mr Lester's loss after just one term as mayor.

Despite the new mayor appearing to take a dig at his rival's one-term loss, Mr Lester still offered his congratulations.

For his part, Mr Foster wants to get on with projects in Wellington - particularly transport and the building of a second Mount Victoria tunnel.

She doesn't have to release the full letter, but did make clear she wanted to prioritise public transport over the development of the tunnel.

Despite her clarification, Mr Foster said there are still big questions.

"That's probably not very helpful because that still leaves a question mark as to what the letter ever said and to how the decision making process occurred but we'll work together, I'll look forward to doing that."

He said there'll be some disagreements between them but that's life.